IRA Mauritania in Belgium Stands Up Against Slavery

On 20 May 2017, members and supporters of the Initiative for the Resurgence of Abolitionism in Mauritania (IRA Mauritania) in Belgium gathered in Square du Bastion in Brussels, Belgium, to demonstrate against slavery, a widespread issue in the Islamic Republic. The event, which took place from 11:00 to 13:30, gathered around 50 people and was the occasion for antislavery activists to speak up against the discrimination the Haratin face in the country and call for the liberation of antislavery activists Moussa Ould Bilal Biram and Abdallahi Matala Seck.

Below are some photos taken during the event: 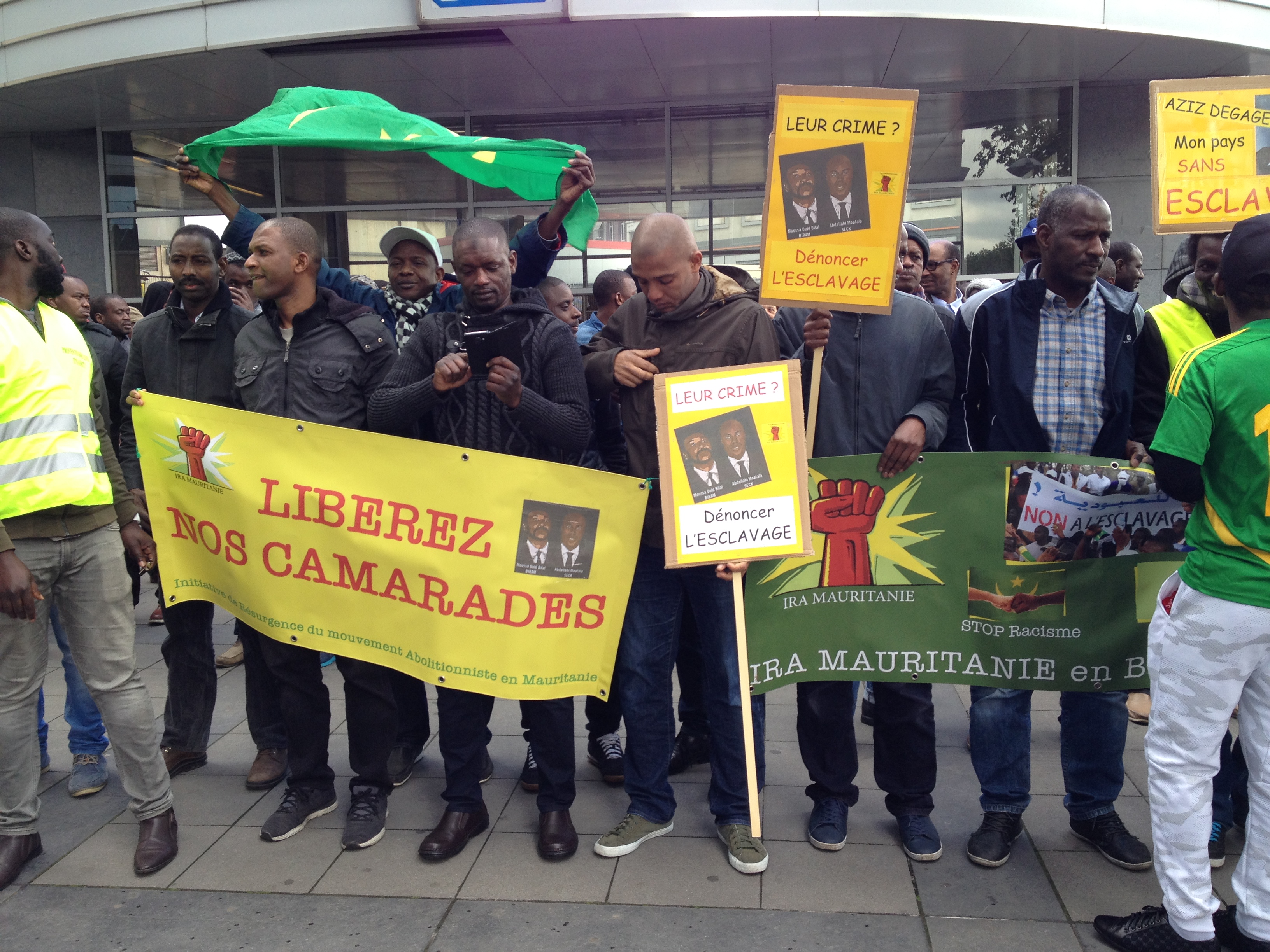 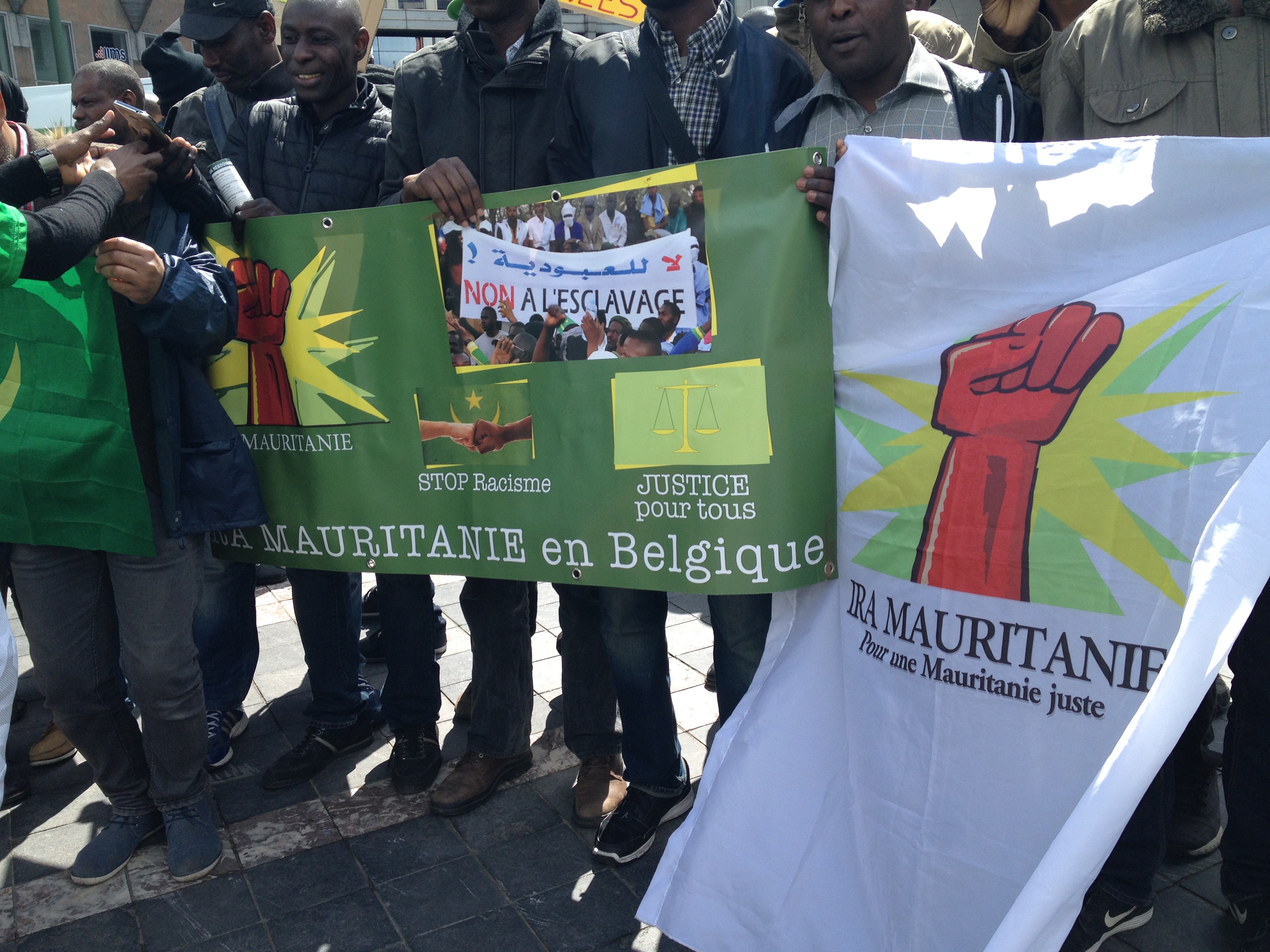 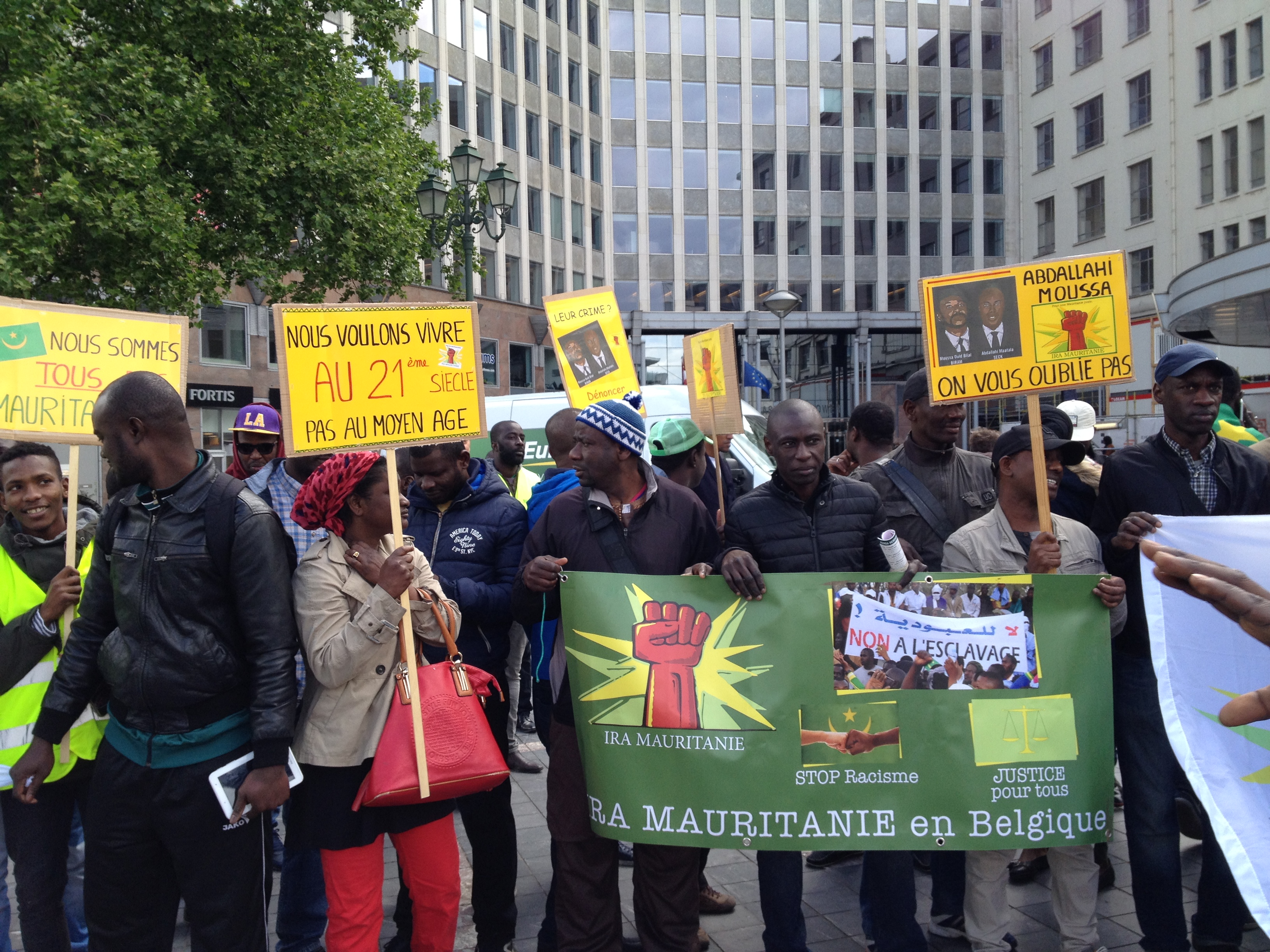