On 22 March 2017, the Unrepresented Nations and Peoples Organization (UNPO), in collaboration with the People’s Alliance for Freedom and Democracy (PAFD) and Mrs Liliana Rodrigues, Member of the European Parliament from the Group of the Progressive Alliance of Socialists & Democrats (S&D), held a conference at the European Parliament in Brussels entitled “Women’s Inferno in Ethiopia: The Plight of Women from Ogaden, Oromo, Benishangul-Gumuz, Gambella & Sidama”. The conference assembled a wide variety of perspectives on the compound struggles facing marginalised populations within Ethiopia and, more specifically, the dismal condition of women’s rights within the country. The speakers covered topics ranging from the famine and cholera in Ogaden to child abduction in Gambella to the Irrecha massacre in Oromiya, with the main themes of minority suffering and gender-based violence recurring throughout the presentations. With nearly 100 participants attending and more than 10,000 viewers following the event’s live stream on Facebook, the conference succeeded in drawing much needed attention to the seemingly intractable and unending cycle of human rights violations in Ethiopia. 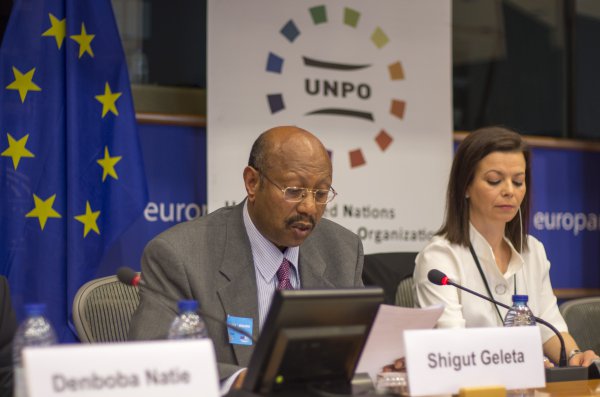 After welcoming speakers and participants from across the globe, the conference’s host, MEP Liliana Rodrigues, opened the event by expressing that the responsibility to stop the atrocities in Ethiopia belongs to us all: “We are here to help break the silence.” Dr Shigut Geleta, of the Oromo Liberation Front (OLF), reminded the audience that large donors, such as the European Union and the United States, continue to provide substantial aid to Ethiopia despite the country’s heinous human rights record. Dr Geleta emphasised that this aid has been crucial in maintaining the ruling coalition’s stranglehold on political power in Ethiopia. 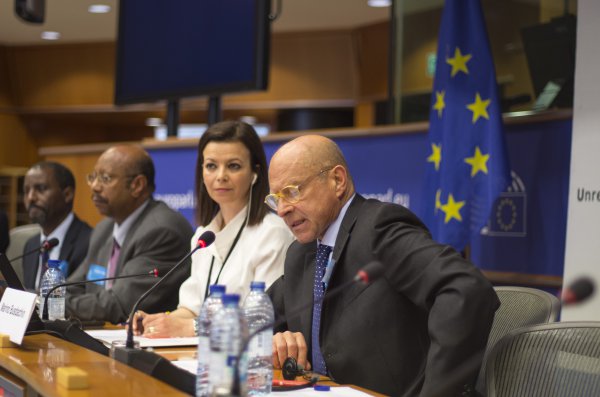 Continuing off of this point, Mr Denboba Natie, an executive committee member of the Sidama National Liberation Front, raised the question of how marginalised communities can make their struggle known when internationally sponsored funds are flowing into the authoritarian regime, contributing to their repression. For a moment of reflection, Mr Natie asked the entire conference to stand in silence to honour the pain and sacrifices of these subjugated peoples and of the women and girls who have been victims of gender-based and sexual trauma in Ethiopia. UNPO Secretary General Marino Busdachin made reference to the array of issues affecting these regions, such as land-grabbing, eviction, poverty and extrajudicial killings, ultimately declaring that “enough is enough.” 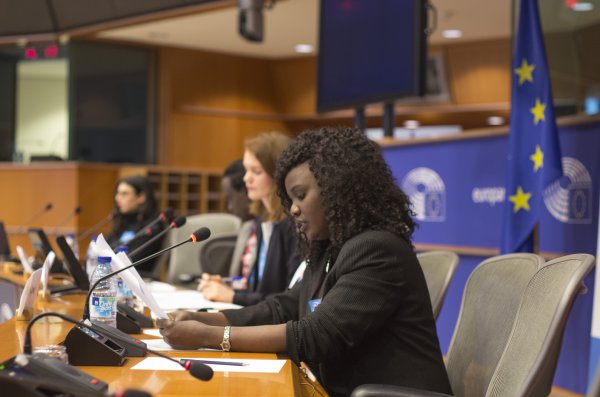 To open the first panel, a statement by Graham Peebles, freelance writer and director of The Create Trust, was read by moderator and UNPO Programme Officer Julie Duval. Mr Peebles’ statement drew attention to a number of worrying issues in Ethiopia – the lack of independent media sources, the stifling of any political dissent, the routine sexual abuse and rape of imprisoned women – all of which contribute to the precarious condition of human rights for marginalised populations. Ms Ajo Agwa of the Gambella People’s Liberation Movement and the Gambella Women’s Association gave a poignant overview of the ongoing violence in her region, where public schools and medical clinics are looted, children are abducted and civilians are massacred by assailants clad in military uniforms under the guise of enforcing protection along the border with South Sudan. 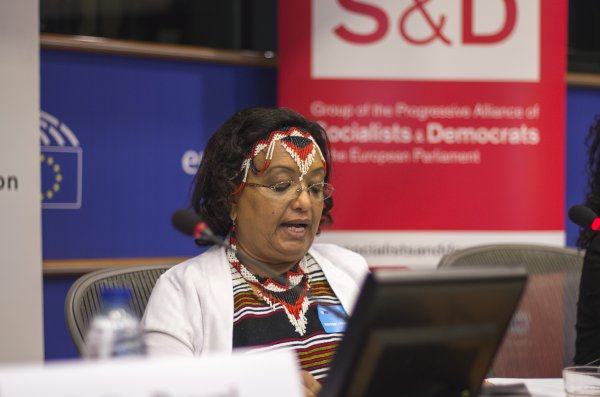 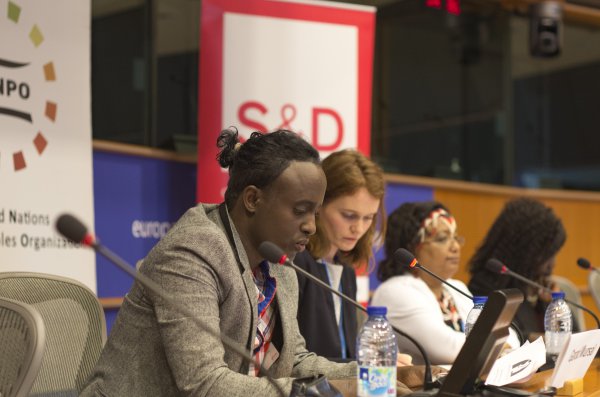 Mr Garad Mursal, Director of the African Rights Monitor, stated that “civilians in Ogaden, Oromiya, Benishangul-Gumuz, Gambella and Sidama have been subjected to mass murder, torture and rape” by the Ethiopian government and their allies. Mr Mursal explained that due to the famine and the cholera epidemic in the Ogaden region, entire villages of Somalis are being wiped out and yet the Ethiopian government continues to prioritise economic development over fundamental human rights. Following Mr Mursal’s speech, a clip of Mr Peebles’ short documentary entitled Ogaden: Ethiopia’s Hidden Shame was shown in which Somali women give first-hand accounts of the sexual violence and torture they endured at the hands of Ethiopian security forces. 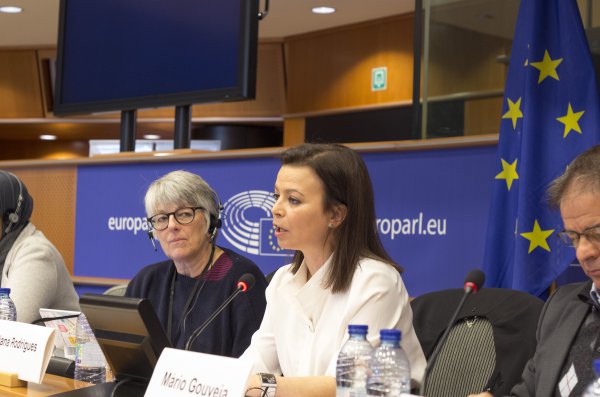 The second panel focussed more exclusively on women’s rights and sexual violence. Mrs Rodrigues reminded the audience that Ethiopia is hardly a unique case when it comes to sexual abuse and rape being used as a weapon of war. She called for accountability measures to be enacted by the Ethiopian government to guarantee that the perpetrators of these crimes are brought to justice, but also to provide physical and psychological care for victims of sexual trauma. Significantly, Mrs Rodrigues emphasised that there must be liability where foreign aid is concerned, and she urged the European Union to put Ethiopia at the top of its agenda. 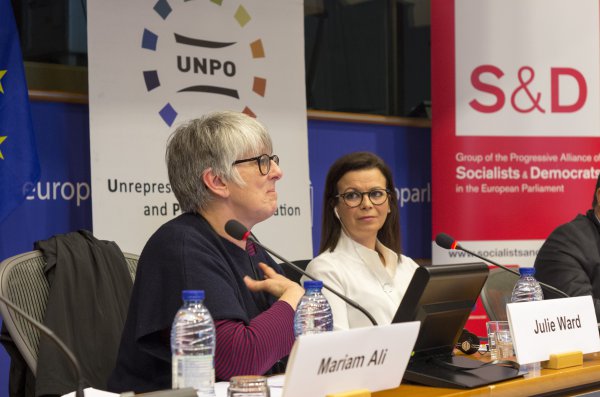 MEP Julie Ward (S&D) succinctly but powerfully intoned that “The root cause of violence against women and girls is inequality.” In considering the effects of how widespread sexual violence has contributed to the devastation of marginalised communities in Ethiopia, Ms Ward stressed that as a war tactic, mass rape is constitutive of genocide and ethnic cleansing. She further declared it “absolutely wrong that EU aid money should be in any way complicit in these human rights violations and crimes of sexual violence”. 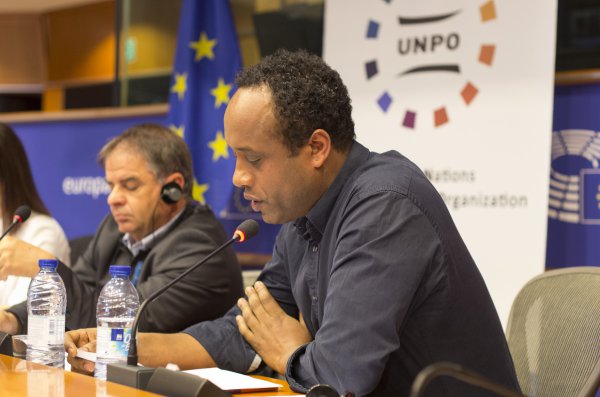 Oromo medical doctor Dr Baro Keno Deressa reiterated Ms Ward’s statements about rape being used as a tool of war in Ethiopia, where sexual violence is used strategically to terrorise and ultimately destroy marginalised communities. He maintained that “it is a violation of human rights when women are not given the right to plan their own families”. Moreover, women from these regions are deliberately excluded from the women’s empowerment programmes touted by the Ethiopian government as a model of their progress. Both Dr Deressa and Ms Mariam Ali, an activist currently studying at the School of Oriental and African Studies in London, asserted that rape has become institutionalised in Ethiopia. 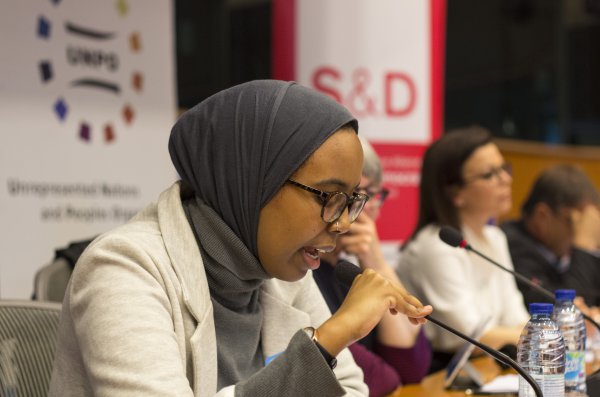 In closing the second panel, Ms Ali provided a summary of facts about the situation in the Ogaden region, including that the Ethiopian army’s blockade has kept independent journalists and medical officials from entering the region. The population is being starved by a “man-made famine”, and Ms Ali affirms that women are subjected to near-constant rape and torture. Ms Ali ended her speech by addressing these brutal human rights violations with a Somali proverb, “Dhiiga kuma dhaqaaqo?” which translates to “Does your blood not move?" 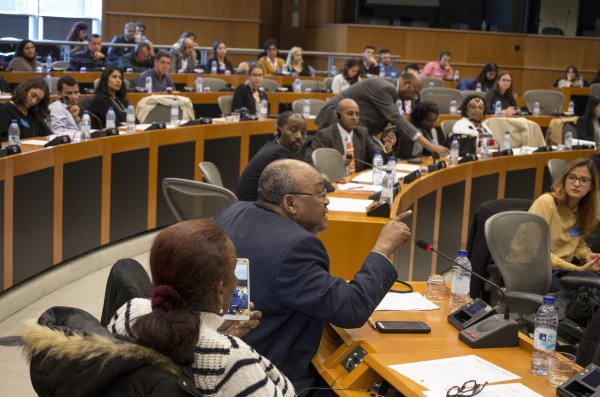 Mrs Rodrigues and Ms Duval gave the final remarks, addressing both the general human rights situation in Ethiopia and the particular burden born by women from marginalised regions. Mrs Rodrigues underlined once again that action must be taken to see that international funds are solely being used in a fashion that supports human rights and ensures women’s rights. Overall, the conference provided a distinct opportunity for representatives of marginalised groups in the regions of Oromiya, Ogaden, Benishangul-Gumuz, Gambella and Sidama to speak directly to Members of the European Parliament and recount their experiences to a wider audience of human rights activists and civil society actors. A fruitful exchange of views following the official programme brought this important event to a close and allowed representatives from the media, academia, political decision-makers, as well as representatives of civil society and diplomatic missions to engage in a lively discussion. 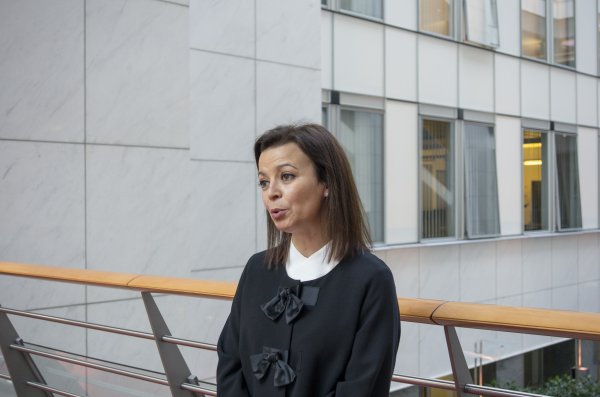