On 16 March 2017, the Unrepresented Nations and Peoples Organization (UNPO), in cooperation with the Nonviolent Radical Party, Transnational Transparty (NRPTT), convened a side-event to the 34th Regular Session of the United Nations Human Rights Council. Entitled “In the Shadow of the Silk Road: Economic Exploitation and Human Rights Violations in Balochistan”, the successful international conference brought together high-level international speakers to discuss the multifaceted and intersecting factors leading to the marginalisation of the Baloch and the gross human rights violations inflicted upon them.

Baloch Human Rights Campaigner Mr Noordin Mengal, as moderator, introduced the conference by giving an overview of the controversial China-Pakistan Economic Corridor (CPEC) -  a $46 billion infrastructural project which aims to connect western China to the Indian Ocean via Pakistan, cutting through Balochistan, Sindh and Gilgit Baltistan. In addition to this, Mr Mengal introduced the context in which CPEC is taking place, that is a denial of the Baloch’s most fundamental rights since the birth of Pakistan. Mr Mengal also stressed that the international community cannot stay silent as human rights violations inflicted upon the Baloch population will only increase. 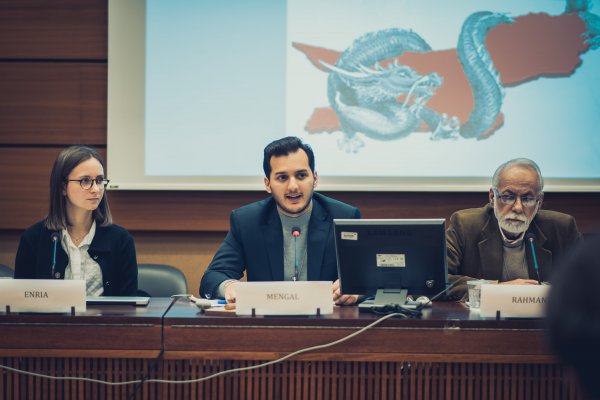 Ms Nicoletta Enria of the Unrepresented Nations and Peoples Organization (UNPO) expanded on this by focussing on the silence of the international community on the plight of the Baloch people, reinstating UNPO’s commitment to advocating for their rights. Due to the almost complete absence of free press on the ground, it is the responsibility of the international community to publicly discuss the issue through high-level conferences and in the media, to raise awareness for the suffering of the Baloch and to lead policy makers to give more attention to the issue. 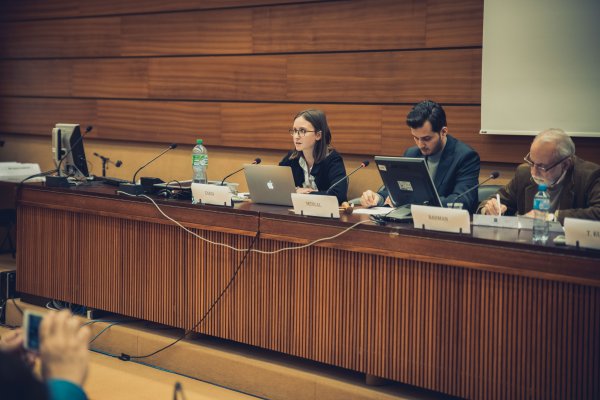 Mr T. Kumar, Amnesty International USA's International Advocacy Director then spoke about the use of enforced disappearances by the Pakistani authorities in Balochistan, highlighting how people from as young as 12 years of age have been abducted. Moreover, he stressed how any foreign aid given to Pakistan has been extended to violate the rights of the people they are meant to protect. Mr Kumar underlined how it is only the Pakistani government and military that could effect change, but how since the country’s independence these authorities have systematically been abusing the Baloch and other ethnic minorities instead. 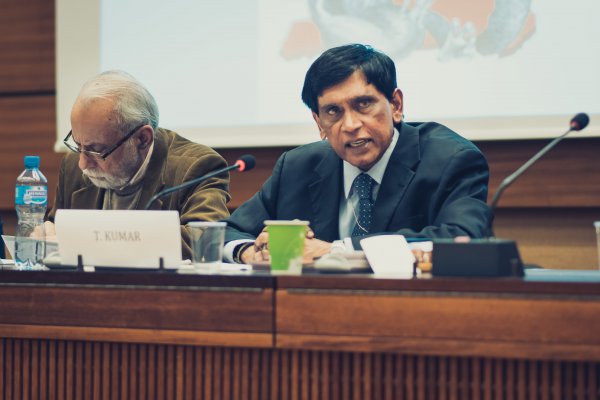 Former editor of the of the Daily Times Pakistan Mr Rashed Rahman, then gave an insight into how it is not the people of Punjab who are oppressing the Baloch, but rather the Pakistani military and political elite. He then emphasised that despite this, it is the duty of the people of Punjab to stand up for ethnic minorities and their rights. Furthermore, Mr Rahman shed a light on how an increasing number of Chinese military settling in Balochistan are destabilising the already dwindling demographic situation of the Baloch in their ancestral lands. In addition to his, Mr Rahman provided the audience with a unique insight into the demise of the Pakistani free press, due to his prominent position as editor of one of Pakistan’s most distinguished newspapers – the Daily Times Pakistan, “May it Rest in Peace” he emphatically concluded. This was then followed by some concluding remarks presented by Mr Mehran Baluch, Representative of Balochistan at the UNHRC and EU. 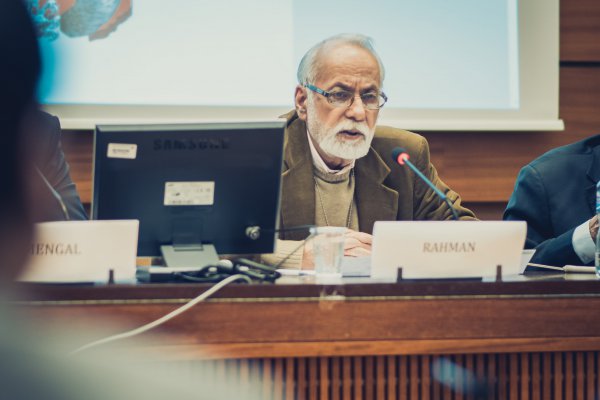 The side-event brought together high-level speakers who offered diverse insights, bringing forward a long-term campaign to raise awareness at the Human Rights Council, of the ill-treatment of the Baloch people – subjected to extrajudicial killings, torture, enforced disappearances, economic and social marginalisation and exploitation of the region’s plentiful natural resources. Furthermore, the event focussed on filling the information gap on the implications of the CPEC project for the Baloch people, due to restrictions for independent media and civil society to have access to the region. As the event concluded, the speakers reminded the audience members of the moral responsibility of the international community to stand up for the Baloch people and make concrete steps towards ending the ongoing slow-motion genocide in Balochistan.