On 8 February 2017, the Unrepresented Nations and Peoples Organization (UNPO) in collaboration with the International Campaign for Tibet (ICT) and the International Federation for Human Rights (FIDH) held a conference at the European Parliament in Brussels, kindly hosted by MEPs Ilhan Kyuchyuk (ALDE) and Thomas Mann (EPP). The conference, entitled “Chinese Counter-Terrorism Policy: Impacts and Dangers for Tibetans and Uyghurs”, offered an opportunity to engage in an in-depth discussion about the adverse effects China’s counter-terrorism policy has on minority groups, in particular Tibetans and Uyghurs. Moderated by Tommaso Nodari, Programme Director of the UNPO, the conference allowed experts to assess various aspects of the Chinese government’s attempts not only to continue repressing these communities, but to legitimise their tactics on an international stage.

In their introductory remarks, Members of European Parliament Ilhan Kyuchyuk (ALDE) and Thomas Mann (EPP) stressed the necessity of bringing awareness to these human rights issues through the platform of the European Parliament, which has to be a forum for human rights. Mr Marino Busdachin, UNPO General Secretary, then addressed the critical role the international community should play in advancing democratic ideals, the rule of law, and human rights for all. 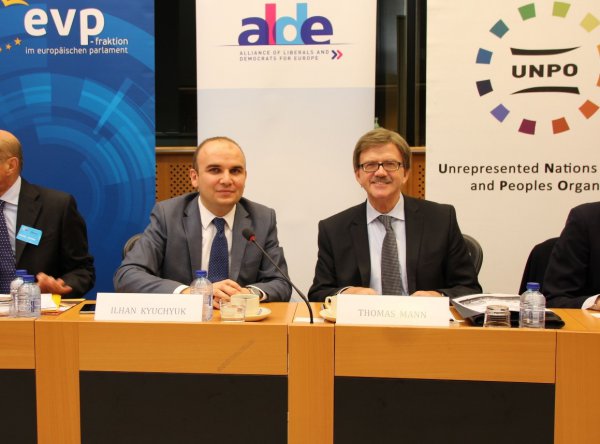 Vincent Metten, EU Policy Director for the International Campaign for Tibet, was first to take the floor with a compelling presentation that evaluated the situation in Tibet, offered a critical assessment of counter-terrorism policy, and proposed several recommendations for improving these circumstances. Interpreting the counter-terrorism policy as part of a new, comprehensive security architecture, Mr Metten pointed to evidence of parallel efforts in China: heightened media censorship, increased militarisation, and the NGO law all point to an intensified commitment to enforcing compliance across China.  Mr Metten reminded us that “China uses international fora to leverage its political objectives,” and this ultimately represents an emerging paradigm of China progressing from a domestic strategy to an international one. During his presentation, Mr Metten also referred to the report ICT recently released jointly with FIDH on the topic. 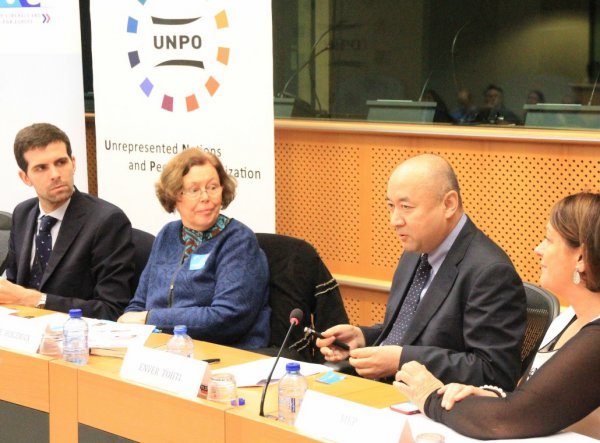 The second speaker of the conference was Uyghur surgeon and independent researcher Enver Tohti, who gave a firsthand account of the religious and ethnic discrimination Uyghurs face in East Turkestan. He gave specific examples pointing to discrepancies between how the Chinese government portrays Uyghurs and how it acts, which implies otherwise. Mr Tohti referenced China’s sustained “victim strategy,” wherein the Chinese Communist Party makes bold claims about domestic terrorism and perpetuates a feeling of chaos blamed upon minority groups. After Mr Tohti’s presentation, MEP Csaba Sógor (EPP) extended his solidarity with their cause, alluding to the influence of the Soviet Union in his home country of Romania. He maintained that our efforts must remain peaceful and promote respect between communities.

Through a series of examples, Professor Marie Holzman, Sinologist, writer, and President of Solidarité Chine spoke of the general situation in China, from the silencing of political dissenters and the arrests of lawyers to the hyper-regulation of knives in Kashgar, all carried out under the guise of maintaining “social stability”. The case of Prof Ilham Tohti, she specified, was a prime example of the Chinese government exerting undemocratic power to stifle open dialogue. Echoing the other speakers, Professor Holzman highlighted how having a Chinese director of INTERPOL suggests a potential shift from restrictive domestic measures to international action. In response to questions raised during the Q&A, both Professor Holzman and Mr Metten emphasised the responsibility of the European Parliament to promote human rights through rational and specific actions, while also increasing opportunities for constructive dialogue.

During the Q&A session, Tashi Phuntsok, Representative for His Holiness the Dalai Lama, made an important comment about how these new initiatives, such as the counter-terrorism policy, are China’s strategic endeavor to obtain international credibility and therefore to justify their repressive tactics. The major concern with these developments is not the mistreatment of Tibetans and Uyghurs, which has been ongoing, but the veil of respectability China is crafting in order to preserve control.

Jean-Marie Rogue, EU Liaison Officer at FIDH, gave a concise reflection on the future of Europe’s relations with China. He resonated with Professor Holzman’s depiction of the lack of legal recourse in China, underlining the need for judicial independence. Overall, the conference made a clear effort to substantiate claims about China’s discriminatory practices with a diversity of evidence, and with particular attention to the tangible consequences of China’s counter-terrorism policy. In closing, Mr Rogue acknowledged that, while European Parliament leaders are well aware that this counter-terrorism policy is primarily a tool for repressing minorities, it is also imperative to understand that many of these human rights violations are not new phenomena. Rather, he emphasised, these new policies are efforts to legitimise discrimination and therefore, in our continued efforts, “We do not need to reinvent the wheel – we just need to remain focussed.” 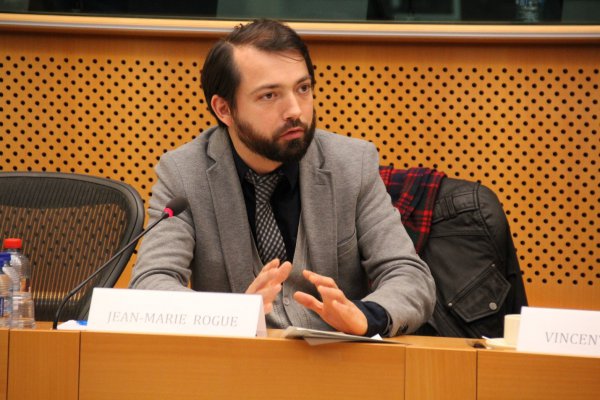 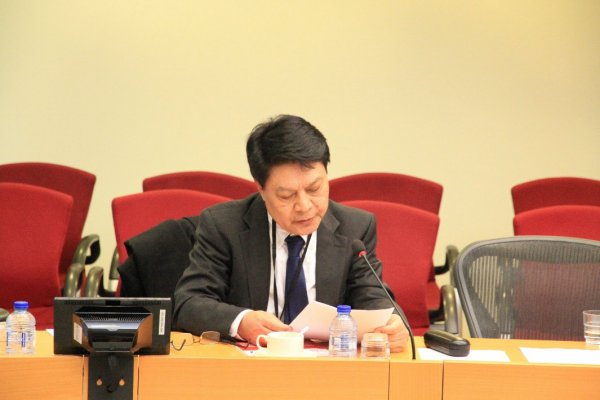