On 5-9 December 2016, UNPO organised a fact-finding mission to Brazil to visit and learn about the dire reality on the ground of the indigenous Guarani-Kaiowá, in the state of Mato Grosso do Sul. Organised in cooperation with the office of Brazilian Member of Parliament Ms Janete Capiberibe, and thanks to the kind support of the Nando Peretti Foundation, the successful mission opened way to an unprecedented level of European Parliament support to the indigenous peoples in Brazil. The delegation was coordinated by UNPO representative Mr Fernando Burgés and consisted of 4 Members of the European Parliament: Francisco Assis (S&D); Marisa Matias (GUE/NGL), Julie Ward (S&D) and Estefania Torres Martinez (GUE/NGL), as well as representatives of Ignazio Corrao (EFDD), Pier Antonio Panzeri (S&D) and Ramon Tremosa i Balcells (ALDE); Mr Erik von Pistohlkors, from the EU Delegation to Brazil, and Mr Lukas van Diermen, UNPO Project Assistant. The programme included high-level meetings with federal institutions and with the President of the Senate, public hearings at the Brazilian Congress and visits to several Guarani-Kaiowá indigenous communities.

Headed by Member of European Parliament Francisco Assis (S&D), the mission took place in the wake of a European Parliament resolution voicing concerns over the precarious situation in which the Guarani-Kaiowá live. The first meeting, on 5 December 2016, took place at the EU Delegation to Brazil, where the delegation was was welcomed by EU Ambassador to Brazil João Gomes Cravinho, as well as by representatives of a number of European embassies and consulates. Mr Francisco Assis MEP and Mr Fernando Burgés, UNPO, presented the mission, its programme and its objectives. The representatives in turn shared their perspectives on the situation of indigenous rights in Brazil and presented the projects their embassies have been developing concerning indigenous and minority rights in the country. 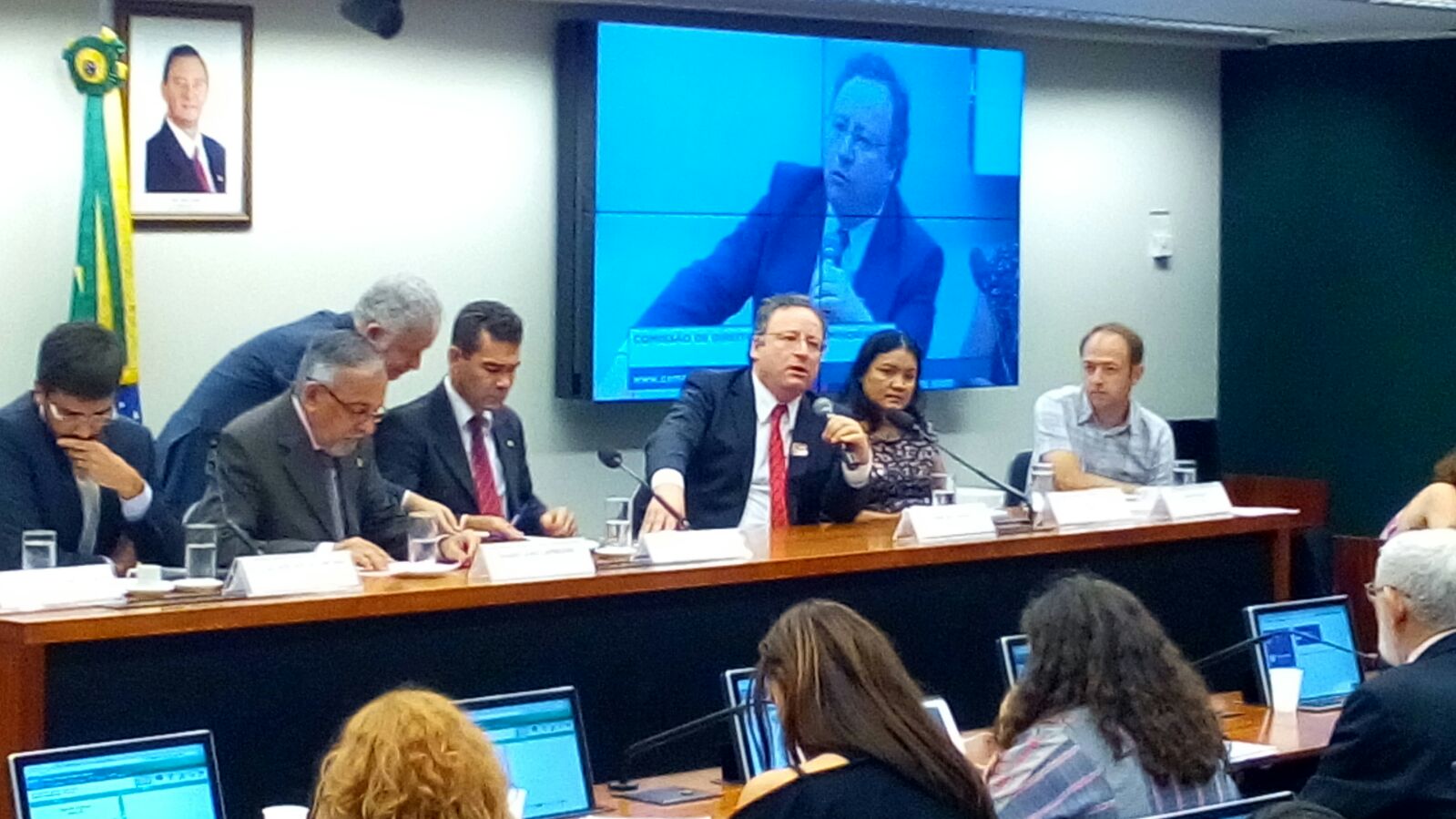 Later that day, the delegation attended a public hearing at the Federal House of Deputies, organized by Comissão de Direitos Humanos e Minorias. Members of the delegation listened to speeches by representatives of the Ministério Público Federal, the Articulação dos Povos Indígenas do Brazil (APIB) - an organ uniting Brazilian indigenous tribes nationwide in their advocacy efforts - and the Conselho Indigenista Missionário (CIMI) - an NGO linked to the Catholic Church in Brazil, which among other activities documents incidents of violence towards indigenous peoples. Those who spoke at the hearing voiced an urgent call to combat anti-indigenous violence, which according to CIMI’s reports is a persistent and widespread problem in Brazil. Ms Valeria Paye (APIB), indigenous representative, noted that “this mission comes at a crucial moment in Brazil, as the rights that we have fought so long to attain are under grave threat."

Joined by Brazilian Members of Parliament Padre João, Ms Janete Capiberibe and Mr Edmilson Rodrigues, as well as representatives of CDHM and CIMI, the delegation then embarked on an airplane provided by the Brazilian Air Force to Dourados in the state of Mato Grosso do Sul to visit Guarani-Kaiowá communities.

On 6 December 2016, the delegation visited the indigenous communities of Kunumi Verá and Guayviry, before attending the annual meeting of the great council of Guarani-Kaiowá leaders at Aty Guasu. The visits were organised by CIMI in cooperation with the indigenous council. During all three visits, the delegation was welcomed with ceremonial dances and songs. MEPs were also confronted with heart-breaking stories of murders and enforced disappearances of indigenous leaders, as well as the extreme poverty in which the communities live. The issue of lands and territories, it became clear, is not one of ancestral ties alone. The land that in many cases is taken away for soy production is crucial to the subsistence and survival of many communities. During the meeting at Aty Guasu, where Guarani-Kaiowá leaders from all of Mato Grosso voiced the grievances of their peoples, it became clear that the problems witnessed at Kunumi Verá and Guayviry are present throughout the state. After hearing the grievances of the indigenous communities visited, Francisco Assis MEP expressed deeply felt sympathy and solidarity on behalf of the delegation, and also referred to Europe's historical responsibility in the suffering of indigenous peoples in America and elsewhere. 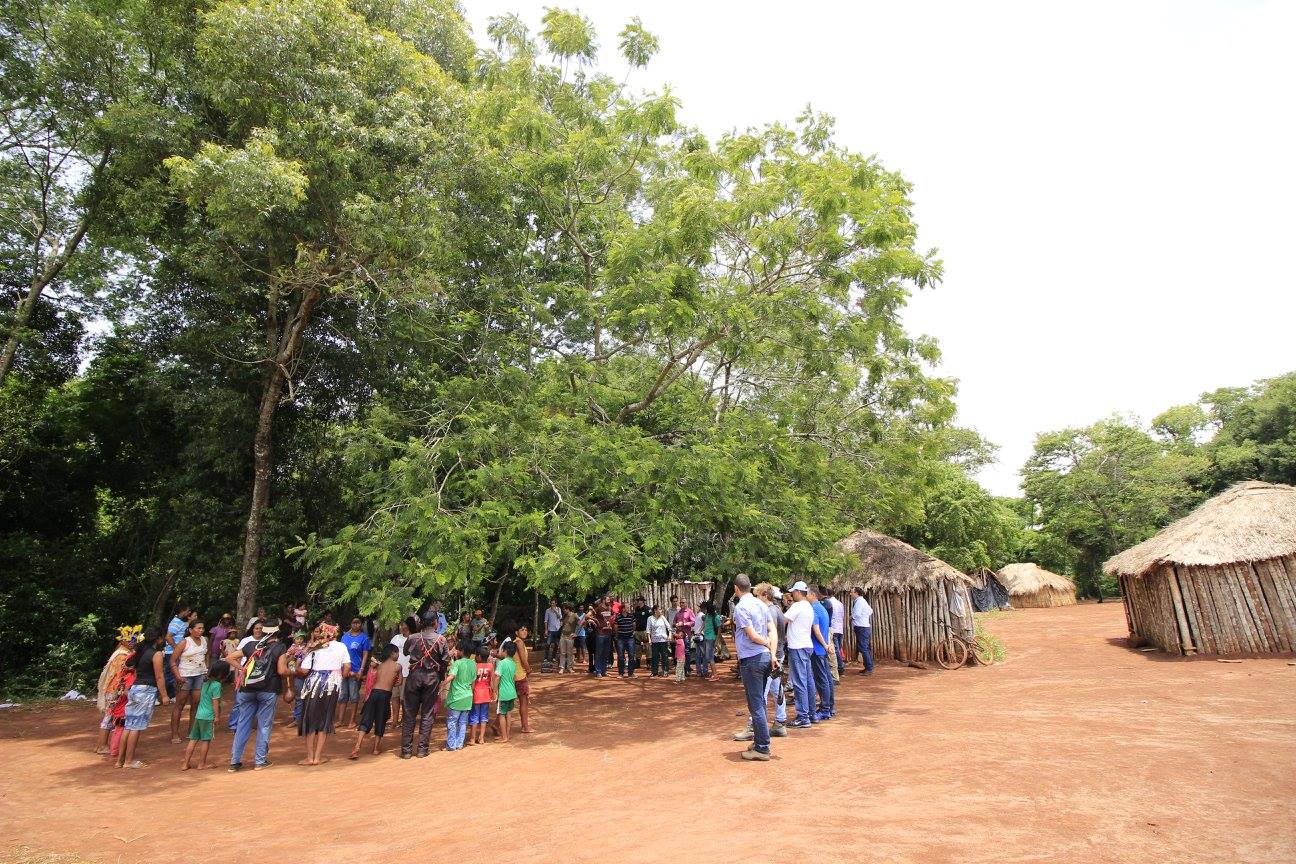 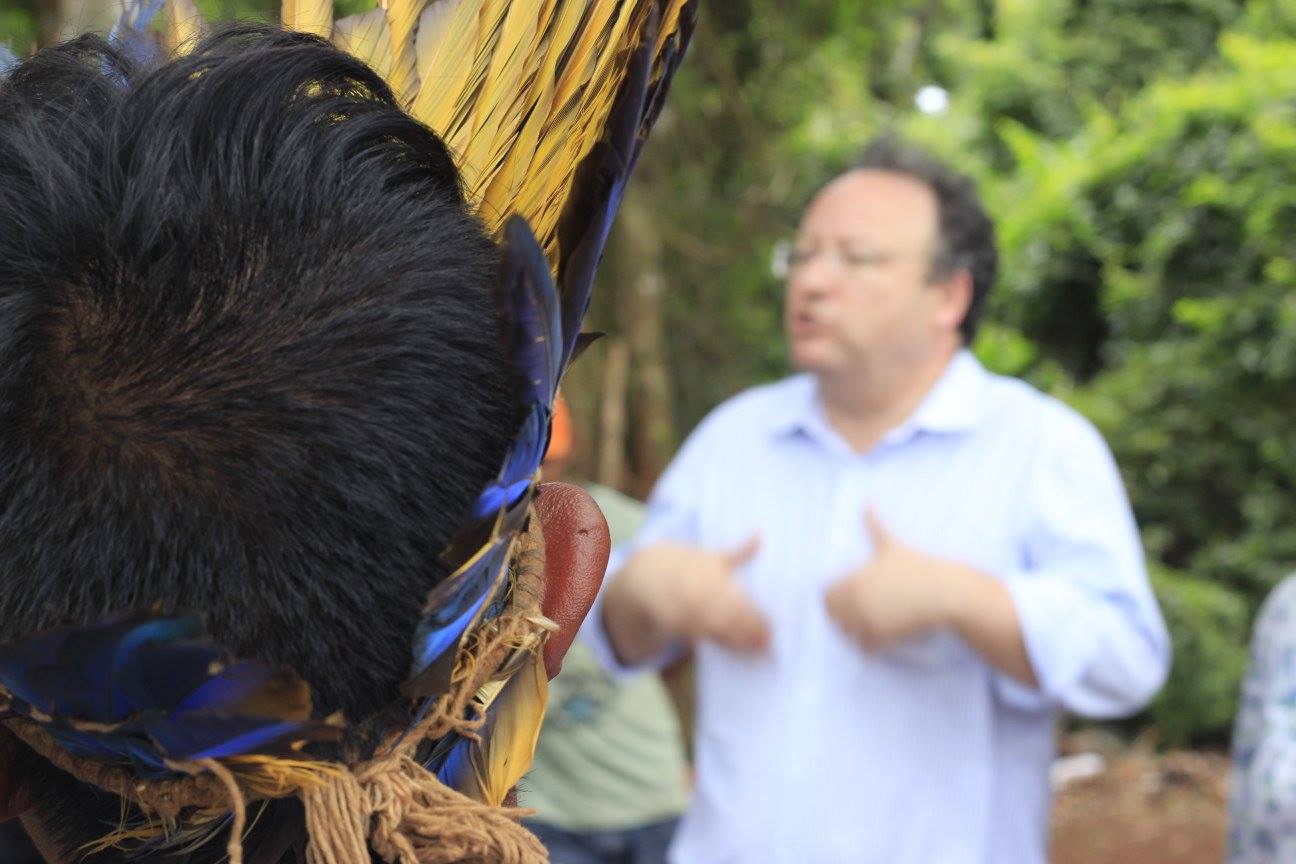 The delegation also visited the Assembleia Legislativa of Mato Grosso do Sul, where MEPs Assis, Matías and Torres Martínez met with deputies of the assembly representing both the indigenous perspective as that of the non-indigenous farmers with whom they are in conflict over land entitlements. The meeting offered a valuable opportunity to hear both sides of the story. Many small farmers were given land to cultivate during Brazil’s military regime, which turned out to overlap with indigenous territories. A major issue standing in the way of land demarcation is the lacking of funds from the federal government to buy out these farmers. The delegation’s activities in Campo Grande were widely covered in both regional and national media, due to the controversy that arises around indigenous territories. 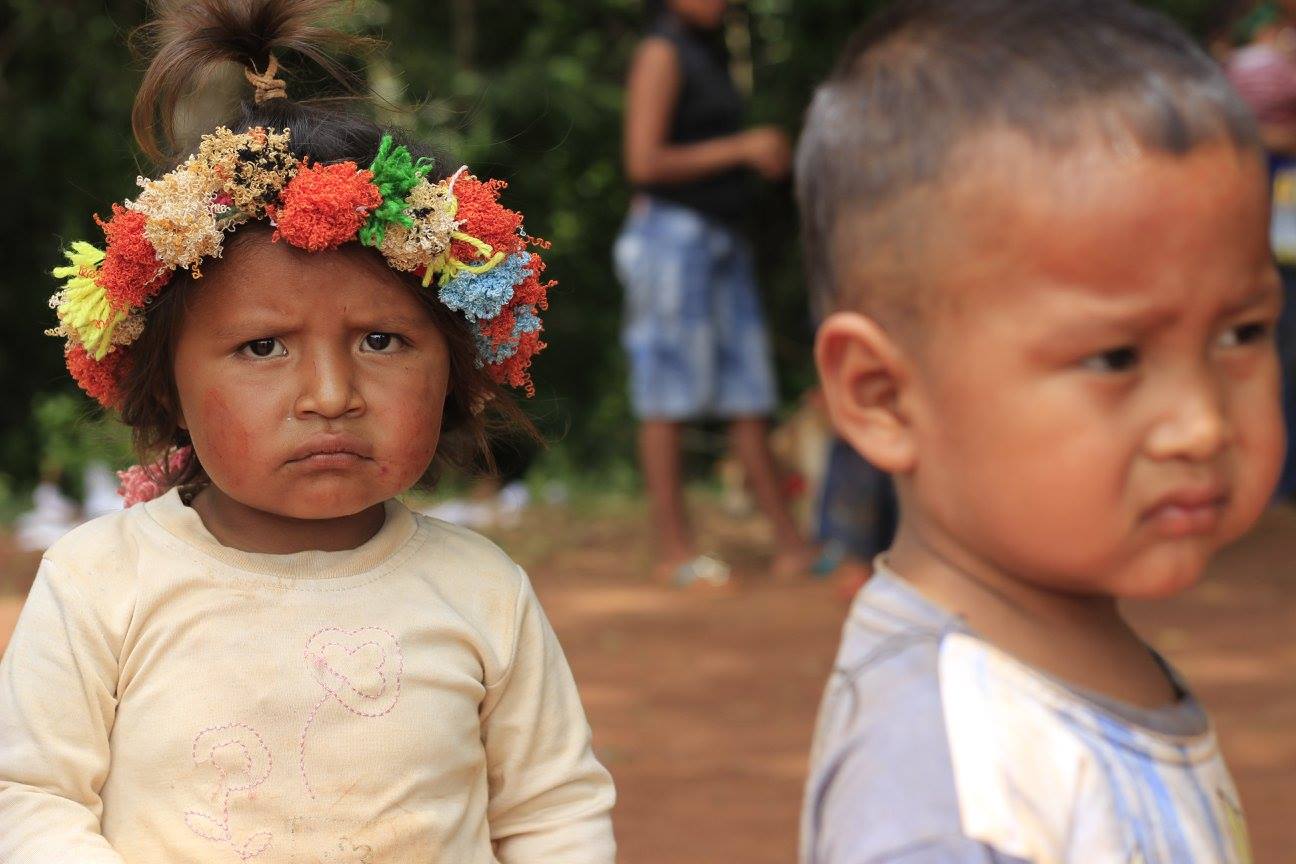 Back in Brasília on 8 December 2016, the delegation visited the federal congress, where Senator João Capiberibe and Federal MP Janete Capiberibe presented UNPO’s mission and its objectives to the Federal Senate and the Chamber of Deputies respectively. UNPO representative Fernando Burgés and the Members of European Parliament also had the opportunity to meet with President of the Senate Renan Calheiros, who expressed his delight at receiving the delegation and declared himself an ally of the cause for the protection of indigenous rights and the demarcation of indigenous territories.

On 9 December 2016, the mission was concluded by meetings with the Conselho Nacional de Direitos Humanos (CNDH) and with Federal Prosecutor Mr Rogério de Paiva Navarro, representing the Ministério Público Federal. Both are federal entities that act in defence of civil and human rights in general, and in that capacity closely follow the situation of indigenous rights in the country.

Throughout the mission, the UNPO delegation was constantly confronted with the severity of the situation in which the Guarani-Kaiowá and many other indigenous peoples find themselves. Despite a progressive federal constitution and the ratification of several international treaties such as ILO 169, Brazil suffers from a severe lack of political will to implement the rights of its indigenous peoples. Against this background and in cooperation with its many partners in Brazil and at the European Parliament, UNPO will intensify its efforts to enlarge the international support to indigenous peoples in Brazil in order to obtain concrete results, such as the recommendations of the resolution that was passed in the European Parliament on 24 November 2016.

The Unrepresented Nations and Peoples Organization (UNPO) would like to express its gratitude to  all who made possible the UNPO Mission to Brazil, starting from the Nando Peretti Foundation.  In addition to Brazilian MP Janete Capiberibe, Senator João Capiberibe, the Comissão de Direitos Humanos e Minorias and CIMI, UNPO is grateful for the generous support offered on the ground and in the air by the Brazilian Air Force and the Federal Highway Police. 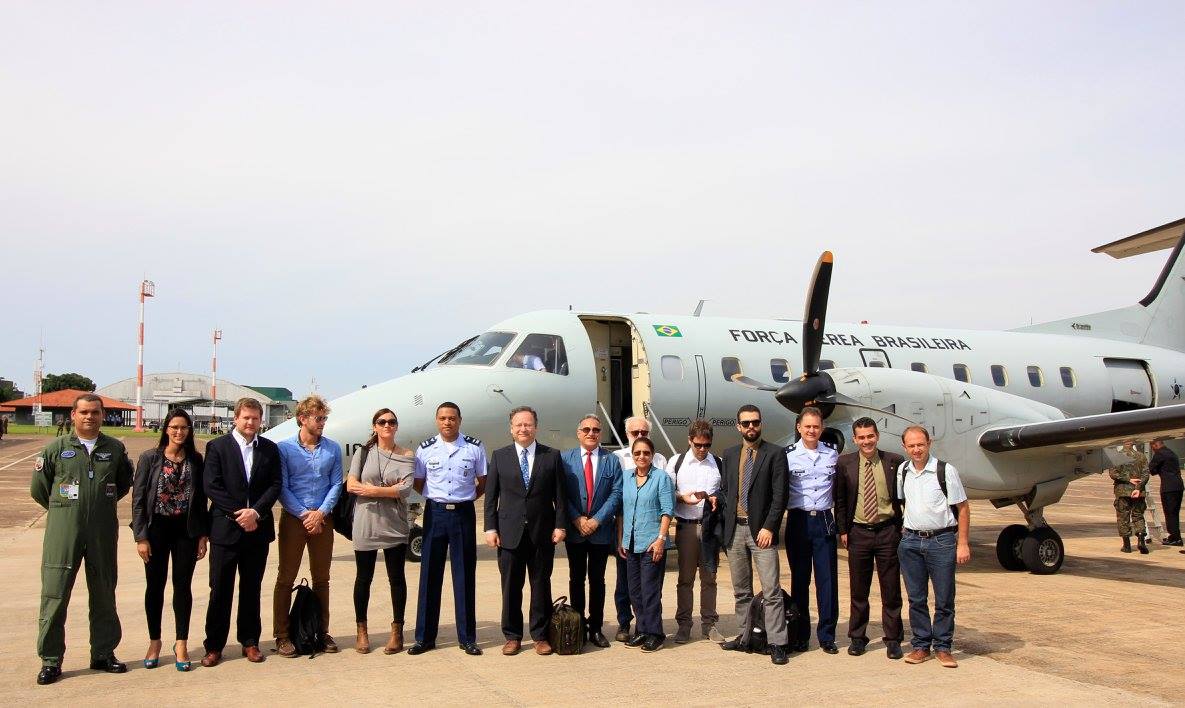