On 8 October 2016, members and supporters of the Baloch community held a protest in front of the International Court of Justice in The Hague, the Netherlands in order to demand accountability for crimes against humanity committed by Pakistani generals in Balochistan.

Representatives and supporters coming from different parts of the globe travelled to the International Court of Justice in The Hague, the Netherlands to draw attention to the dire human rights situation of the people in Balochistan and the imposition of the China-Pakistan Economic Corridor (CPEC) without the consent of the indigenous population. 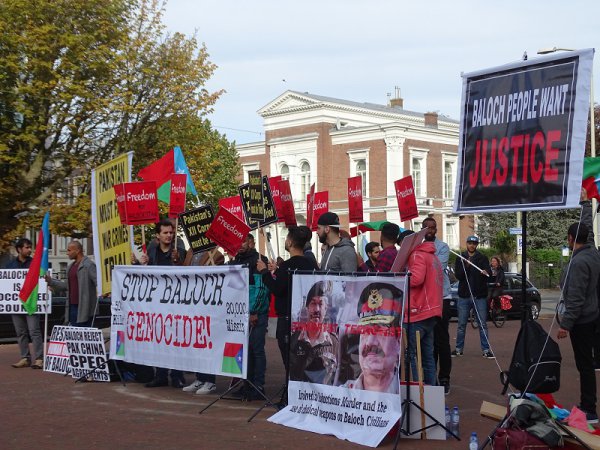 Balochistan is Pakistan’s most underdeveloped province. While the region is the country’s most resource-rich, it is denied the use of its own resources as they are sold to other provinces of Pakistan’s or neighbouring countries at below-market prices. The construction of a deep-sea port at Gwadar as part of the China-Pakistan Economic Corridor (CPEC) has proved to be the most controversial of Islamabad’s undertaking’s in the region. The port at the mouth of the Persian Gulf is supposed to provide China with the shortest route to the oil-rich Middle East. The mammoth project is brutally implemented by Pakistani security forces and will fundamentally change the region’s demography, turning the Baloch into a minority in their own land.

Law and order in Balochistan remains dismal and most citizens live in perpetual fear of assaults by both state and non-state actors. The advent of extremist militants poses threats to many communities and has led to unprecedented levels of sectarian bloodshed in the region. On all sides, the secular Baloch are subjected to extremist ideological worldviews and propaganda, mainly through state news and media. Moreover, in the name of the so-called War on Terror, the economic and weaponry support provided to Pakistan’s army is being used against the Baloch national struggle for self-determination, allowing crimes and human rights violations to be perpetrated against innocent Baloch people.

Baloch are treated as third class citizens, face discrimination and marginalization on a daily basis and in all walks of life, and fall victim to gross human rights violations perpetrated by the regime in Islamabad. They are the target of systematic state-sponsored violence and widespread violations of their individual and collective rights. Tragically, human rights violations – such as enforced disappearances, torture and arbitrary arrests – are the order of the day in all parts of Balochistan. To make things worse, the central government attempts to erode traditional Baloch language, identity and culture. As local journalists in particular are victims of human rights violations while international journalists are denied any access to the region, the situation amounts to a near complete media blackout in Balochistan. 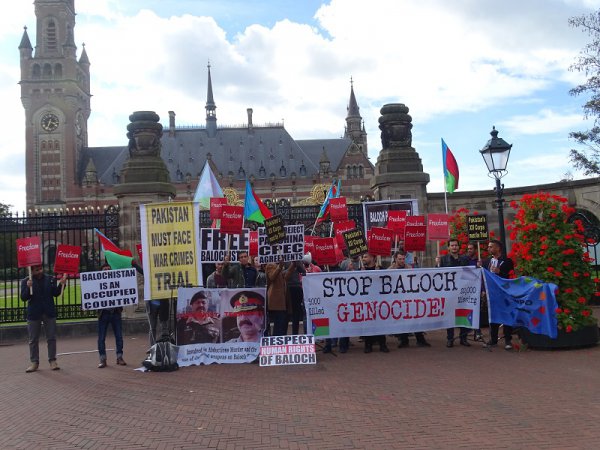 For more information on the situation in Balochistan, download our Briefing Note at unpo.org/downloads/1951.pdf