On 20-24 March 2016, thanks to the support of the Nando Peretti Foundation, the Unrepresented Nations and Peoples Organization (UNPO) travelled to the Republic of Rwanda to verify the implementation of some small-scale development projects carried on in recent years, as well as to assess the situation of the country’s Batwa community, consolidating old partnerships and establishing new contacts in the country. Despite the fact that 22 years have passed since UNPO’s first fact-finding mission to Rwanda, and that the country has gone through a very significant development, especially in terms of education, health and economy, the situation of the Batwa, also known as the Pygmies of Central-Eastern Africa, remains extremely concerning.

During the mission, thanks to the collaboration of the Young Women Christian’s Association (YWCA), one of UNPO’s partners in Rwanda, the Secretariat’s representative had the chance to visit the two parts of the recently resettled ‘AbanyaMurava’ community in the Nyabihu district, just outside the village of Bikingi. The community, for which UNPO has been coordinating or financing several development projects, including the My Goat My Hope campaign in 2015, is now living in houses that the Rwandan Government has made available to them.

Although this is undoubtedly a significant improvement, their situation remains dire, as these houses are completely empty and all the community, including the elderly, children and infants, has to sleep on the cold stone floor. Additionally, members of the community do not have access to health facilities, due to their lack of insurance, to schools, as they cannot afford to pay the costs of materials and canteen services, and they are severely discriminated in the job market. Even when the surrounding farms are hiring seasonal staff to work, only a certain number of people at a time can participate, due to the scarcity of tools available in their settlement. 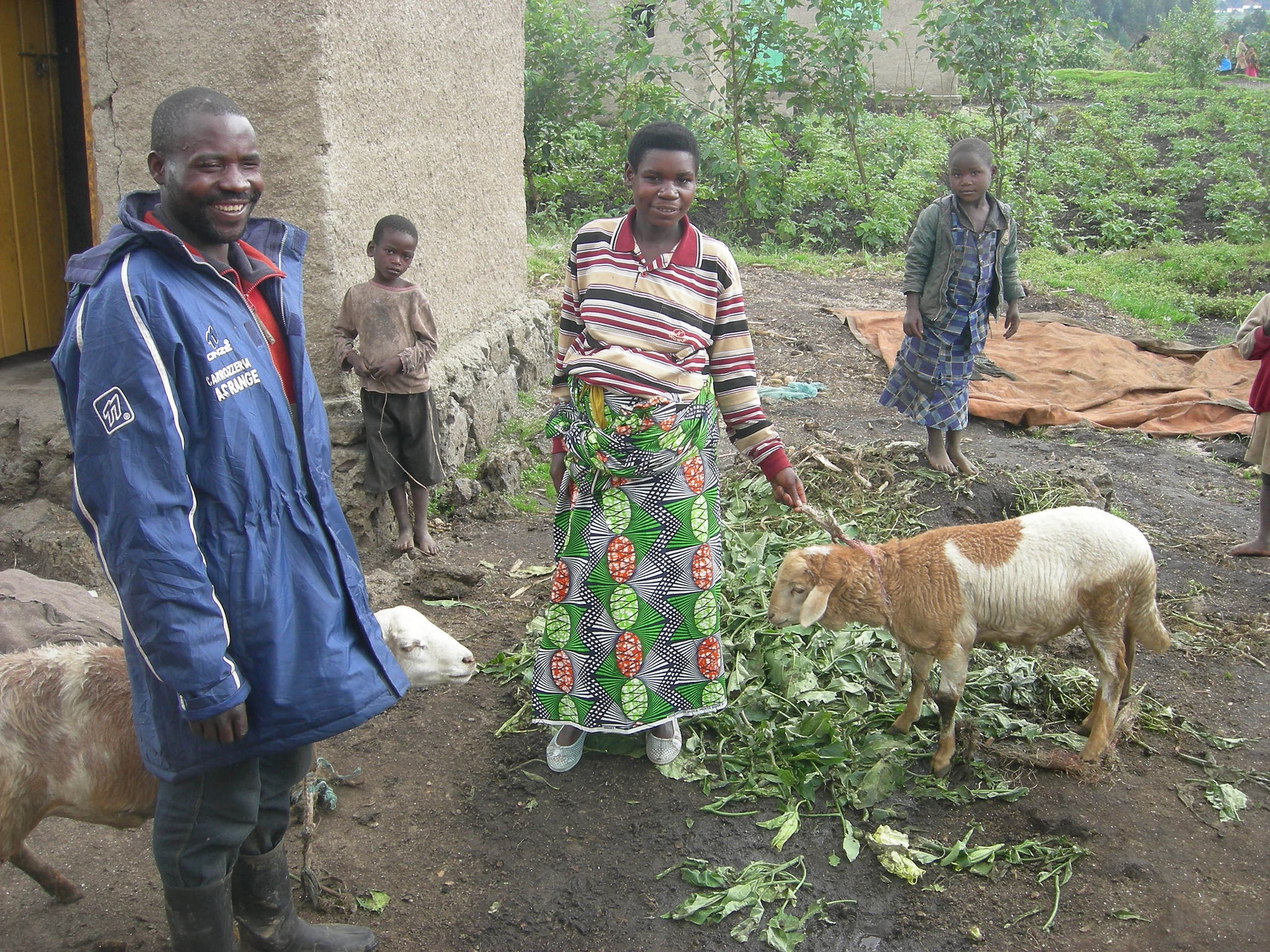 Faustin and Uwizeye, members of the community, with two goats they received in 2015

The situation of this specific group is not dissimilar from that of the larger Batwa community, an indigenous people living across the borders of the Democratic Republic of the Congo, Uganda, Burundi and Rwanda. The exact size of this community in Rwanda remains unknown, given that national laws severely prohibit self-identification along ethnic lines or as ‘indigenous’, but it is believed to number ca 30,000. These nationality laws and policies themselves, adopted following the Rwandan genocide to instil a sense of unity in the country, have negatively affected the situation of the Batwa, already at the time a very small, poor and marginalised community, denying their existence as a separate group and the consequent need for distinct solutions to their problems.

Twenty-two years after the genocide and in spite of these laws, members of the community still face casual discrimination in their daily life, being considered by many fellow citizens as dirty, backwards and unintelligent. Although some Batwa villages benefit from larger development programmes funded by international donors or by the government itself, very little funds address the specific problems that they face due to this discrimination or to the progressive loss of their culture and identity. Furthermore, despite a general increase of the country's population since the mid-1990s, it is reported that the Batwa community is instead shrinking, mainly due to expatriations to neighbouring countries due to extreme poverty, discrimination and lack of access to healthcare, as well as to the higher rates of child mortality and waterborne diseases. 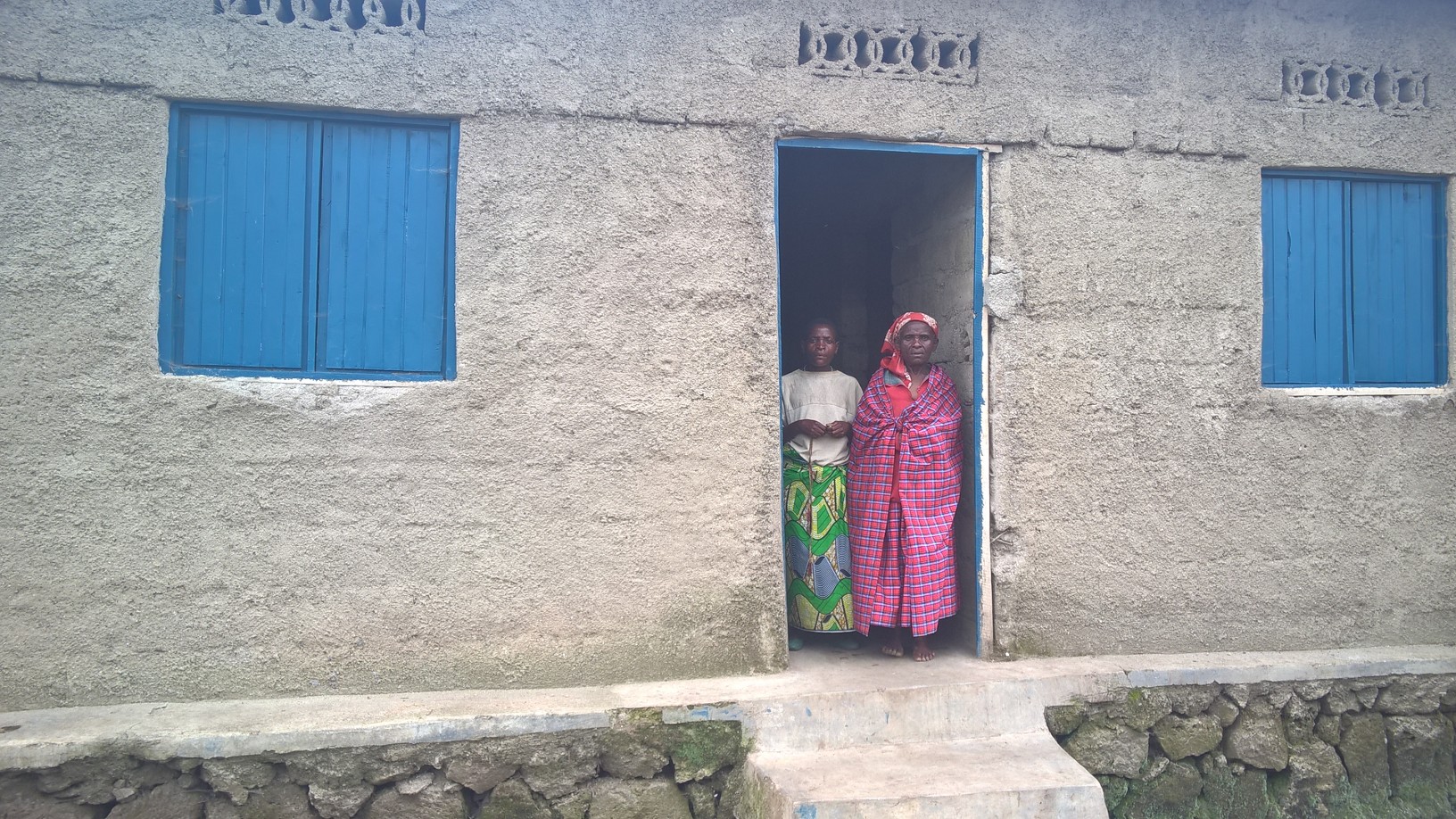 Two ladies, mother and daughter, on the doorstep of their new house in the outskirts of the Bikingi village

During the visit of the country, UNPO’s representative had the chance to meet with the three main Batwa-led organisations, COPORWA (Community of Potters of Rwanda), AIMPO (African Initiative for Mankind Progress Organization) and CCA (Cultural Conservation Act), whose initiatives are focused on the improvement of the community’s conditions, especially targeting phenomena such as gender-based violence and malnutrition, offering young members of the community the opportunities to access higher education or offering vocational trainings. UNPO also met with relevant diplomatic representations in Kigali to discuss the government’s approach to the issue, as well as upcoming funding opportunities.

Following this mission, UNPO wishes to renew its commitment to advocate for the Batwa community, internationally and in Rwanda, as well as to continue offering opportunities for these communities to leave the vicious circle of extreme poverty, discrimination and exclusion.