On 23 February 2016, the Unrepresented Nations and Peoples Organization (UNPO), in coordination with the office of the Brazilian MP Janete Capiberibe and with the support of the Nando Peretti Foundation, convened a public hearing on indigenous rights at the Brazilian Congress. Attended by representatives of different indigenous populations, high-profile members of the Brazilian Congress and related NGOs, the event took place amidst increasing waves of intimidation and political pressure from conservative sectors in the Congress. Chaired by MP Janete Capiberibe, the floor was offered to the various MPs who attended the event in solidarity with the cause, as well as to leaders of the Pataxó and Tupinambá communities. The well achieved objective of the hearing was to bring together UNPO and key stakeholders of the pro-indigenous front in Brazil, in order to present the organisation’s plan to launch an international cross-parliamentary campaign of solidarity with native populations in Brazil.

The hearing built upon the network successfully established during UNPO’s first roundtable convened at the Brazilian Congress, in November 2014. At the time, the event discussed a critical issue for indigenous peoples in Brazil - the appointment of Ms Katia Abreu, head of the agricultural lobby, as Minister of Agriculture, as well as the controversial Proposed Constitutional Amendment 215, the so-called PEC 215. Adding up to this already extremely grave context, this second hearing was organised in light of a yet more tragic prospect for the indigenous communities. While the agribusiness coalition within the Parliament advanced its offensive to assault indigenous rights through the PEC 215, the development-driven mentality of the Brazilian State and fundamentalist court rulings have brought the overall situation of native populations in Brazil to a calamitous stand. 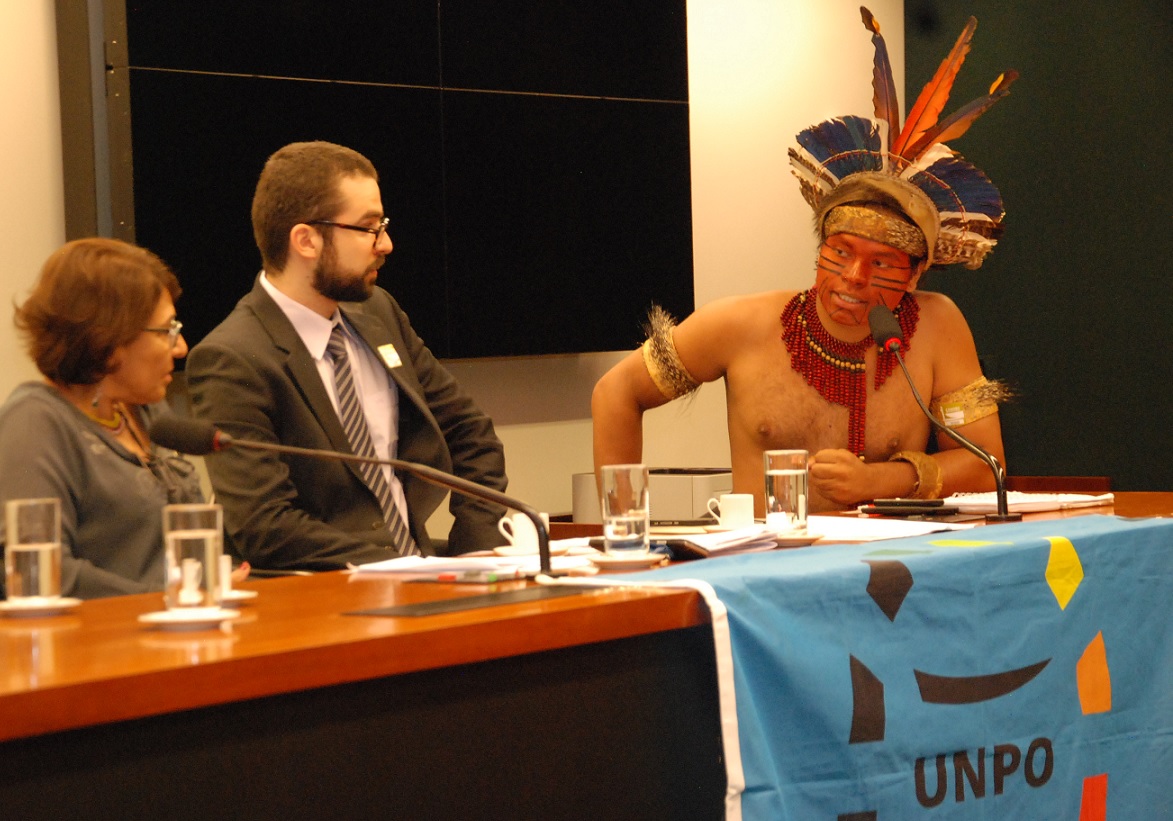 Moments before the start of the hearing, an illustrative example of the injustice and humiliation to which Brazilian indigenous people are systematically exposed every day was witnessed at the main entrance of the National Congress. Members of the Pataxó and Tupinambá communities, willing to attend the hearing, were stopped by the security agents. Treated “as if we were terrorists”, remarked Pataxó leader José Aílton, observing how hostilities towards indigenous people attempting to peacefully access the Congress has become an ongoing practice. Only after a gradual and highly demanding security check they were allowed to enter and join the rest of the audience. 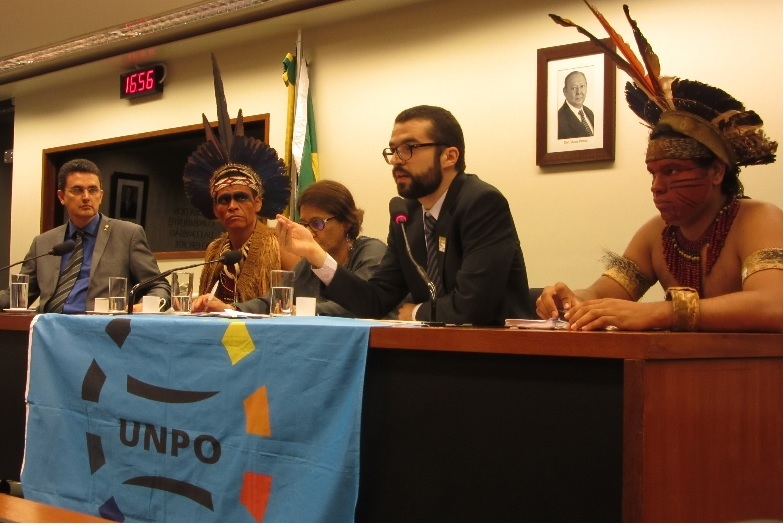 Addressing this very episode of discrimination, Ms Capiberibe opened the hearing by contextualizing the importance of enlarging solidarity links with the Brazilian indigenous cause, at times when the anti-indigenous bloc has grown stronger than never. “This is why is so relevant to have an international organization such as UNPO to lend support to us at the Brazilian Congress”, she said. Throughout the 3-hour session that followed, MPs Sarney Filho, Valtenir Pereira, Ságuas Moraes, Chico Alencar, Erika Kokay, Luiz Couto, Edmilson Rodrigues and Glauber Braga accepted Ms Capiberibe’s invitation to take the floor to say a few words about their support of indigenous rights. Professor Nilson Moulin, Advisor of Senator João Capiberibe, a key figure in the national Senate in the struggle to veto the PEC 215, was also present. 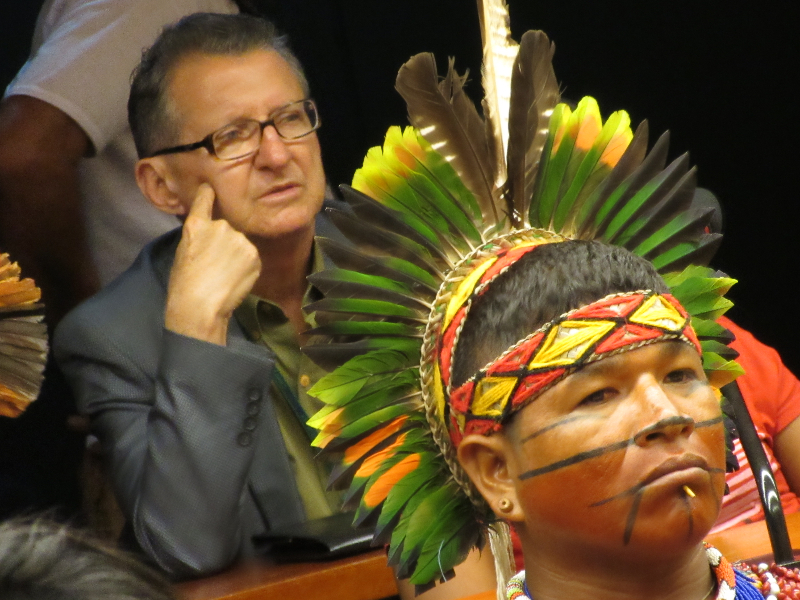 Enriching the debate, representatives of various institutions and NGOs were present in the audience. These included, among others, the World Wide Fund for Nature (WWF), the Brazilian Association of Anthropologists and the Missionary Council for Indigenous Peoples (CIMI), well known for its relentless advocacy for indigenous rights in Brazil. Along with Mr Gilberto Vieira, CIMI’s Secretary, was Mr Erwin Krautler, President of the Council and Bishop of the Prelacy of Xingu. Padre Erwin, as he is better known, remarked that “intolerance, greed and prejudice are still motivators of violations of indigenous rights”. According to him, omission and negligence by the government accentuate the severity of the incidents and, in spite of constitutional provisions that uphold the rights of the native peoples, economic sectors and related groups advance to deregulate the Magna Carta of the country.

A first-hand account of the dire situation was offered by the leaders of the Pataxó and Tupinambá communities from South Bahia, in Brazil. Reminding that the Brazilian State has a historical debt with its indigenous people, they both renewed their hope to gather more support and shared the importance of a coordinated indigenous resistance against threats that come from multiple fronts. Highlighting the importance of native populations for the preservation of fauna and flora, Leader José Aílton remarked that “fortunate are the countries that have indigenous people to protect their environment”. 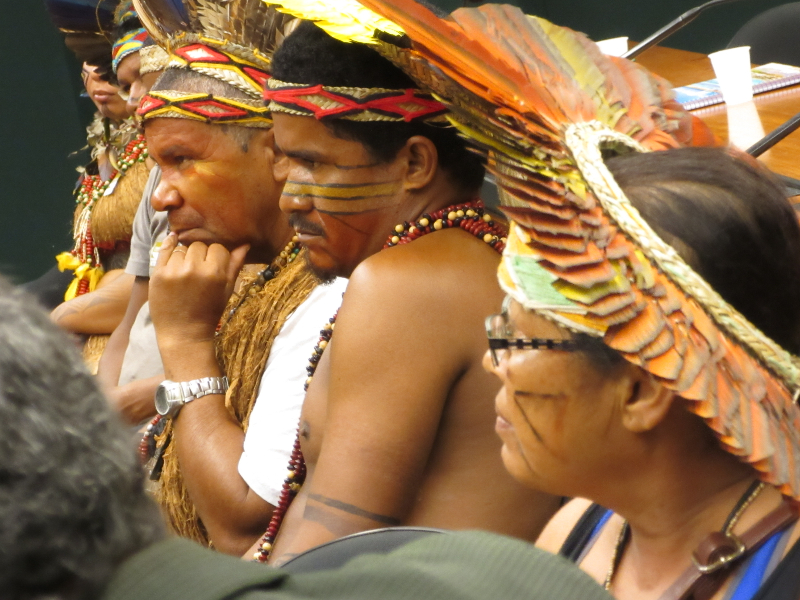 Mr Fernando Burgés, Program Coordinator of UNPO, presented the organization’s plans to launch an international campaign to amplify the urgency of the issue regarding Brazilian indigenous people. The initiative will put members of the European Parliament in contact with Brazilian pro-indigenous Congressmen, in order to intensify the international pressure against the tragic consequences of the indigenous policies employed by the Brazilian government, as well as to obtain the vetoing of the central strategy of the anti-indigenous sectors, the PEC 215. Furthermore, the campaign also hopes to pressure Dilma Rousseff’s administration to fulfil its constitutional duty of demarcating indigenous lands and complying with the ILO 169, ratified by Brazil in 2002. Against a backdrop of murders, torture, arbitrary arrests, beatings, suicides, rapes, hate speech, land invasion, high rates of child mortality, deforestation, destruction of fauna and daily threats, indigenous populations in Brazil are struggling not only against a possible loss of identity, but for their very survival, he concluded. 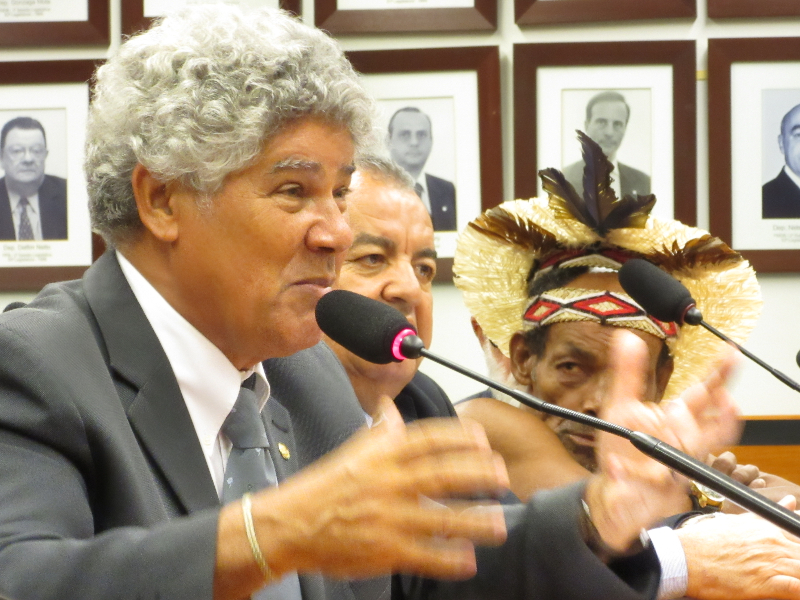 Closing the hearing, Ms Capiberibe reminded that the political force that stem from the agribusiness bloc has managed to mobilise other conservative sectors all across the executive, legislative and judiciary branches of the government. Therefore, it has never been so urgent to enlarge alliances against anti-indigenous initiatives in Brazil. In this context, indigenous representatives and politicians all welcomed UNPO’s initiative and expressed hope that by raising awareness of their plight before it is too late, the situation can still be reversed. 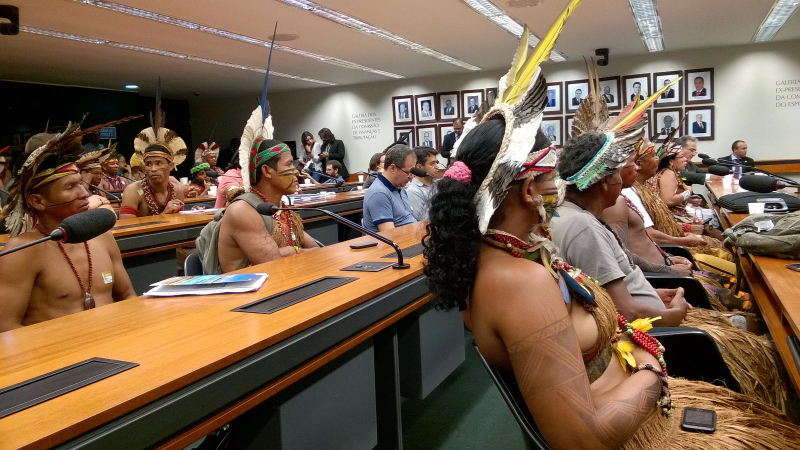