On 25 January 2016, the Unrepresented Nations and Peoples Organization (UNPO) and the Centre for Kurdish Progress co-organised a conference on Iranian Kurdistan in the British Parliament in London. The event was hosted by British Labour MP Ms Emma Reynolds and was chaired by Mr Gary Kent, Director of the UK’s All-Party Parliamentary Group (APPG) on the Kurdistan Region. The conference, which included a vibrant discussion with participants that lasted for over an hour, brought together speakers from various Kurdish backgrounds and political affiliations. The speakers put forward a number of issues concerning the human rights situation of Iran's Kurds, comparing it with that of other Kurdish communities and other ethnic groups in Iran.

UNPO President Mr Nasser Boladai, also spokesperson of the Congress of Nationalities for a Federal Iran (CNFI) and of the Balochistan People’s Party (BPP), expressed concern on the isolation of the Iranian Kurds, as well as that of his own people, the Baloch. Mr Boladai brought attention to the fact that the international community seems not to be aware of the situation inside Iran and in particular of the country’s diversity. Despite appearances, the oppression of ethnic and religious minorities has been further accentuated under Rouhani’s presidency, with a significant increase in executions especially in Balochistan and Kurdistan. 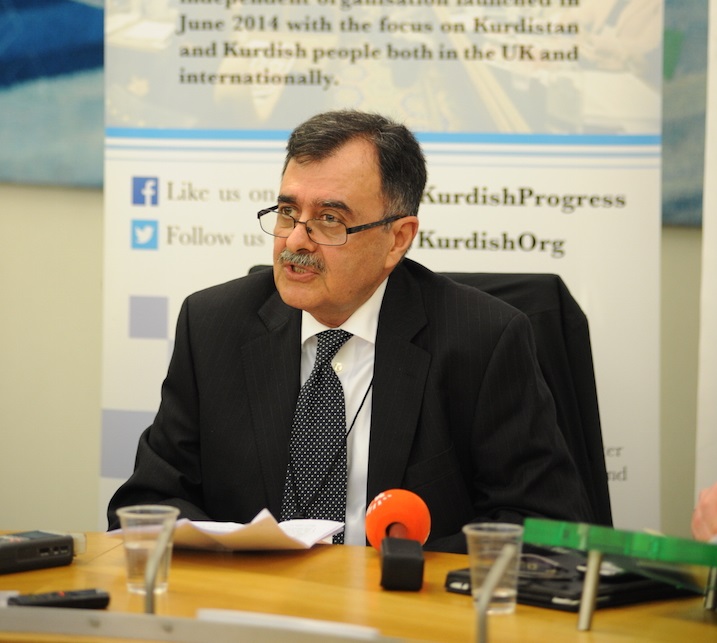 Mr Abdullah Mohtadi, leader of the Komala Party of Iranian Kurdistan, laid out the current political situation, underlining how every part of Kurdistan, a very large region split mainly between Iran, Iraq, Syria and Turkey, has its own problems and history. He pointed out how the significant role played by the Kurds against the rise of the Islamic State has increased the community’s visibility. However, this has not benefitted the Kurds of Iran, not due to lack of action or willingness of their part, but to the country’s isolation, as well as to the presence of salient issues such as the nuclear deal, which made relations with Iran more sensitive for most influential countries. Mr Mohtadi then outlined how the Iranian Kurds are discriminated on an everyday basis as well as deprived of basic political rights. There is not one Kurdish governor in any of the Kurdish provinces, nor is the Kurdish language taught in schools, despite its protection in the constitution. 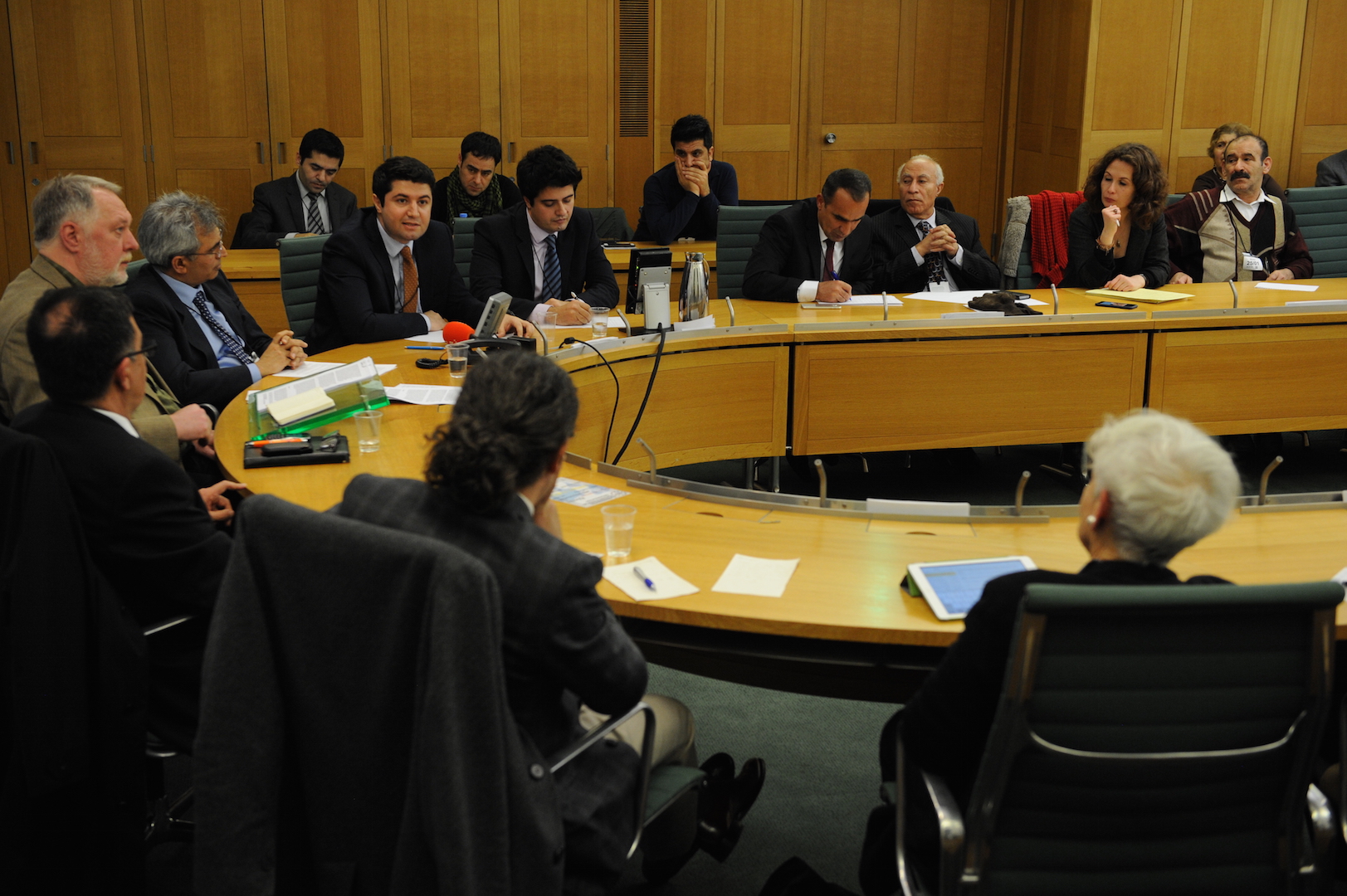 Mr Loghman Ahmedi, head of the Democratic Party of Iranian Kurdistan (PDKI)’s foreign relations, put forward the idea that Iran’s tactic is to play a role in all external conflicts in the region, managing to shift the attention from its domestic affairs. The Islamic Republic’s regional policy is based on supporting, funding and activating different proxy groups that bring instability and conflict in different countries in the Middle East. In doing so, it is seen as an important actor that can pressure and negotiate with the West in order to accomplish its goals. Moreover, Mr Ahmedi emphasised the need to counter Iran’s well-known strategy ‘divide and conquer’, by solving and cooperating with other minority groups, as well as with Kurdish political parties in neighbouring countries. This point was further recalled during the debate, when many agreed that the only solution is for all Iranian Kurdish parties to work together and to leave their differences aside, for the common goals of democracy and respect for human rights. Attention was also brought to existing network where different groups work together for common goals, such as the Congress of Nationalities for a Federal Iran or, on a larger scale, UNPO.

Last among the speakers, Dr Seevan Saeed, an independent Kurdish academic based in the United Kingdom, started by outlining the internal issues and the divide between North and East Kurdistan, which according to him partially explains the silence concerning Iranian Kurds. In contrast to the other speakers, Mr Saeed believes that for a change to be possible, the mentality of all Kurdish political parties should shift towards nation-building instead of state-building. 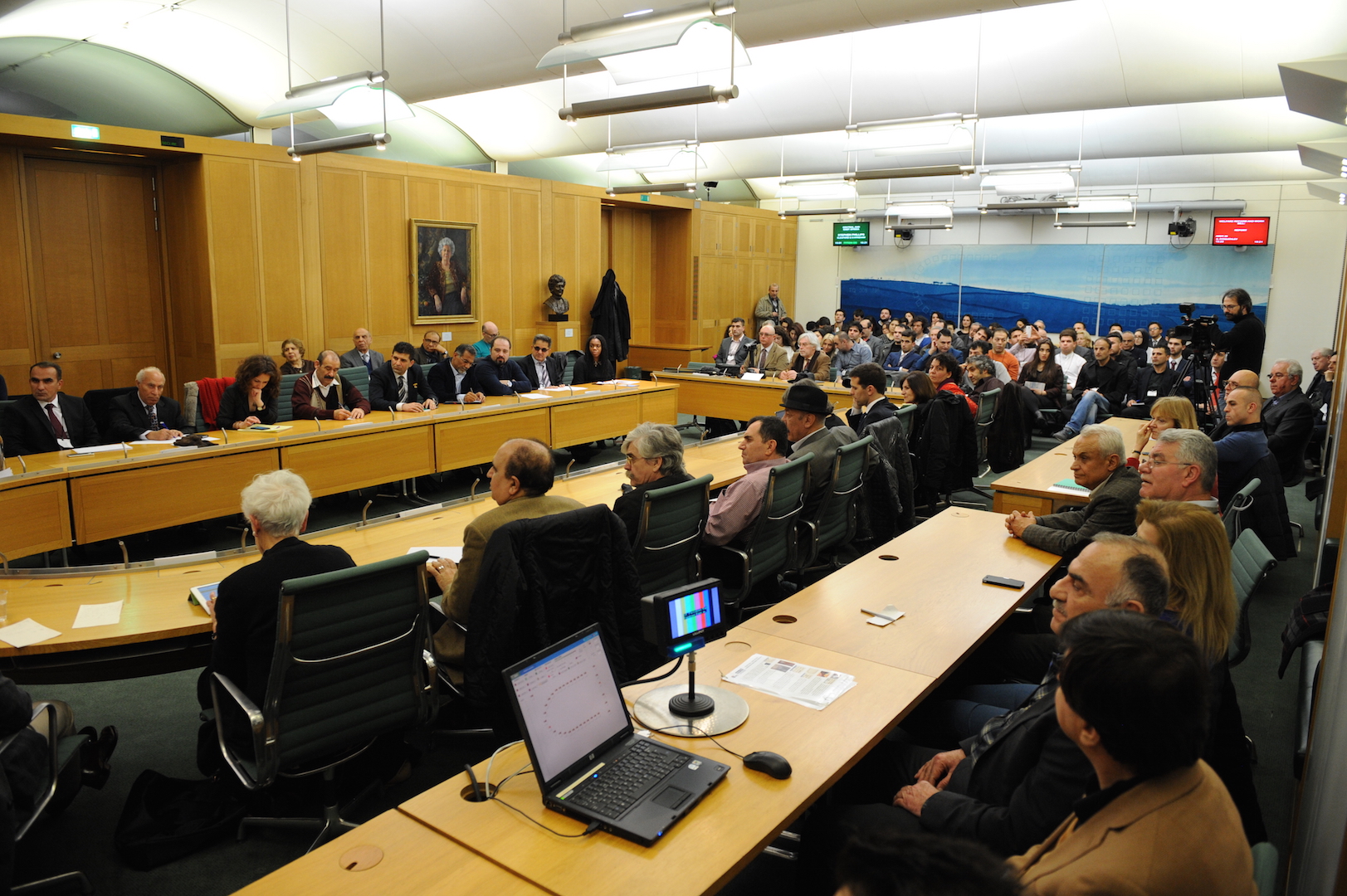 Following the short statements of the four speakers, Mr Kent moderated a long discussion with the audience that saw the active participation of academics, researchers, journalists and activists from other regions of Kurdistan. Among the many issues that were discussed, such as the role of women and younger generations in Kurdish parties or the possible role of the UK and Europe, it was interesting to see a general agreement on the fact that, even though different parts of Kurdistan share certain similarities, solutions cannot be simply ’copy pasted’, due to the communities’ different histories and of social structures.

Please find here the article prepared by the Centre for Kurdish Progress.