On 14 January 2016, Oromo communities based in Belgium, Netherlands and Germany staged a demonstration in front of the European Parliament to protest against the brutal crackdown on dissent in Oromia. In light of the harshest repression waged by the Ethiopian regime in the region since 2005, protestors urged the European Union to withhold financial aid to Addis Ababa until the Ethiopian government complies with its human rights obligations. UNPO participated in the protest in solidarity with the Oromo people and fully supports their claim that Addis Ababa must be held accountable for its crimes and violations of international law.

Despite adverse weather conditions, more than a hundred demonstrators from the Oromo diaspora in Europe gathered at Place du Luxembourg, outside the European Parliament in Brussels, to express their condemnation of the most recent terror campaign launched by the Ethiopian regime against its own people. Since December 2015, massive anti-government peaceful demonstrations against the Addis Ababa Integrated Master Plan erupted in towns across Oromia. Fearing land grabbing and further repression, hundreds of thousands of ethnic Oromo took the streets to protest against the urban plan that allegedly would integrate infrastructure development in the capital with that of surrounding towns in Oromia. Notwithstanding the legitimate and non-violent nature of the manifestations, the Ethiopian security forces responded with heinous atrocities to punish unarmed civilians. 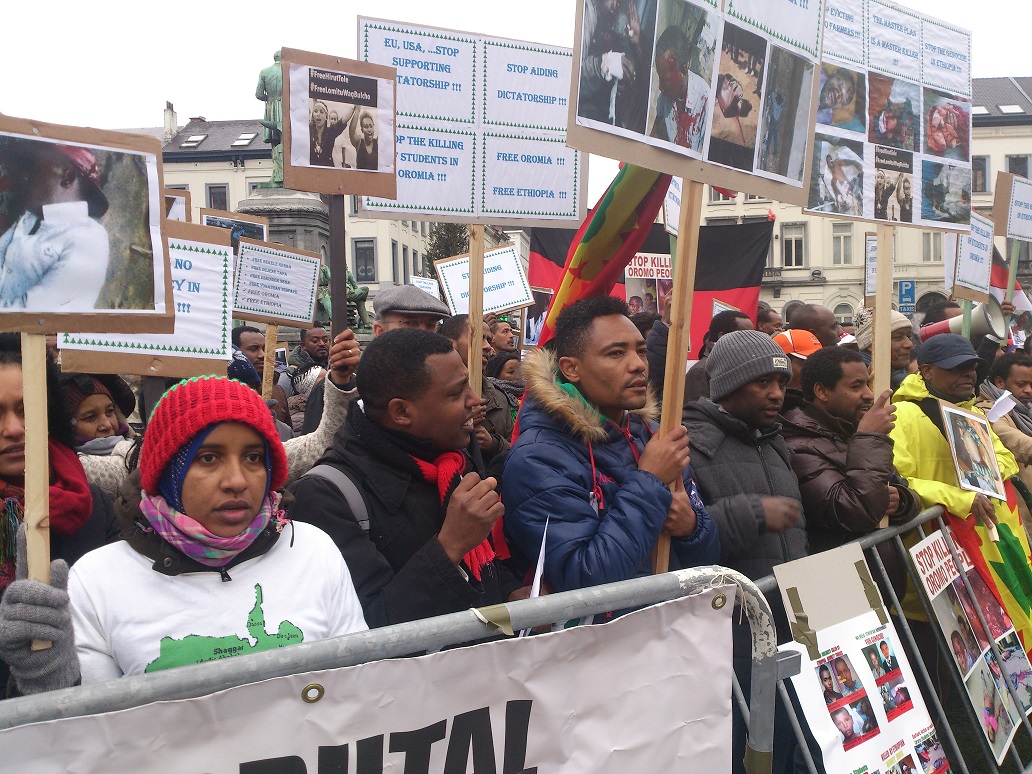 The demonstrations on 14 January 2016 in Brussels echoed the growing despair of the Oromo community towards the lack of a firmer stand of the EU against the Ethiopian government. A representative of the Oromo Liberation Front (OLF), member of the UNPO and one of organizations involved in the demonstration, expressed the need to raise awareness of the gross human rights violations committed by the Ethiopian regime. Despite facing merciless killings, massive imprisonments, severe beatings and torture, the Oromo community remains committed to a peaceful struggle to achieve the full exercise of self-determination, democratic rights and peace for all the nations and peoples in Ethiopia.

While the death toll reached 160 only in the last eight weeks, Ethiopian security forces remain shamelessly engaged in terrorizing the civilians. Against this challenging backdrop, demonstrators demanded that the EU withhold aid money to Addis Ababa and send a monitoring mission to Oromo to freely investigate the human rights situation. 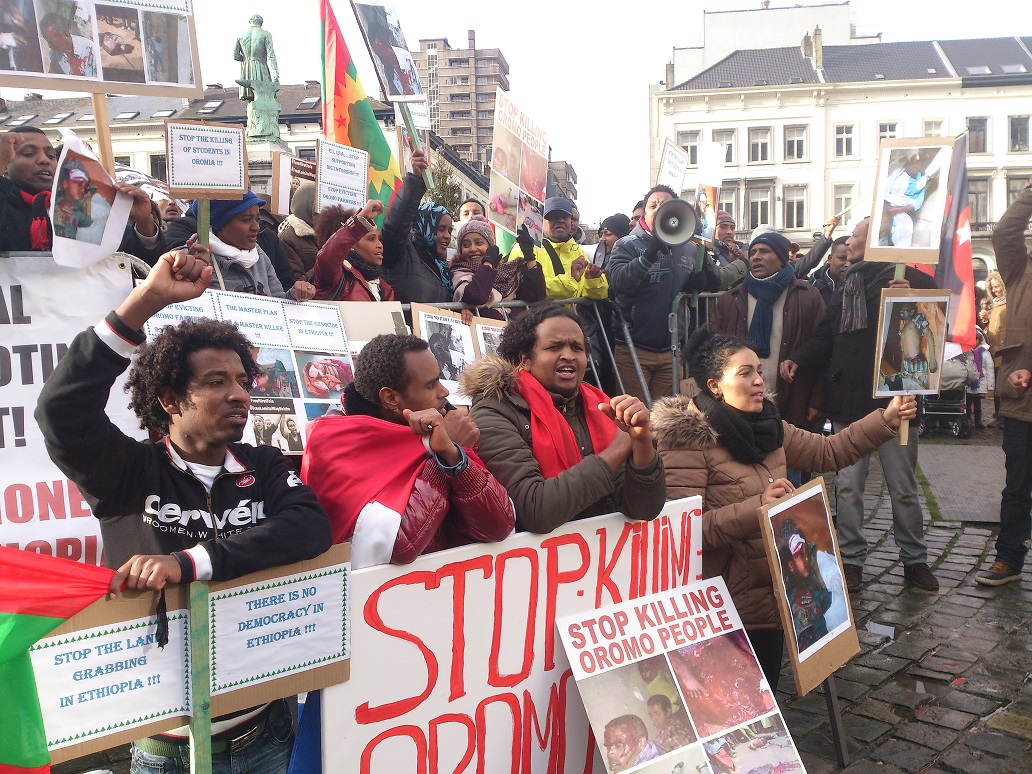 UNPO strongly condemns the actions of the Ethiopian regime and calls upon the EU to ensure that Addis Ababa is held accountable for its crimes in accordance with international law. Our organisation will continue to support the peaceful actions of the Oromo in their struggle to end decades of systemic and structural marginalization in Ethiopia.