On 1 December 2015 a group of students from the University of Groningen in the Netherlands, who study International Relations and International Organisation, visited The Hague in order to get a better insight into the workings of international organisations.

UNPO was happy to receive this large number of enthusiastic young people in order to acquaint them with the situation of unrepresented and marginalised nations and peoples. The UNPO Treasurer Jeroen Zandberg explained the history of the organisation and provided the participants a view on UNPO’s activities, from advocacy work at the United Nations, the European Parliament and the US Congress to human rights training and development aid for the most marginalised. Furthermore, the role of UNPO as a platform for cooperation between unrepresented groups came to the fore as well as the fact finding and election monitoring missions UNPO organises on a regular basis. 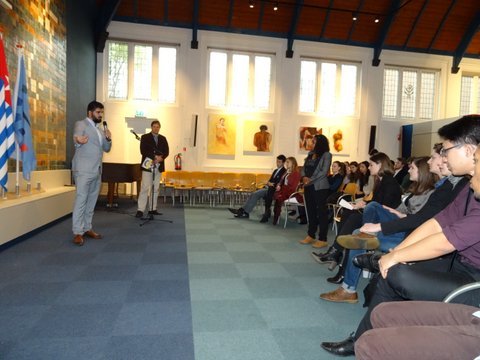 A representative of the Komala party explained the students about the situation of the Kurds in Iran and other regions. The violent conflicts in Syria and Iraq, as well as the oppressive situation in Iran, proved fertile ground for a lively debate about the role of the Kurdish people in the crisis and what threats and opportunities are on the horizon.  The representative of the Komala party also shared his personal views of the conflict and expressed concern for the plight of the Kurdish people, but also hope that the international community will increase their support to the Kurds as the main agents of peace in the region. 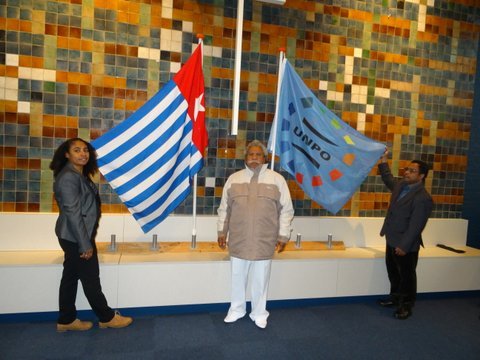 The first of December is also an important day for West Papua. On that day in 1961, the Morning Star flag was raised for the first time as a symbol of the self-determination of West Papua. It functioned as the symbol of West Papuan self-government under Dutch rule until 1963 when Indonesia annexed the territory and the flag and other symbols of West Papuan independence were outlawed. Human Rights activists from all over the world raise the Morning Star flag on this special day to support the West Papuan people in their struggle for recognition of their human- and peoples’ rights. Representatives from the National Government of the Republic of West Papua, Simon Sapioper and Apilena Sapioper, informed the participants about the historical and present situation of West Papua. The interactive dialogue started with the singing of the national anthem by all of the participants after which the students were able to gain more knowledge about West Papua and the NGRWP through a questions and answers session. 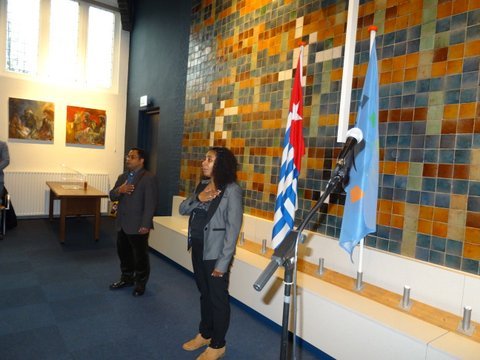 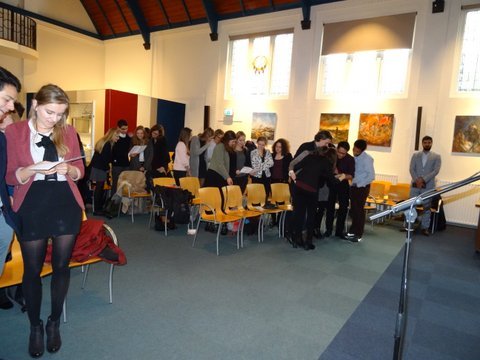