UNPO and IRA-Mauritanie were represented at the latest hearing of the European Parliament’s Subcommittee on Human Rights, which took place on Tuesday 1 December 2015 by Abidine Merzough, European Coordinator for IRA and lifelong anti-slavery activist. MEPs, ambassadors and NGOs gathered to hear evidence about Mauritania, a country which has been beset by problems of human rights violations, in particular slavery: at 4%, the proportion of its population currently enslaved is the highest in the world.

Mr Merzough spoke about the hypocrisy with which the Mauritanian government responds to slavery; allowing the problem to go on unchecked and unacknowledged within Mauritania, while claiming in international forums that they are working hard to prevent it. He stressed that slave owners in Mauritania today in fact enjoy impunity, and called on the European Union to put pressure on the government to end this duplicitous approach and combat the problem in earnest.

Among those also speaking at the hearing were activists Mr Mamadou Abdoul Soh from the Forces Progressistes du Changement political party, and Mr Jeroen Beirnaert, from the International Trade Union Confederation, as well as MEP Mark Demesmaeker. The latter spoke forthrightly on the issue, making the point that the EU is not doing enough to apply consistent pressure on the Mauritanian government. He said, “What is the European Commission doing? It is silent [on this issue], though we actually need to put a lot of pressure. We know that Mauritania is a major fisheries partner, and that we need their help to fight extremism in the Sahel area – but it shouldn’t be ‘either…or’, it should be ‘and, and.” 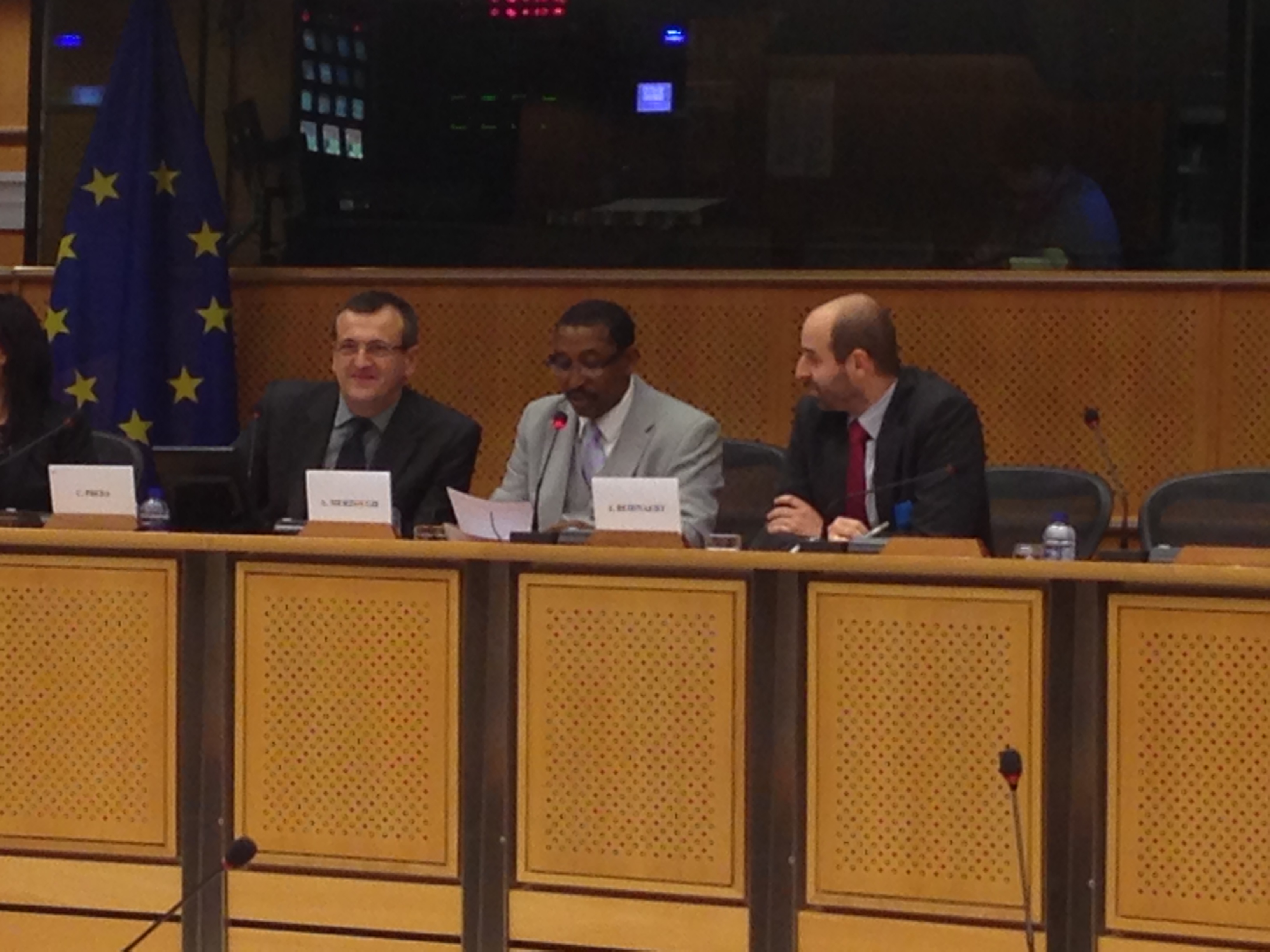 Mauritania’s Ambassador to Belgium, Mr Mohamedhen Ould Daddah, was also present at the hearing, and he took the opportunity to once more deny the scale of the problem of slavery in the country. However, these points were successfully rebutted by the members of the panel invited to speak by the Human Rights Subcommittee, who unanimously emphasised that, while it is important to hear both sides of the debate, the government is not currently doing enough to tackle slavery. As Abidine Merzough put it, “Releasing anti-slavery activists from prison is the first step to solving Mauritania’s problems. Mr Ambassador; this is what we are inviting you to do, and it is up to you whether or not you accept. We have offered you an invitation, and the choice is up to you. Imprisoning Mr Abeid and the others is not the solution.”

On the same day, the European Parliament was also the site for a major protest by Haratin groups, including IRA supporters, against the current state of affairs in Mauritania, marking a great step forward for the Haratin cause, as activists were able to raise their concerns and spread awareness of the problems in Mauritania both within the Parliament’s highest human rights body, and to the general public. Protestors gathered outside the Parliament in Place de Luxembourg, waving banners and chanting ‘Liberé Birama! Liberé Brahim! Liberé Djiby Sow!” in reference to the three prominent anti-slavery activists who have been imprisoned by the government of President Mohamed Ould Abdel Aziz since late 2014.