On 11 November 2015, the Unrepresented Nations and Peoples Organization (UNPO) in cooperation with Ilhan Kyuchyuk MEP (ALDE) convened a high-level conference at the European Parliament in Brussels to raise awareness of the silent plight of Iraq’s Turkmen, the third largest, but one of the most overlooked, ethnic groups in the country. The conference, entitled ‘Iraqi Turkmen Trapped in No-Man’s Land: Between Assimilation, Exodus and ISIS’, addressed recent developments in Iraq and the decades-long oppression of the Iraqi Turkmen, while also discussing EU policies and initiatives in the region. 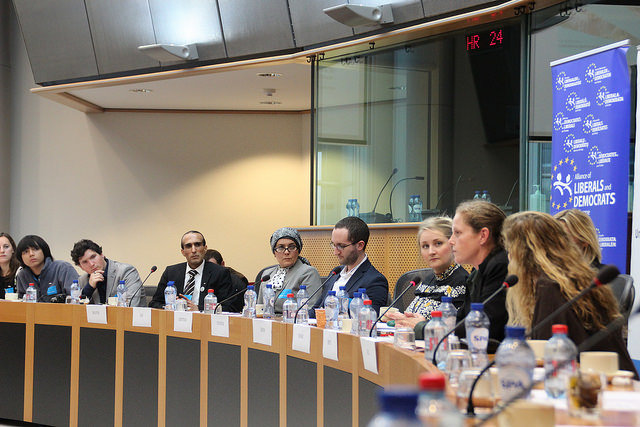 Officially opening the conference, Ilhan Kyuchyuk MEP (ALDE) and UNPO’s Johanna Green, highlighted the importance of raising awareness of and garnering support for the oft-forgotten and neglected Turkmen community in Iraq, at the European Union level. Their introduction was followed by the first expert speech - an analysis of the root causes of violence and instability in Iraq by Nick Grinstead, from the Clingendael Institute in the Netherlands. He underlined the adverse effects of systematically excluding certain communities from political decision-making and the weakening of Iraq’s political leadership. After the scene-setting speech by Mr Grinstead, the floor was given to Sundus Abbas, political activist and Iraqi Turkmen Representative to the UK. Ms Abbas gave a detailed presentation of the complex situation in which the Turkmen find themselves, trapped between assimilation policies carried out by the Kurdish authorities; the indifference of the Iraqi central government; and attacks, kidnappings and summary executions committed by ISIS. The final contribution to the first panel was delivered by Dirk Rochtus, professsor in international relations at KU Leuven. He spoke about challenges and opportunities in the larger political landscape that frames the context of Iraq’s Turkmen. 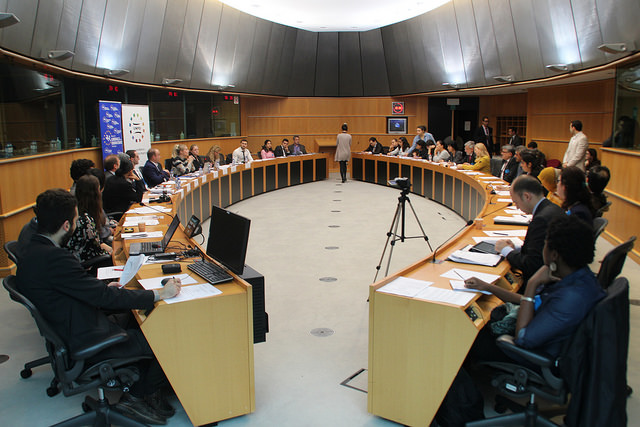 The second panel of the conference looked at various local and international perspectives and strategies for Iraq. Kelsey Shanks, senior fellow at Exeter University, delivered a speech presenting her research project for the University of Exeter - an in-depth analysis of the relationship between diversity management, peace and education in the country. She pointed out that Iraq’s central government has failed to recognize and promote the Turkmen identity through its education policy. Alison Smith, Director of the International Criminal Justice Program of ‘No Peace without Justice’ followed, stressing the importance of accountability for the crimes and atrocities committed by ISIS against the Turkmen and other ethnic and religious groups. The last speech was delivered by Rosamaria Gili of the European External Action Service. She expressed the EU’s concerns regarding recent developments in Iraq, reaffirming that “preserving the diversity in Iraq is a fundamental right”, and that the EU “know[s] how important it is: it’s an incredible element of richness for Iraq”.

The event was attended by Members of the European Parliament, diplomats, journalists and civil society activists and allowed for a vibrant exchange of views following the official program. An important conclusion to be drawn from the conference is that the Iraqi and Kurdish authorities at all levels, as well as the international community, must work to ensure the implementation of inclusive policies that can guarantee long-term perspectives for Iraq’s diverse ethnic and religious components in general, and the Iraqi Turkmen in particular.