Breakfast Presentation of the European Language Diversity Summit at the EP

The Unrepresented Nations and Peoples Organization (UNPO), in collaboration with Kontseilua, the Council of Basque Language Entities, and the Donostia/San Sebastian 2016 Capital of Culture Foundation, convened on Tuesday 10 November 2015 a high-level conference, hosted by Jordi Sebastiá MEP (EFA/Greens), Co-Chairman of the Intergroup for Traditional Minorities and National Communities and Languages. The presentation shed light on the structure and objectives of the Summit and Protocol on Language Diversity and discussed the role that States, international and transnational organizations, including the European Union, could play to support language equality and diversity. The project is part of the 2016 Donostia/San Sebastian European Capital of Culture programme.

The conference held at the European Parliament on Tuesday [10 November 2015] started with inspirational opening remarks from Mr Jordi Sebastiá on the lack of protection of the regional and minoritised languages in Europe and the necessity to recognize regional languages as an absolute fundamental right. To illustrate his argument, Mr Sebastiá compared the difficulties faced by Swedish youth in Finland to the case of Catalonia; young Catalans from Valencia do not have access to Catalan TV stations and are unable to follow their favorite football teams in their own language. As pointed out by Mr Sebastiá, even though children can study in their native language, they are unable to watch movies in their language in local cinemas, and hence, their language of reference – the language of play and games – inexorably changes. He concluded by reminding the audience that language is an essential cultural asset and a fundamental legacy of successive generations that should be better protected by the EU. 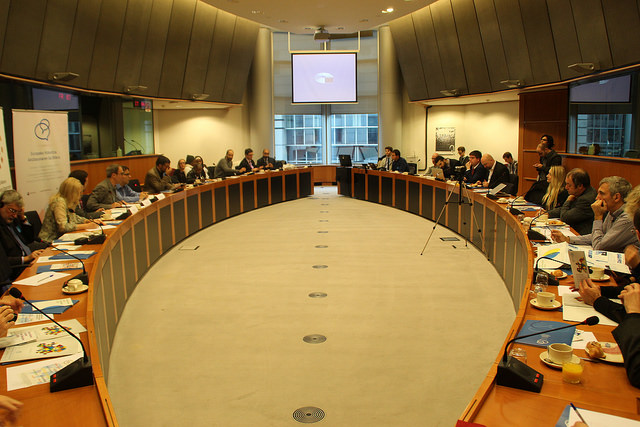 The General Secretary of Kontseilua, Mr Paul Bilbao, presented his organization, an umbrella for pro-Basque language rights, before introducing the project of developing a Protocol on Language Diversity and explaining the objective behind such an instrument at the European level. He explained that the project, whose aim is to empower agents of social change to achieve an agreement on a far-reaching social contract, which can be adopted by a variety of different bodies as a tool for language protection. He further added that the project has been conceived, not only to guarantee the language rights of all nations in Europe, but also to preserve long-term peaceful coexistence between European peoples “united in diversity”.

Mr Tommaso Nodari, speaking on behalf of UNPO, then presented the reasons why the organization has joined the initiative. “By joining the Organization Committee, UNPO tries to share the lessons it has learned in almost 25 years of activities, representing unrepresented nations and peoples, and defending, among others, their language rights”.

Mr Nodari further added that “UNPO strongly believes that language diversity enriches not only minority communities, but the population of a country as a whole. Consequently, joining this initiative is a way for UNPO to contribute to the protection of cultural and language heritage for all, even generations to come, and starting from Europe, but hopefully also outside of its borders, where many UNPO Members reside”. 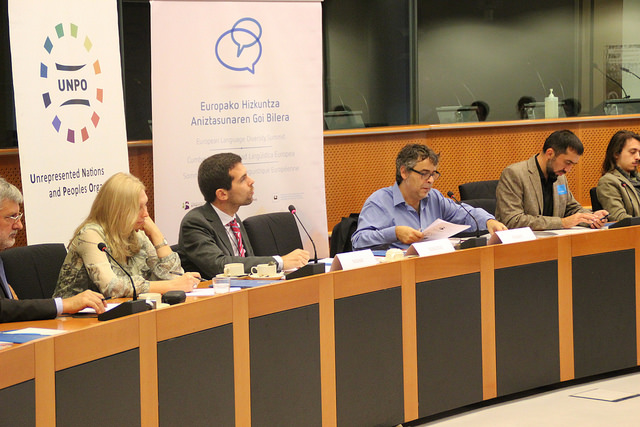 In his closing remarks, Mr. Bilbao summarized the discussions with a determined and hopeful attitude. UNPO reaffirms its strong commitment to raise awareness not only about peoples’ linguistic rights in Europe, but all around the world. In December 2015, a Scientific Committee, composed of 15 to 16 linguistic and legal experts, will be invited to develop a draft of the Protocol on Language Diversity that will be approved in 2016 by the Organising Committee and presented to the public at Donostia’s European Language Diversity Summit in December 2016.