In light of the ongoing violations of religious freedom in East Turkestan and considering the limited international response to China’s abuse of Uyghur fundamental human rights, the Unrepresented Nations and Peoples Organization (UNPO) and the World Uyghur Congress (WUC) convened a high-level conference in Brussels entitled “In Defense of Religious Freedom: The Uyghur Struggle For Human Rights”, hosted by Ms Izaskun Bilbao Barandica MEP (ALDE). The 3-day event brought together academics and researchers, human rights activists, journalists and Uyghur representatives, who joined efforts to shed light on the current human rights situation in East Turkestan, to emphasize the importance of preserving religious freedom in China, and to think about non-violent, cooperative ways to advocate for Uyghur’s rights.

The first day of the conference [22 October 2015] held at the European Parliament started with inspirational opening remarks by Rebiya Kadeer, the President of the World Uyghur Congress, a Nobel Peace Prize nominee and former prisoner of conscience in China. In addition to welcoming the first ever conference dedicated to assessing freedom of religion in East Turkestan, Ms Kadeer highlighted the critical moment in which Uyghurs find themselves: as China is internationally perceived as a key player in international relations and an economic giant, the world seems less interested in exposing China’s increasing crackdown on Uyghurs. The first panel entitled “China’s Forgotten Uyghur Nation” served the primary goal of introducing the audience to the current state of human rights in East Turkestan. The panelists elucidated the suppression of Uyghur cultural identity  through the implementation of a sinicization policy. The accelerated process of assimilation has drastically changed the social and demographical scenario in East Turkestan. Despite Chinese propaganda of bringing development and employment to the region, Uyghurs suffer from daily prejudice in education and media, a considerably higher unemployment rate compared to the Han Chinese population, and frequent police misconduct and even raids and violence. As pointed out by Ms Zubeyra Shamseden, Uyghur Muslin women are particularly vulnerable to oppression based on their ethnicity, religion, but also gender. 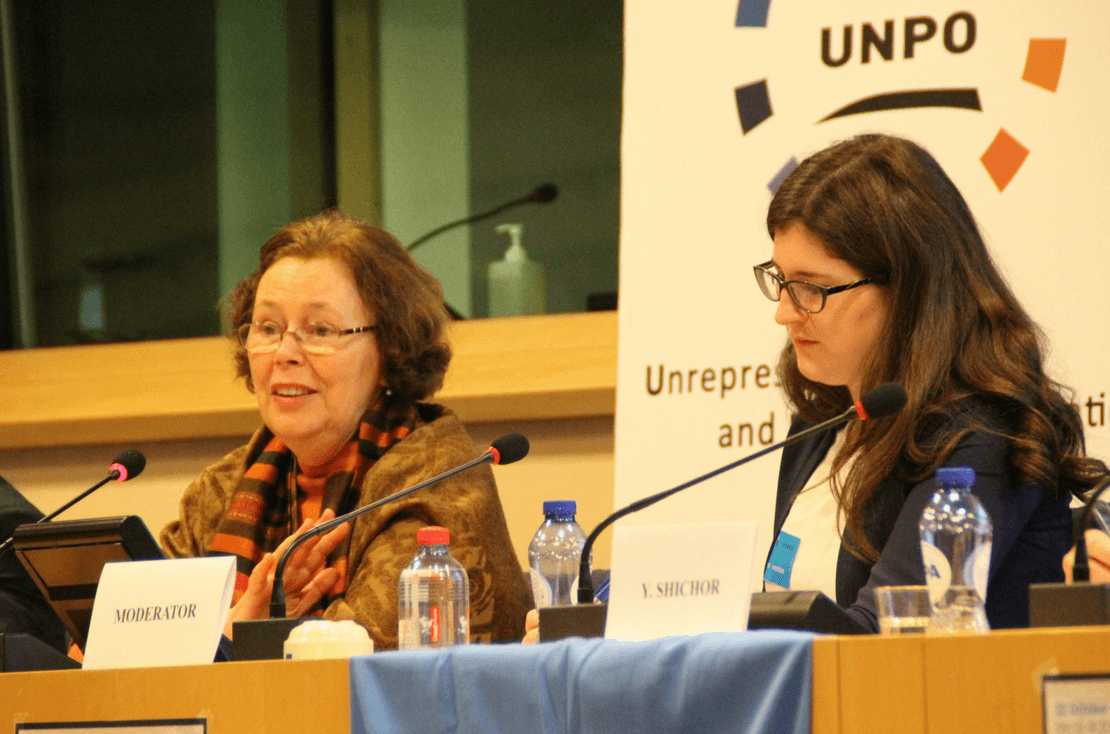 Panels 3 and 4 investigated the prospects and limitations of religious freedom in East Turkestan. The speakers emphasized that human rights, particularly religious freedom, should not be seen as an inhibitor to social stability, but rather as the foundation of cultural and ethnic pluralism. The Chinese securitization of Islamic culture and religion is now more aggravated than ever before; China uses its law, policies and military capacity to sustain a strike-hard attitude against Muslim communities. When professors, local leaders and members of the community raise their voices about the injustices of the Uyghur situation, they are met with violent repression from national and regional police forces, torture, arbitrary detention, religious persecution and political silencing. 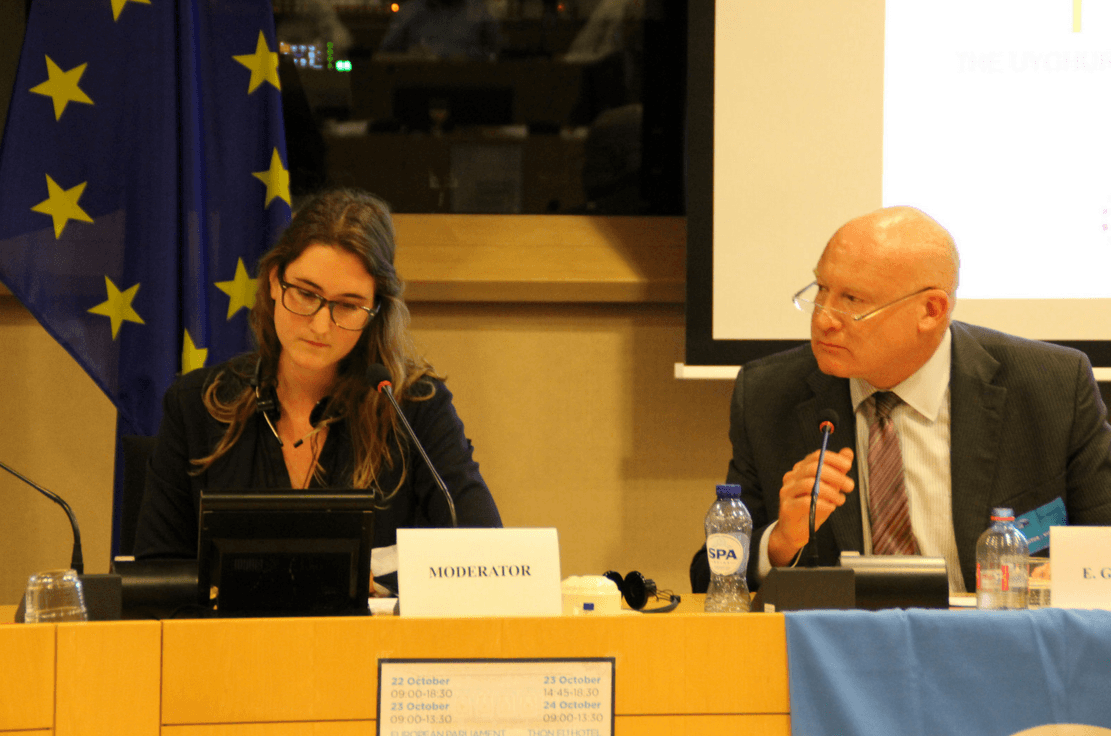 On this subject, the speakers compared the Uyghur situation to that of other oppressed communities, such as the Tibetans and Falun Gong practitioners. While China’s poor human rights to all of these communities, the high level of militarization in East Turkestan remains sadly unmatched. Under the pretext of combating ‘terrorism’ and ‘separatism’, China’s manipulation of the post-9/11 narrative has had grave consequences on the Muslim Uyghur community. Several speakers addressed the state-imposed restrictions implemented during last Ramadan as Muslim Uyghurs were forced to forego the month’s fasting and other religious practices. The panel concluded with the observation that the Chinese narrative of combating the “3 Evils” (extremism, separatism and terrorism) must be de-constructed in order to bring attention to the violation of Uyghur’s fundamental rights. 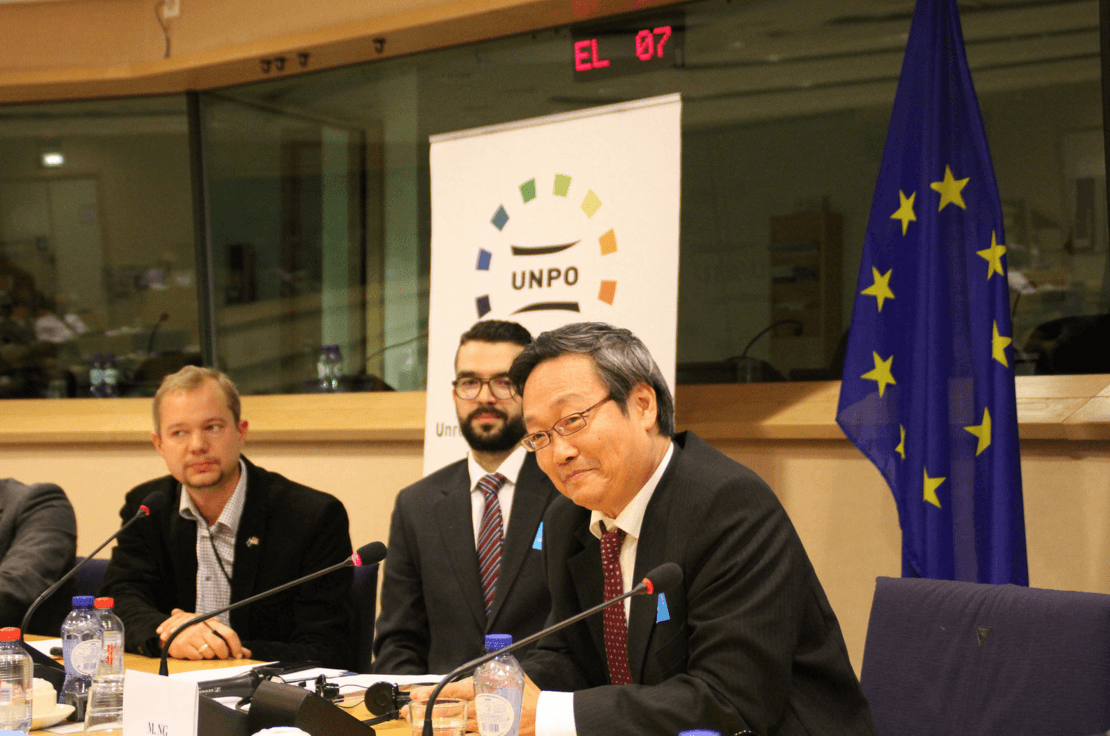 Before discussing future constructive approaches to end the ongoing crippling of Uyghur human rights, including freedom of religion, the second day [23 October 2015] focused on the current state of activism in China and abroad, as well as the current (lack of) international support for the Uyghur cause. Speakers elucidated the difficulties, but also the significance of documenting and writing and advocating for Uyghur rights, particularly as other human rights crises dominate international news headlines.

As a way of illustrating the importance of informing the world about what is going on in East Turkestan, a documentary made by Chinachange.org was presented on the life and work of Ilham Tohti, a professor who is currently serving a sentence of life imprisonment for his peaceful and moderate call for the respect of Uyghur rights in China. The case of Ilham Tohti illustrates China’s lack of democracy and failed policy of autonomy. Speakers raised this point by focusing on the current cultural assimilation and integration policy; the lack of bilingual education has had severe consequences on Uyghur cultural legacy. 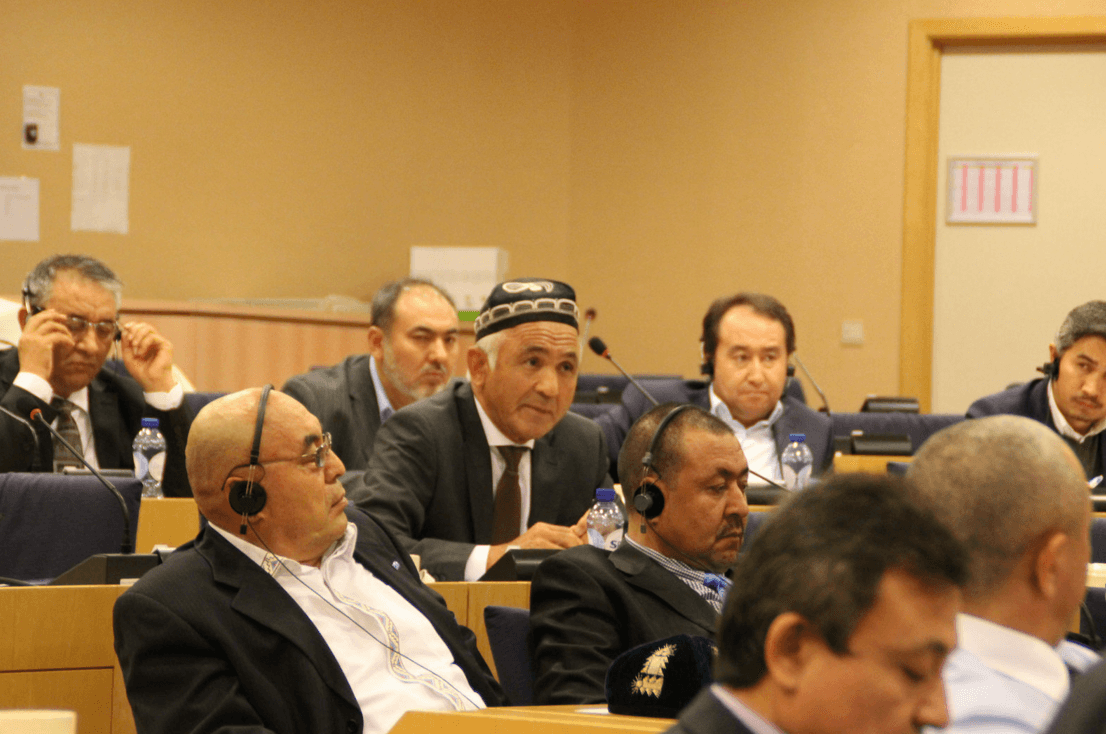 The last day of the conference [24 October 2015] opened with a discussion on feasible ways to defend freedom of religion and  human rights of Uyghurs. Thanks to a high level of input by speakers and participants, several different measures were identified and further discussed. First, more reliable and accurate information is needed in order to ensure that human rights violations are known and condemned. Second, the powerful Chinese communication strategy of demonizing and isolating Uyghurs must be deconstructed. Third, international institutions and human rights organizations must continue to vigorously raise the voice of the Uyghur nation. Fourth, diplomacy should be used as a constructive tool for dialogue, cooperation and finding mutually advantageous solutions. Fifth, the situation in East Turkestan should be re-framed from a human rights perspective, rather than as a question of regional security.

In her closing remarks, Ms Kadeer summarized the discussions with a determined and hopeful attitude. UNPO reaffirms its absolute commitment, not only to raise awareness about the plight of the Uyghur community, but also to defend Uyghur human rights. 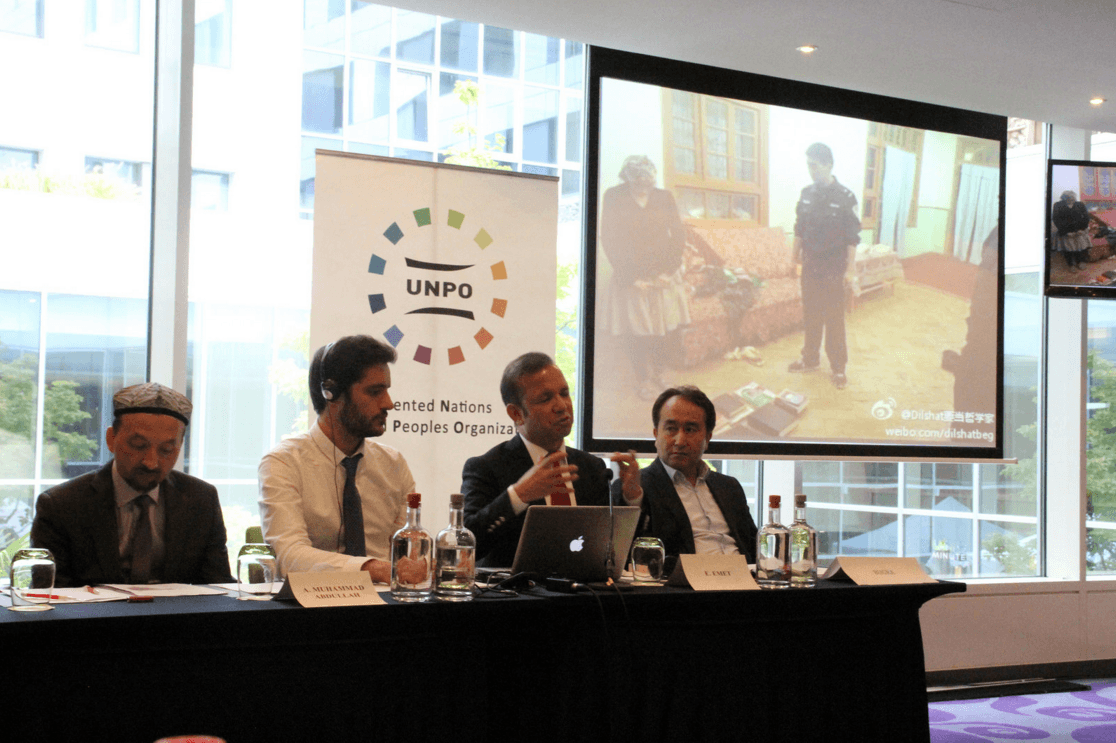 Click here to see the photos of the conference, the program and the speakers’ biographies.