European Parliament Conference on Human Rights, Democracy and the Right to Decide Opens XII Session of the UNPO General Assembly

Brussels 2 July 2015 - In light of the continuous need to raise awareness on the human rights situation of those seeking self-determination and democracy, the Unrepresented Nations and Peoples Organization (UNPO), in cooperation with the European Free Alliance (EFA) and Center Maurits Coppieters (CMC), convened a high-level conference at the European Parliament entitled “Auctioning Human Rights? Democracy and the Right to Decide”.

Hosted by Mr Josu Juaristi Abaunz MEP (GUE/NGL), the conference brought together academic experts, human rights activists and high level politicians, among which Mr Ian Hudghton MEP; Mr Jordi Solé i Ferrando, Secretary General of EFA and Catalan MP; Mr Csaba Sógor MEP; Ms Nelly Maes, former MEP and former President of EFA; Mr Shri Ushatan Talukder, Bangladeshi MP from the Chittagong Hill Tracts; and Mr Yonadam Kanna, Iraqi MP and Secretary General of the Assyrian Democratic Movement. Looking at diverse examples of unrepresented nations and peoples, the conference offered a fruitful opportunity for participants to share their experiences, which ranged from more successful cases, such as Scotland, Catalonia and Kosovo, to cases whereby geopolitical and economic interests continue to impede the fulfillment of human rights. The conference was organized on the occasion of the opening of the XII Session of the UNPO General Assembly.

Following the opening remarks by Josu Juaristi Abaunz MEP and Mr Marino Busdachin, UNPO General Secretary, Mr Ian Hudghton MEP and President of the Scottish National Party (SNP), opened the first panel, entitled Building Momentum on the Right to Decide, with an overview of the eventful decade that Scotland is going through.. The referendum of 2014 was the most iconic achievement to this date in the Scottish people’s struggle for self-determination, as it offered them a democratic opportunity to determine their own future. Regardless of the outcome of the referendum, Mr Hudghton said, the legacy of this political event is unquestionable. 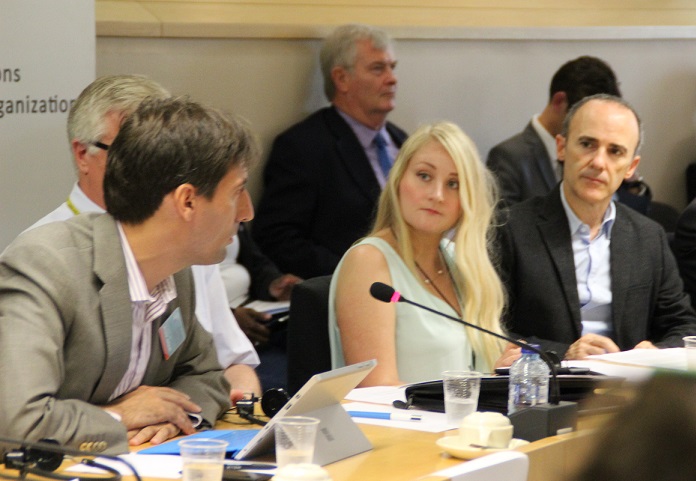 The second speaker, Mr Jordi Solé i Ferrando, Secretary General of EFA and Catalan MP, shared his views on the current state of play in Catalonia. For a new country in the making, Mr Solé explained that independence and socio-economic improvement are synonyms and both are key to success in the case of Catalonia.  He further explained that Catalonia’s desire is to become the next EU member. Closing the first panel, Mr Zsolt Sylagyi, representative of the Hungarian Community in Transylvania, delivered a speech illustrating how Romania’s centralised political system has driven the country’s intelligence service to consider minority questions as a matter of national security. He added that the EU, in light of the values it aims to promote, should contribute to encourage Romania to enact reforms to accommodate the concept of local autonomy. 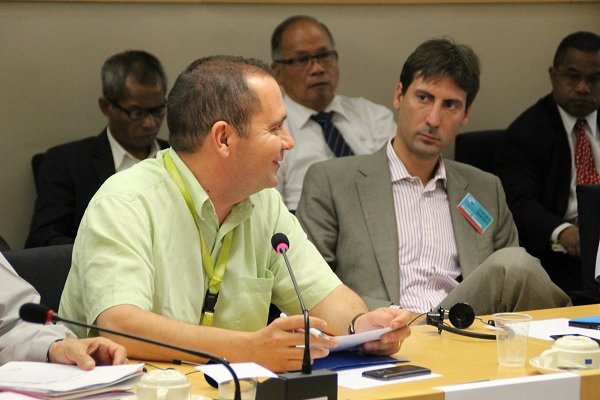 The second panel, entitled Money Talks: Undermining Self-Determination and Democracy in the 21st Century,  started off with a speech by Mr Michael Jewkes, Doctoral Researcher at KU Leuven. Presenting different theoretical models of self-determination and their relation tosecession, Mr Jewkes emphasized that priority must be given to the improvement of international recognition of national identities.

Addressing the need of unrepresented nations and peoples to access to diplomatic forums, Dr Fiona McConnell, Associate Professor at Oxford University, Highlighted that UNPO has been crucial in offering these peoples a platform and form of legitimacy.

Further elaborating on the importance of balancing traditional diplomacy with paradiplomacy, Ms Lorena Lopez de Lacalle, Secretary of International Relations of Eusko Alkartasuna, spoke about the Basque struggle for self-determination and the difficulties imposed by the Spanish and French States. According to her, the Basque ambitions for a greater say in international relations and communications with external actors can only be achieved through full independence and, consequently, through real diplomacy.

Ms Nelly Maes, former President of EFA, former MEP and former president of the Flemish Peace Institute,  argued that the EU construction is based on democratic values but, in practice, the dominant framework holding the Union together is the free-market, which in turn makes economic interests prevail over the promotion of minorities and nations. She emphasized the need to build solidarity among oppressed peoples and work together to strengthen every nation’s right to decide its own future.

The third panel, entitled Holding Human Rights Hostage: Self-Determination, Democracy & Tolerance was opened by Mr Abdirahman Mahdi, ONLF Foreign Secretary. After briefly presenting the history and geography of Ogaden, Mr Mahdi explained how the Ethiopian regime has systematically denied the Ogaden people their right to self-determination and moreover committed aggressive and systematic human rights violations against this ethnic group.  The situation has further escalated due to interests of multinational oil companies that are contrary tothose of the people in Ogaden.

Exploring a similar situation of occupation of an indigenous land rich in natural resources Mr Nasser Boladai, Spokesperson of the Balochistan Peoples Party, presented the case of Balochistan, a region that is tied to multiple states’ geo-political interests. In consideration of its coal and gas resources, Pakistani and Iranian interests in the region deprive the Baloch people of any rights. Mr Boladai further explained how the struggle for a secular and democratic Iranian republic with a federal structure based on the equality of its components has lead the Baloch people to suffer mass displacement, killings, disappearances and unjust imprisonments.

Mr Abidine Merzough, European Coordinator of IRA-Mauritania, drew attention to the long struggle against slavery and the appalling human rights situation in Mauritania. He highlighted the importance and effectiveness of UNPO’s support to the cause of the Haratin people, but warned that every time international awareness is raised on the situation in the country, there is a new wave of crackdown on activists. Mr Merzough also reminded the audience of the case of Biram Dah Abeid, Member of the UNPO Presidency still imprisoned for his pacific activism against slavery.

The fourth and last panel, entitled Working Towards Success? Stories from Europe and Beyond started by looking at the case of Kosovo. Mr Agron Bajrami, Editor in Chief of Koha Ditore, delivered a remarkable speech, giving his perspective on his country’s progression towards independence. Mr Bajrami reminded the audience that initially the international community did not pay attention to the peaceful pro-independence Kosovar movement and it was only when violent conflict broke out that major international actors mobilized, thus helping to shape the outcome. Full recognition, he argued, will always remain an issue, as great powers are not prone to breaking the status quo of international relations. 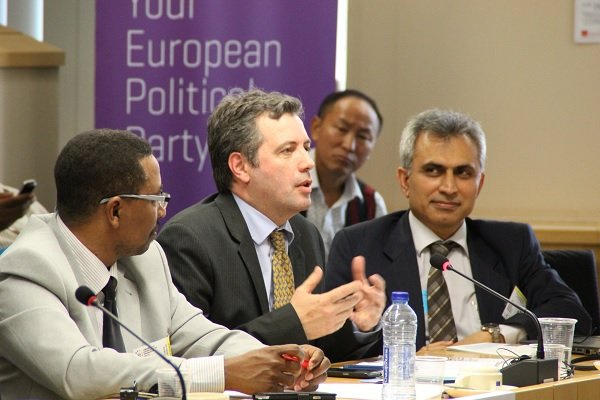 Dr Joanie Willett, member of Mebyon Kernow, presented the case of the Cornish nation. She revealed that the success behind the national element in Cornwall has developed partly thanks to the prospective of building an alternative to the discredited three party system based in London. If for the UK’s political center Cornwallremains largely insignificant, the Cornish put their land at the very core of everything they do.

The last speaker, Mr Artur Gaguliya, Head of the Department of Europe, USA and Canada in the Ministry of Foreign Affairs of the Republic of Abkhazia, explained how his country has managed to increasingly conclude international agreements and advance its State budget, despite the drawbacks of his country’s limited recognition, as well as infrastructural damages caused by the war in the 1990s. Still facing diplomatic and trade challenges, including visa issues and international blockades, Abkhazia has nevertheless reinforced its democratic process through institution building and the holding of free and fair elections, to which UNPO sent an electoral observation mission in 2014. Mr Gaguliya reiterated Abkhazia’s commitment to the fundamental principles of democracy and expressed hope that his country will manage to strengthen its relationship with the EU in the future. 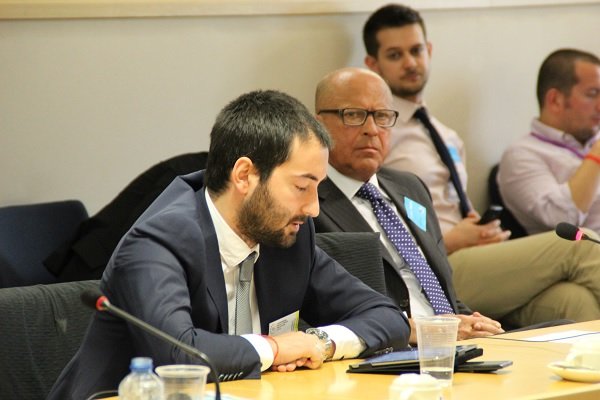 Highlighting a diverse set of cases, ranging from Catalonia to Scotland, from Balochistan to Kosovo, from Ogaden to Abkhazia, the conference concluded that, regardless of a nation’s or people’s geography, history, identity and status quo, there is a real need to build solidarity and share expertise among nations and peoples struggling for self-determination. UNPO remains committed to offer all its members a platform to access the international community, and will continue  to work to ensure that their voices are heard and their rights protected.