In May 2015, Rohan Radheya travelled to West Papua as an undercover journalist with the aim of meeting with several political prisoners and visiting the headquarters of the Organisasi Papua Merdeka or Free Papua Movement (OPM). According to Simon Sapioper, acting President of the National Government of the Republic of West Papua (NGRWP), journalists like Radheya are facing multiple risks travelling to West Papua as undercover journalists on a tourist visa, including imprisonment if they are caught.

Foreign journalists have been banned from entering West Papua since 1963, the year in which Indonesia occupied the region. On 10 May 2015, during his three-day visit to West Papua, however, President Joko Widodo announced a lifting of this ban, stressing that foreign journalists would be able to enter the region from that day onwards. Radheya just happened to be in the region during Jokowi’s announcement.

Despite this seemingly positive step, Radheya remained wary telling UNPO that no one in West Papua believes in Jokowi’s promises to allow press freedom in the region. He further highlighted that a long list of criteria which foreign journalists wishing to enter West Papua have to fulfill was published directly after the ban was lifted. These demands include the prohibition of negative and critical news about the Indonesian government. Besides, foreign journalists would still be subjected to a ‘screening’ and those who report biased or imbalanced news would be penalized. 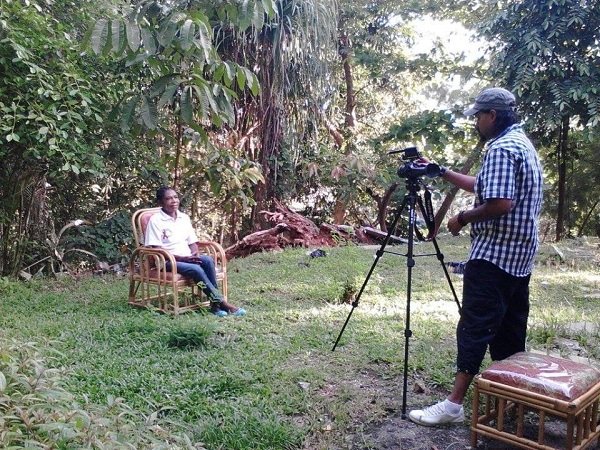 During his most recent visit to West Papua, Radheya had the opportunity to interview political prisoners, among them Filep Karma, who currently is imprisoned in the Abepura prison. Karma, who has been declared a prisoner of conscience by Amnesty International and who is nominated for the Nobel Peace Prize, told Radheya that he remembers the first time he was beaten in prison. Moreover, like many others, he was not granted a free and fair trial.

Following his stay in West Papua, Radheya headed to neighboring Papua New Guinea, where he is currently preparing a documentary about the lives of the thousands of West Papuan refugees living in the Lowara refugee camp. Most of the West Papuans living in the camps fled the political persecution in their home country in the 1970s and 80s.