On 13 May 2015, the Brussels-based Mauritanian diaspora staged a demonstration in front of the European Parliament for the third time this year, calling for the release of imprisoned Mauritanian anti-slavery activists. Mr Biram Dah Abeid, President of the Initiative for the Resurgence of the Abolitionist Movement in Mauritania (IRA-Mauritania) has been in prison for more than 6 months for participating in a peaceful demonstration against modern day slavery in Mauritania. Unfortunately, he is not alone. Several other activists, including Mr Djiby Sow, President of NGO Kawtal, have also been imprisoned in poor conditions of detention for several months.

Although protest brought together IRA-Belgium activists of Moor, Fula and Haratin descent, the IRA-Belgium President, Mr Abdel Wahab Jeddou, regrets that some Mauritanians of Moor origin still find it difficult to support IRA:

"It causes problems with the family; some family members might reject you because you join the anti-slavery movement and they do not understand it."

Mr Jeddou also outlined the goals of the organization: they are calling for the immediate release of the anti-slavery activists; the implementation of national laws condemning slavery; a Governmental guarantee for anti-slavery organizations to work freely and the respect of basic and fundamental human rights in Mauritania. He insisted that non-violence constitutes a core value of their struggle, preferring to rely on international pressure as a possible way forward.

During the demonstration, UNPO spoke to a Belgian activist called Maryvonne, who has been supporting IRA-Belgium over the past two months, and admitted to UNPO that she was unaware of what was happening in Mauritania prior to starting her position as a volunteer at Amnesty International Belgium, where she met members of the Mauritanian diaspora in Brussels. Since then, she has attended all of IRA-Belgium’s sit-ins and is in charge of gathering signatures for a letter that IRA will send to the European Parliament.

"A resolution calling the Mauritanian Government to release the IRA-activists was voted on by the European Parliament in December 2014, but nothing has really changed since then", Mr Jeddou explained.

One of the newest signatories of the appeal is Sonia, a young woman who had not known about the realities of slavery in Mauritania before she met Maryvonne and other IRA members. She declared she would now follow developments in the country more closely. 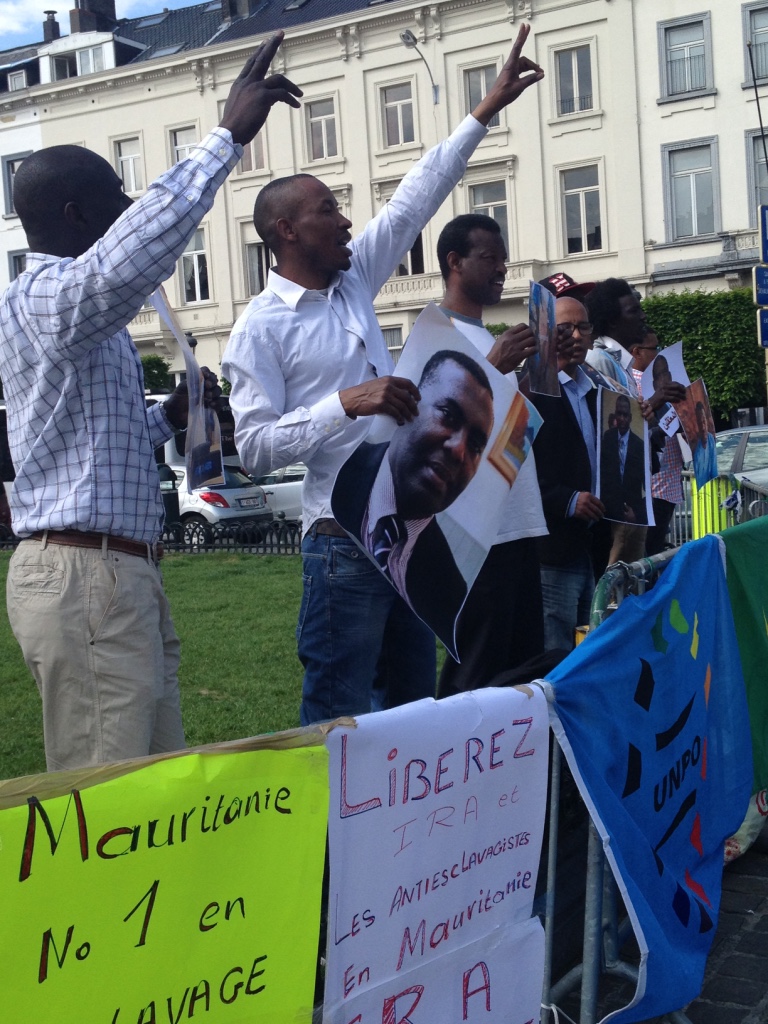 According to Mr Ahmed Amou Ould Moustapha and Mr Mohamed Baba, who had visited some of the imprisoned activists in Aleg in April 2015, Mr Biram Dah Abeid and Mr Brahim Jiddou remain strong, but the conditions of their detention are, unsurprinsgly, very poor. They reported that despite having lost a lot of weight, Mr Abeid and his colleagues continue to struggle with determination. However, Mr Jiddou’s family is also facing financial hardships, following the suspension of his high school teacher salary. Mr Moustapha and Mr Baba also visited Mr Djiby Sow in Nouakchott, where he was transferred after starting a hunger strike in January 2015. His medical condition is deteriorating.

In light of these developments, IRA-Belgium Secretary General Yahya Abdel Aziz Anne, present during Wednesday’s demonstration in Brussels, calls for Mr Sow's immediate release and demands that he receive appropriate and adequate medical care and treatment.

Mr Abeid and Mr Jiddou’s appeal trial is scheduled for 22 May 2015 in Aleg. But Mr Anne expressed his doubts about whether this trial will actually take place: "The Mauritanian State will not work towards this," he conceded.

Mr Abeid and Mr Jiddou’s lawyers have nevertheless asked for a release on bail until the trial, but have not yet received any official response from the authorities. 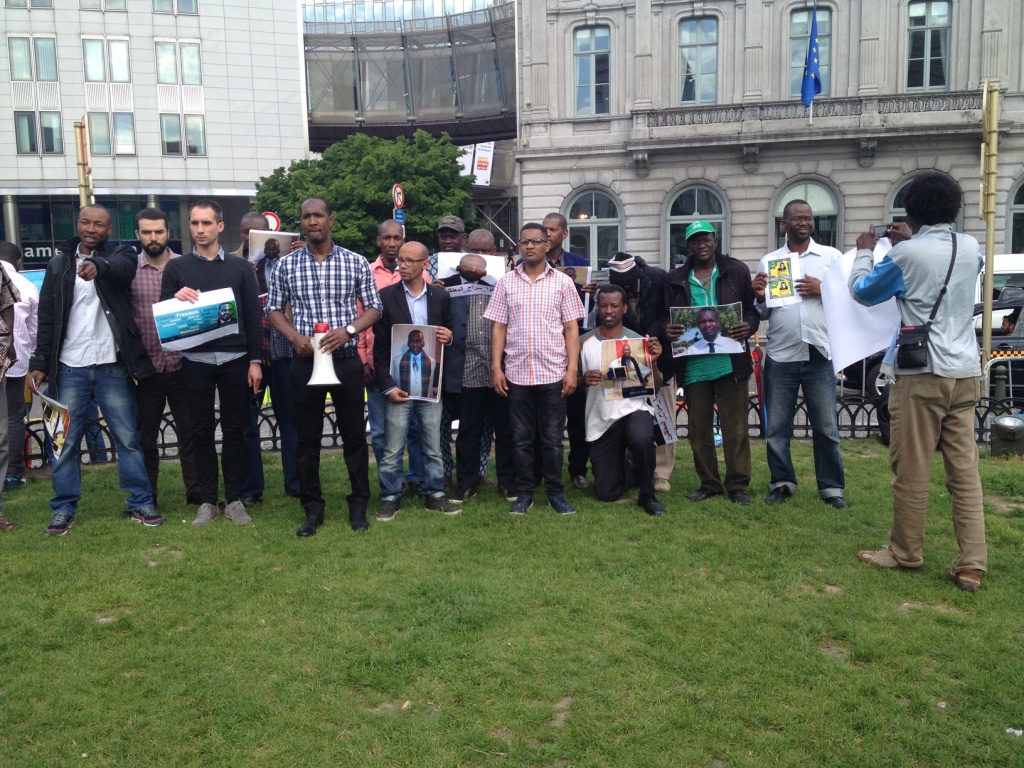 All the activists present on Wednesday underlined the importance of Biram Dah Abeid for the movement. Mr Abeid was awarded, among others, the 2013 United Nations Prize for Human Rights and Front Line Defenders Prize, and the 2014 Echoes of Africa Award from the University of Philadelphia.

"He is our spokesperson abroad, and as such is dangerous for the regime", Mr Jeddou added.

According to Mr Jeddou, democratic change is slowly coming to Mauritania as Mauritanians are starting to contest State-endorsed slavery. This, he says, is partly thanks to IRA-Mauritania, which has been putting pressure on the State to pass laws condemning slavery.

"We are going to continue our struggle for future generations. And for this to work, we need everybody’s support and the release of Biram. Only with Biram can we move forward,"  concluded Mr. Jeddou.