UNPO concluded a fact-finding mission to Mauritania, which took place from 15 to 19 March 2015, with the aim of meeting a wide range of Government officials, politicians, civil society organizations and activists in order to engage in renewed dialogue, assess efforts at the national level to combat slavery and its aftermaths and better determine the political will to address myriad challenges ahead. The mission culminated with a visit of anti-slavery activists Biram Dah Abeid and Brahim Bilal Ramdhane at the prison in Aleg, Mauritania.

The delegation, consisting of UNPO representatives Ms Johanna Green and Ms Iva Petkovic, first met the Mauritanian Commissioner for Human Rights and Humanitarian Action, who leads the Commissariat (Ministry) tasked with the formulation of the strategy for executing the Government policy on human rights, to further discuss the Roadmap to Combat the Consequences of Slavery (Feuille de Route pour la Lutte contre les Séquelles de l'Eslavage), and the participatory aspect of the implementation process. During the meeting, the Commissioner discussed awareness raising campaigns and specialized affirmative actions programs carried out throughout Mauritania. 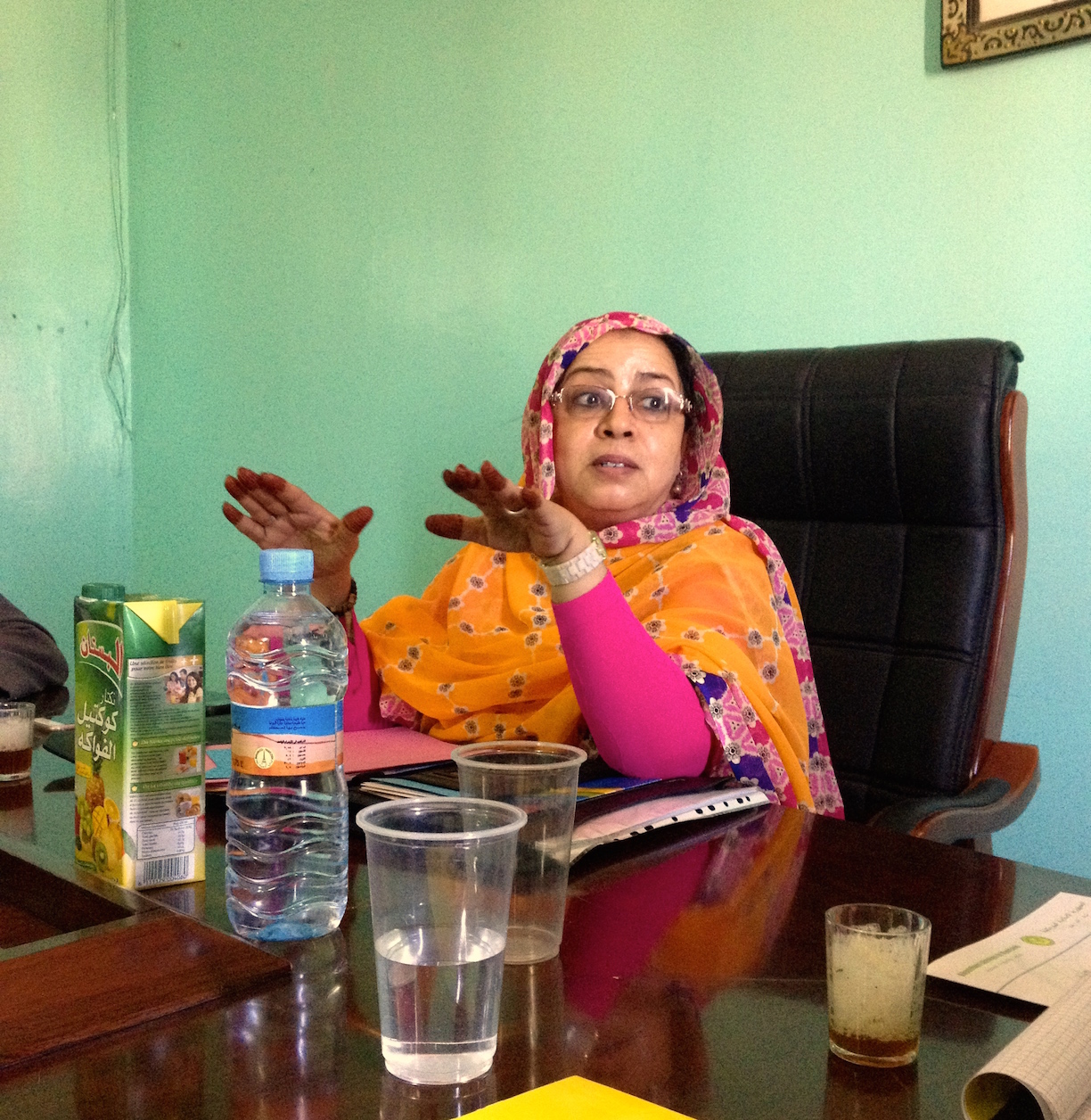 The President of the National Commission For Human Rights welcomed UNPO and recognized the visit as an indication of good faith. She expressed hope in Mauritania’s diversity and multiracial composition. During the meeting she argued that poverty, illiteracy and other social differences continue to pose challenges in eradicating the “aftermath of slavery”. 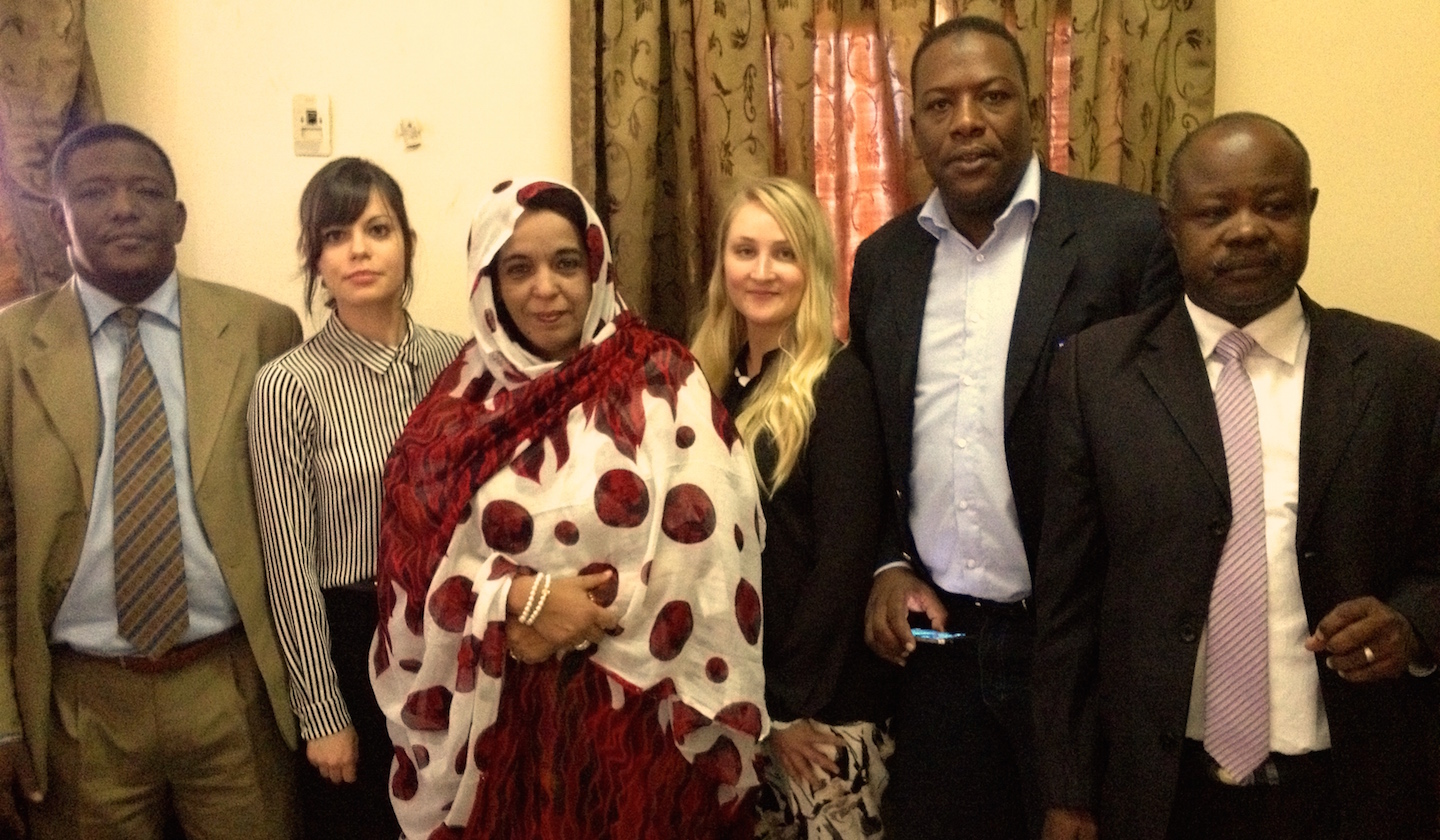 The President of the Platform of Non-State Actors introduced UNPO to several representatives of trade unions and civil society organizations (CSOs), who expressed their will to find a solution to the question of slavery together and placed great importance on preserving social cohesion in the process. During the meeting, the Chairman of FONDAH pointed out that not too long ago, Mauritania’s political culture did not encompass fruitful dialogue on indigenous rights and how to address systematic human rights violations. He acknowledged that slavery still exists and it must be confronted actively. While laws criminalizing slavery have been put in place in Mauritania, there is an evident shortfall in implementation, he added.

In the evening of 16 March 2015, the President of EPPDHO (Ensemble Promouvoir et Defendre Les Droits de l’Homme) organized a working dinner for various representatives of national NGOs and CSOs, including Boubacar Ould Messaoud from SOS Esclaves, Aminetou Mint El Moctar from the Association des Femmes Chef de Famille, Balla Touré from IRA Mauritania, among others. The evening event cultivated heated debates on diversity and discrimination in Mauritania revealing a core fracture – surprisingly even within non-State actors - in the very conceptualization of the problem: is Mauritania combatting the persistence of slavery or eradicating its consequences? 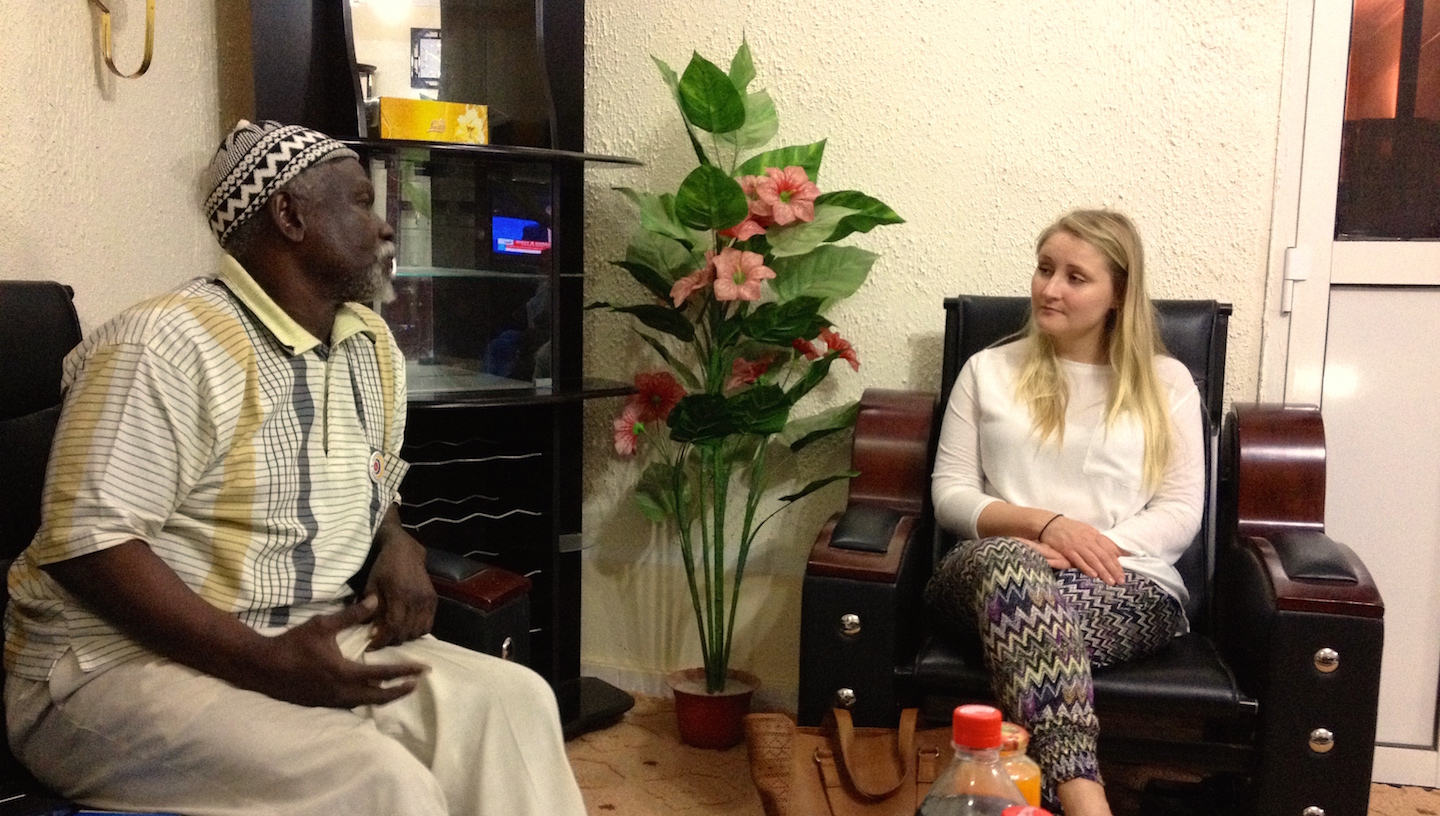 During his intervention, Balla Touré spoke about land expropriation and land slavery. He explained that the Haratin do not have right to their land and property, despite having lived and worked the lands for centuries, but continue to face administrative obstacles, which have been put in place as a strategy of enslaving the community. He expressed his disappointment with regards to the arbitrary imprisonment of his IRA colleagues during a peaceful demonstration held in November 2014, and the fact that the majority of civil society actors did not denounce the unjust interference. 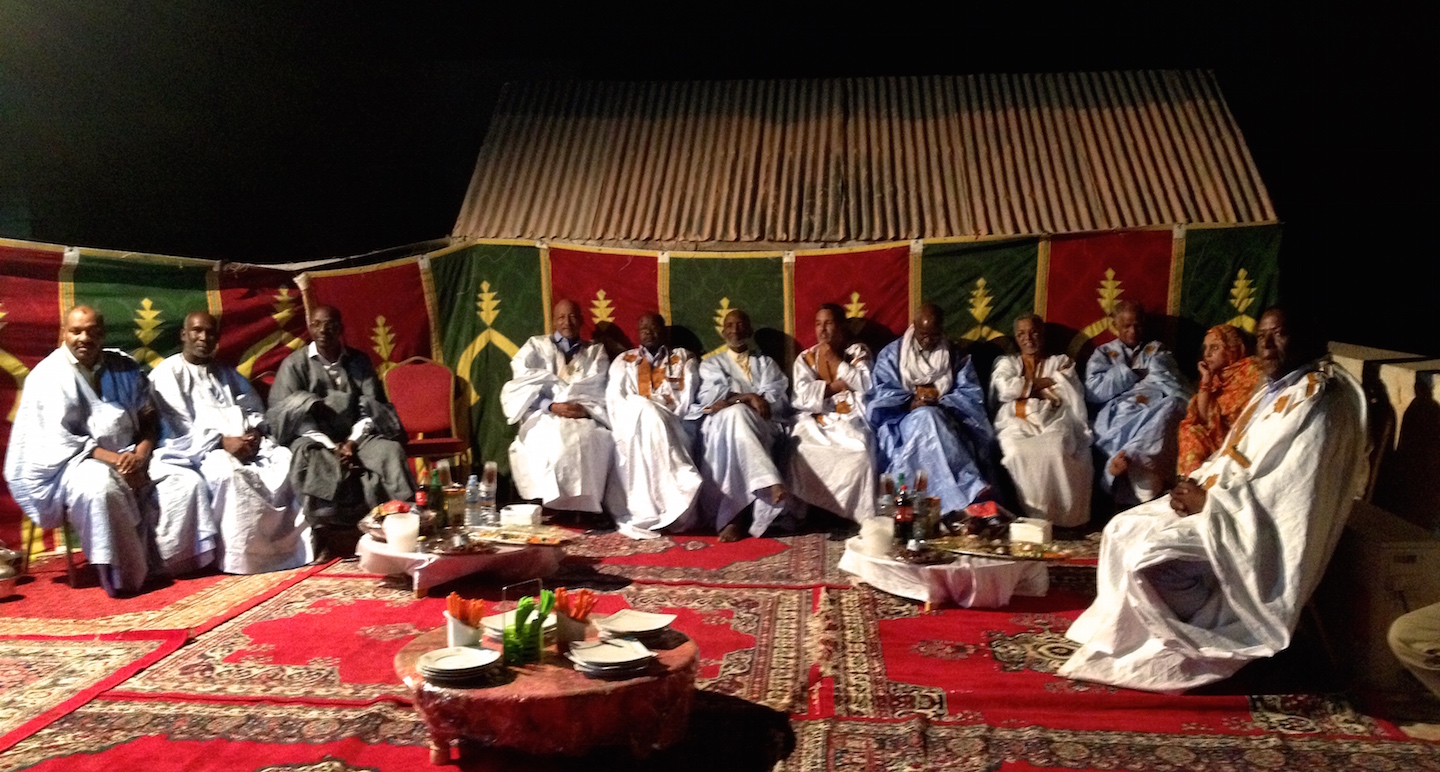 On 17 March 2015, the UNPO representatives met with the Tadamoun Agency, an autonomous Government-funded agency mandated to monitor the fight against the vestiges of slavery, and address issues related to social integration and poverty. The Director General of Tadamoun Agency explained how the agency implements concrete measures and programs targeting underprivileged, rural, remote and poverty-stricken segments of society, and delineated some of their achievements over the past year, for example in their work with youth, refugees and former victims of slavery. 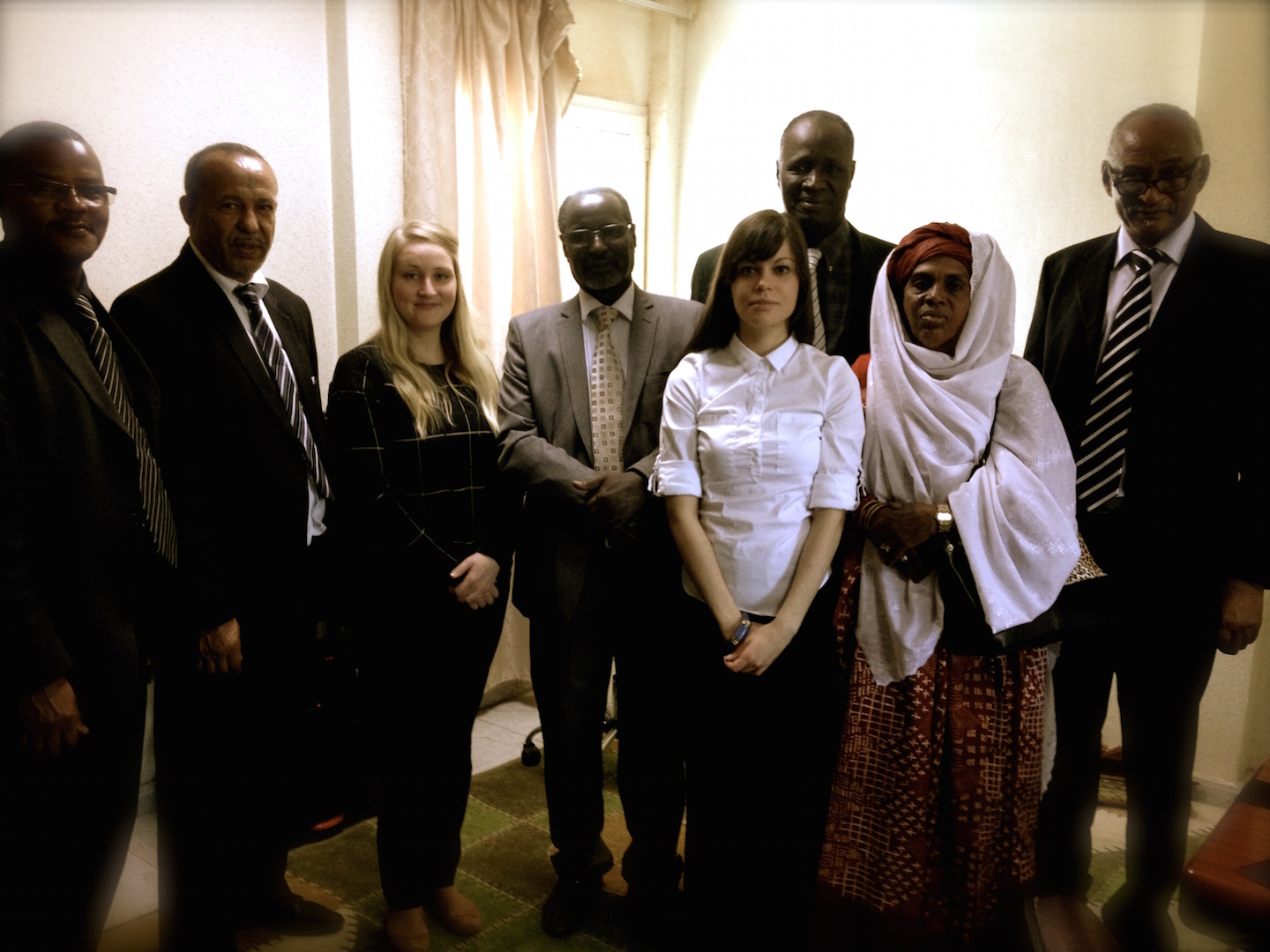 Ms Johanna Green and Ms Iva Petkovic also had the honor of meeting the President of the Mauritanian Parliament, who conceded that “to say [slavery] no longer exists would be hazardous” and that “there is a strong political will to fight remains of slavery”. He maintained that slavery is fundamentally an economic problem of underdevelopment. Although the Parliament is in charge of rigorously supervising the work of the Government in its implementation of the Roadmap, he believes that the executive branch is tackling the issue aptly by designating segments of the national budget to poverty alleviation and economic empowerment programs, constructing housing settlements, and improving schools and hospitals. During a meeting with the Ministry in charge of Relations between the Parliament and CSOs, the UNPO delegation also heard about the capacity-building programs for CSOs and NGOs. Moreover, the delegates had the opportunity to visit a reintegration center for children in conflict with the law. The center offers an alternative to children who otherwise would be serving sentences in adult correctional facilities, while at the same time providing an opportunity for the children to develop various arts and craft skills. 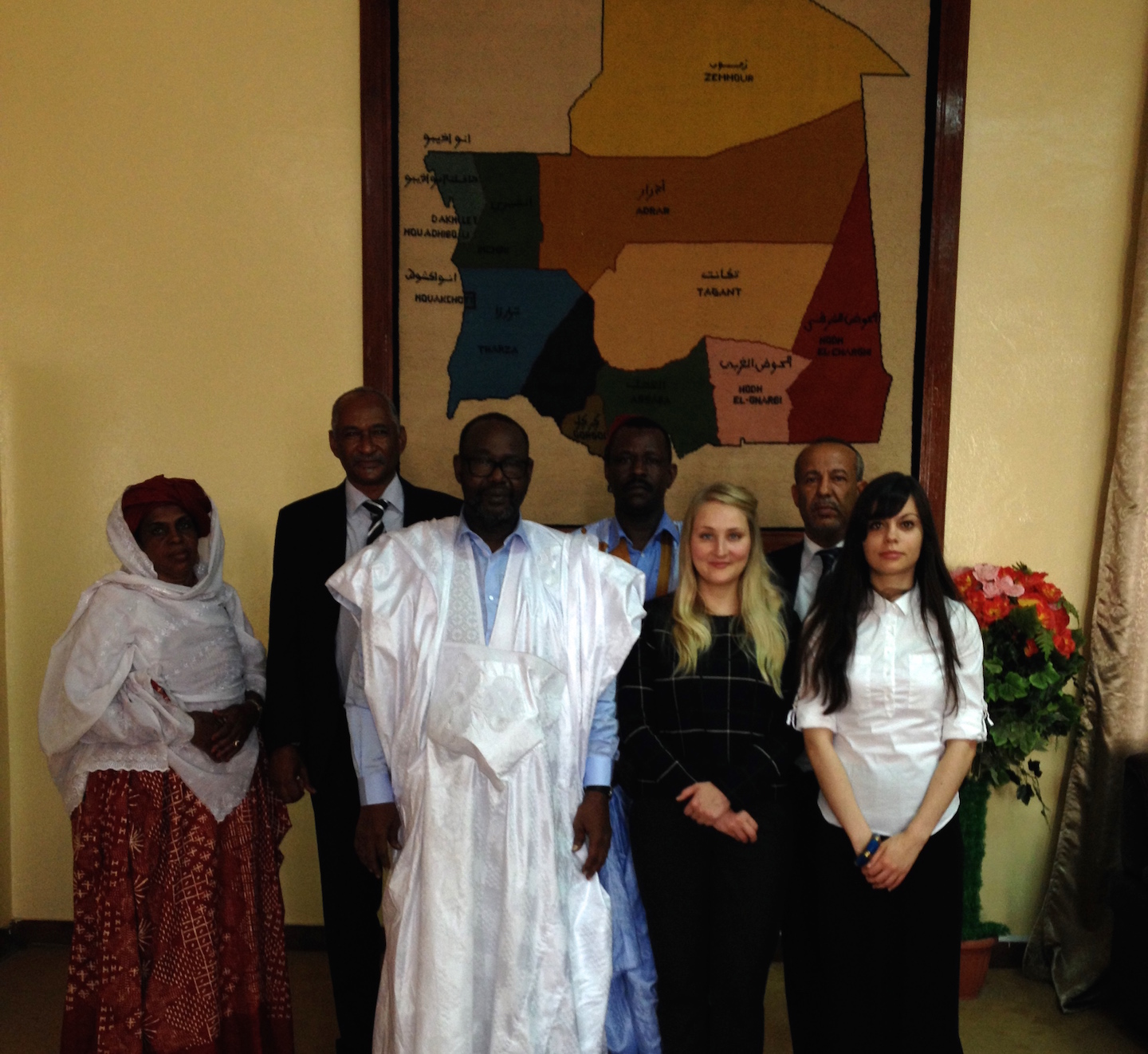 The Vice-President of the Senate also found the visit of UNPO as a praise-worthy initiative, but also reiterated previous accounts identifying poverty and underdevelopment, rather than slavery, as key issues. The meeting also provided an opportunity for various Members of the Mauritanian Senate to express their views on the politics of race and culture, discrimination and equality. They all shared a common view of slavery as a “historical phenomenon”, which is now embedded in Mauritania’s legal system as a crime against humanity. 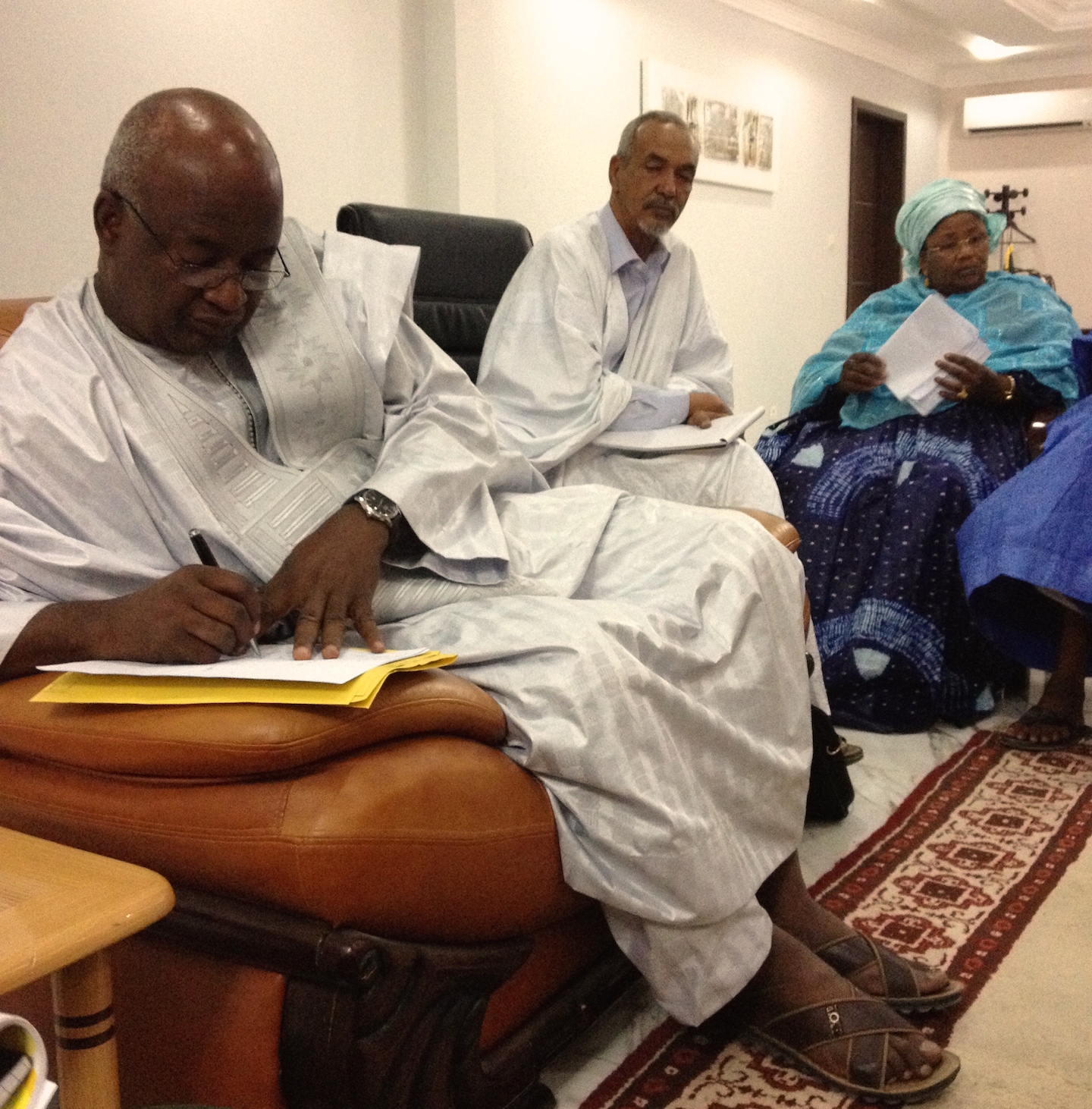 During UNPO’s visit to the Directorate of Agriculture on 18 March 2015, the delegation heard about the participatory strategies and innovative business plans to improve agriculture output, balance investor and farmer partnerships, and target vulnerable peoples. Similarly, the Directorate of Elementary and Secondary School also presented its positive discrimination initiatives in providing education for all, particularly in underprivileged areas in Mauritania. Yet, to the dismay of the UNPO representatives, the Director General denied that slavery is an enduring reality in the country, something which undermines national efforts to ensure education for all, as children born to slaves often lack identity documentation and thus opportunity to enroll in schools.

The UNPO representatives also met Mr Ekkehard Strauss from the Office of the UN High Commissioner for Human Rights. They discussed some positive steps observed by the body in their human rights monitoring activities, particularly in the fight against slavery, torture and justice, women and gender based violence, and poverty. The UNPO delegation questioned the OHCHR representative about their experiences as an observer of the implementation process of the Roadmap. One of the conclusions from the meeting was that despite the political will, there is a general tendency to underestimate the time needed to implement such a comprehensive and wide-ranging action plan. 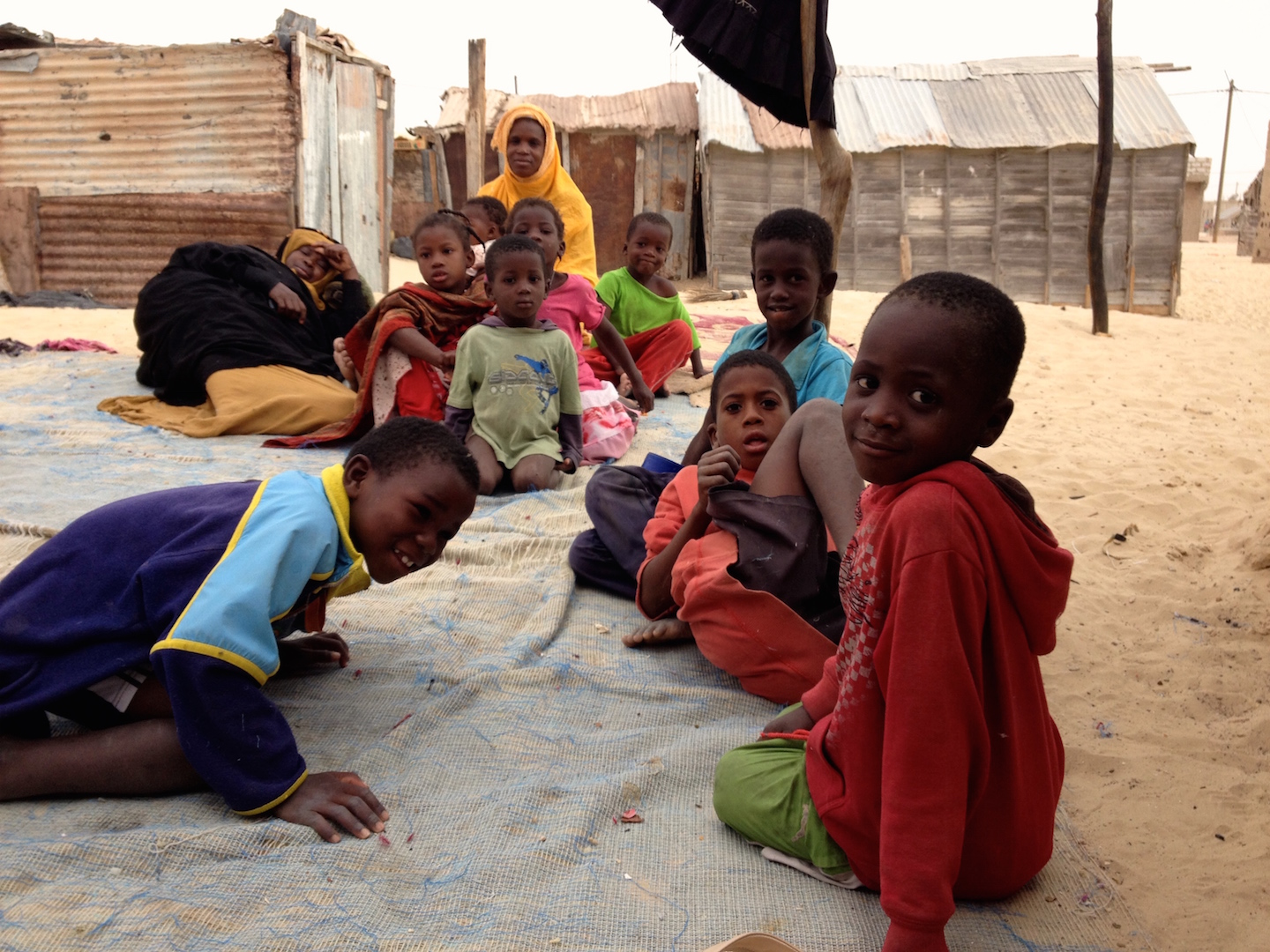 On 19 March 2015, the UNPO delegates visited their IRA colleagues Biram Dah Abeid and Brahim Bilal Ramdhane in Aleg prison to determine the conditions of their detention. During the 3-hour long visit, the two imprisoned activists discussed how charges against them have been fabricated and consequently politically manipulated in the media. They denounced the continuous denial of the existence of slavery and the institutionalized apartheid in Mauritania:

“We never said that there are chains and slave markets, but there is slavery! Why can IRA mobilize so many people? Because it can affect so many victims!” 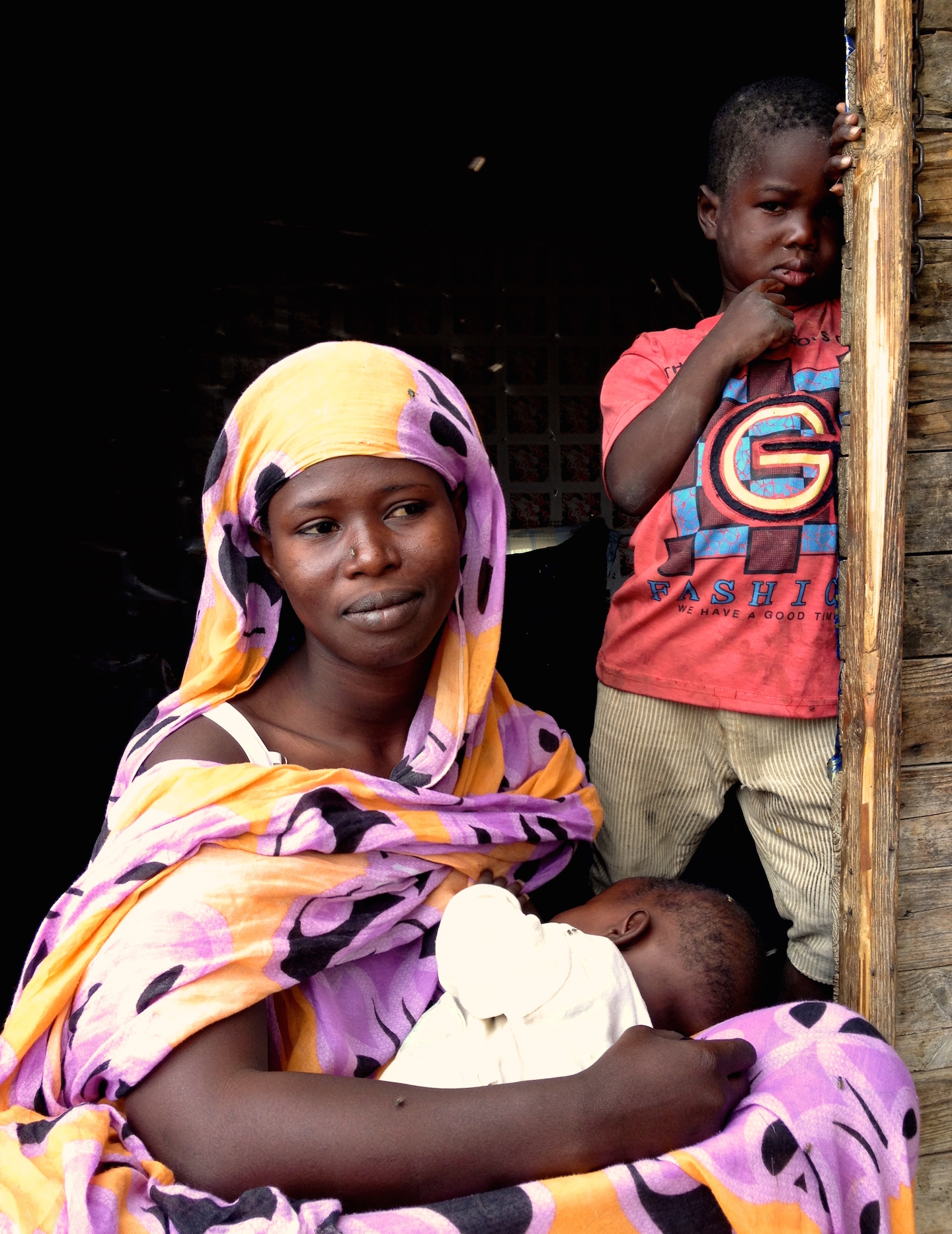 They expressed concern, which was also echoed by UNPO delegates, regarding the State-orchestrated propaganda and fear-mongering, which promotes the idea that Mauritania only has two options: slavery or civil war. Biram Dah Abeid argued:

“I am not against the power of President Aziz or anyone else … but he organized the war against us. We do not accept living and seceding to fear!”

While Mr Biram Dah Abied and his colleague appeared to be well, they did note that the visitor’s room was cleaned one day prior to UNPO’s visit by several guards. They also noted that it is the first time that the doors of the room where closed to allow privacy and that their food was not grotesquely searched. 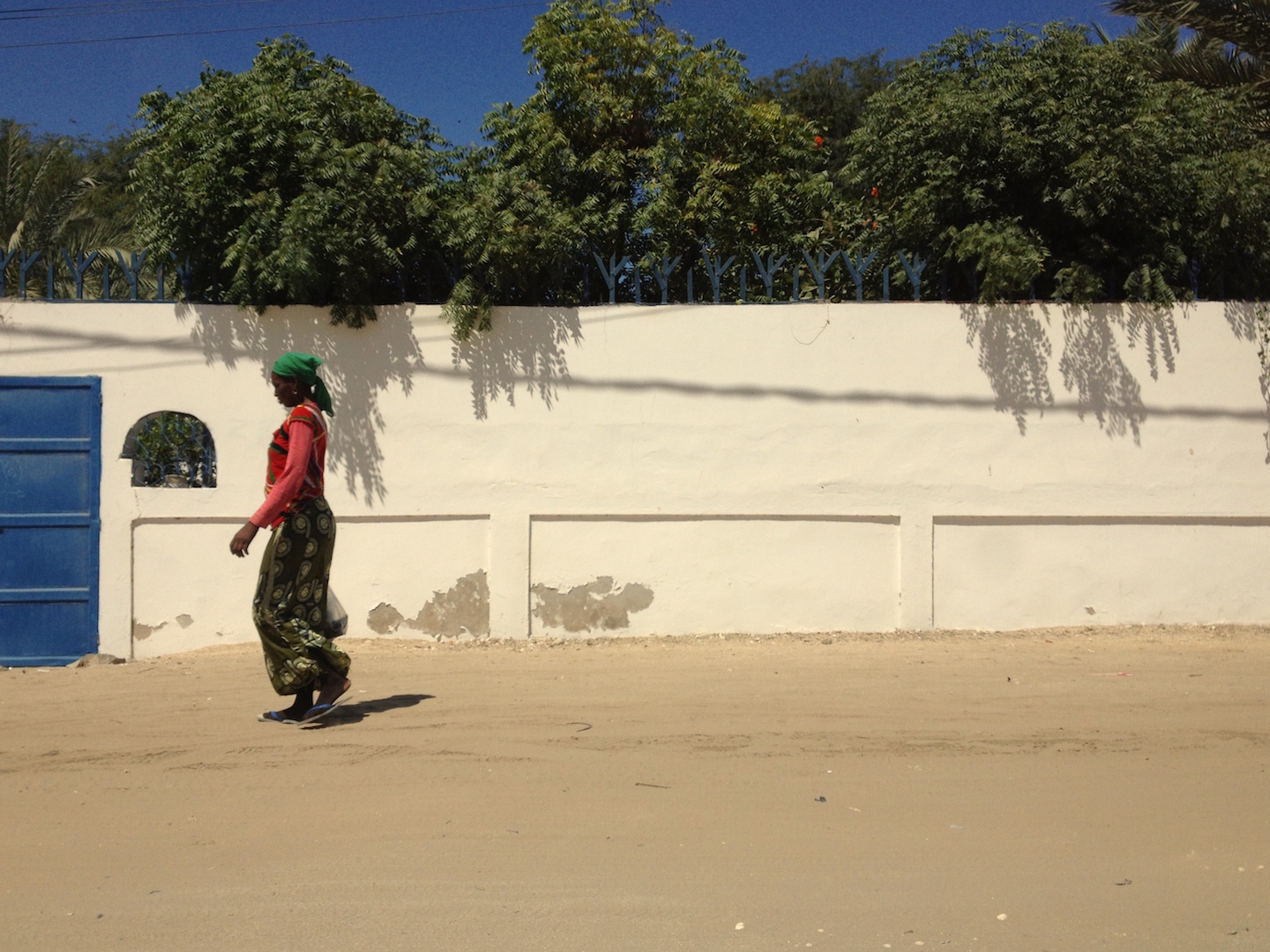 It is evident that the question of slavery is a divisive hot-topic, marginalizing certain critical and vocal non-State actors and activists from engaging in meaningful, participatory and effective political dialogue.

During the visit, it has been confirmed to UNPO that despite slavery being de jure a crime, this has had little practical implications for the slaves and their masters, particularly due to the Government’s denial of the very existence of slavery. The UNPO delegation also observed a widespread fear to oppose the Government’s official line of “zero percent slavery”, creating a confining atmosphere of false “national consensus on slavery”. One of the greatest challenges observed during this fact-finding mission is the lack of data on the nature and incidence of slavery in Mauritania. 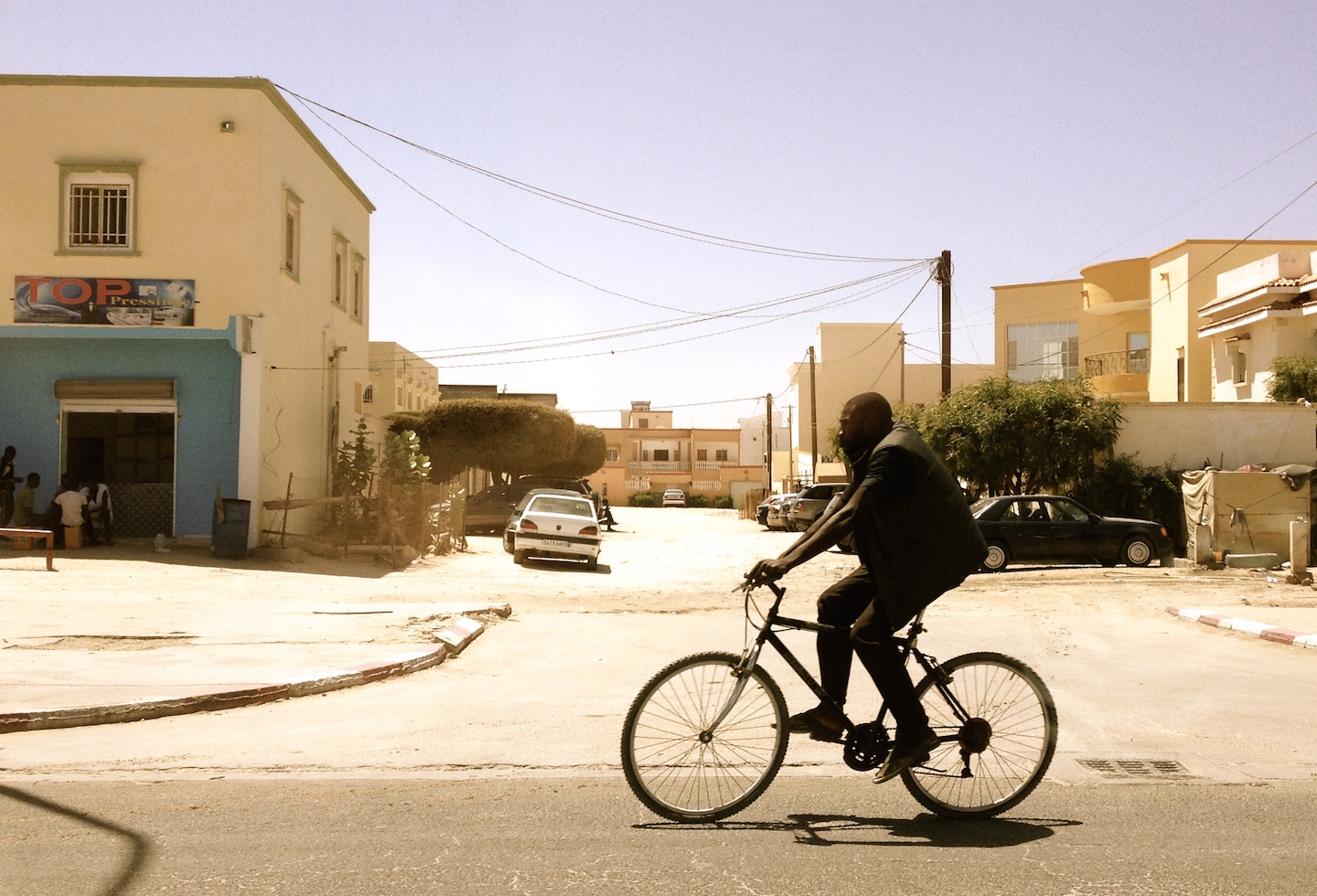 During the visit, the UNPO delegates reached a concerning conclusion that the Government feels deeply threatened by the widespread support the abolitionist movement is enjoying at the international level, as evidenced by the politically-charged arbitrary arrests.

Following long consultations with IRA Mauritania members, UNPO decided to accept the invitation by the NGO EPDDHO (Ensemble Promouvoir et Defendre Les Droits de l’Homme) to visit Mauritania, well aware that the resulting media coverage may not only be selective, but also channel attention away from the real issues at stake.   Nevertheless, UNPO warmly welcomed the opportunity to visit Mr Biram Dah Abeid, member of the UNPO Presidency in prison and interprets this gesture by the Mauritanian authorities as a willingness – if for the time being still timid – to create an opening and pave the way for constructive  and honest dialogue with IRA and other NGOs in addressing slavery and its aftermath. 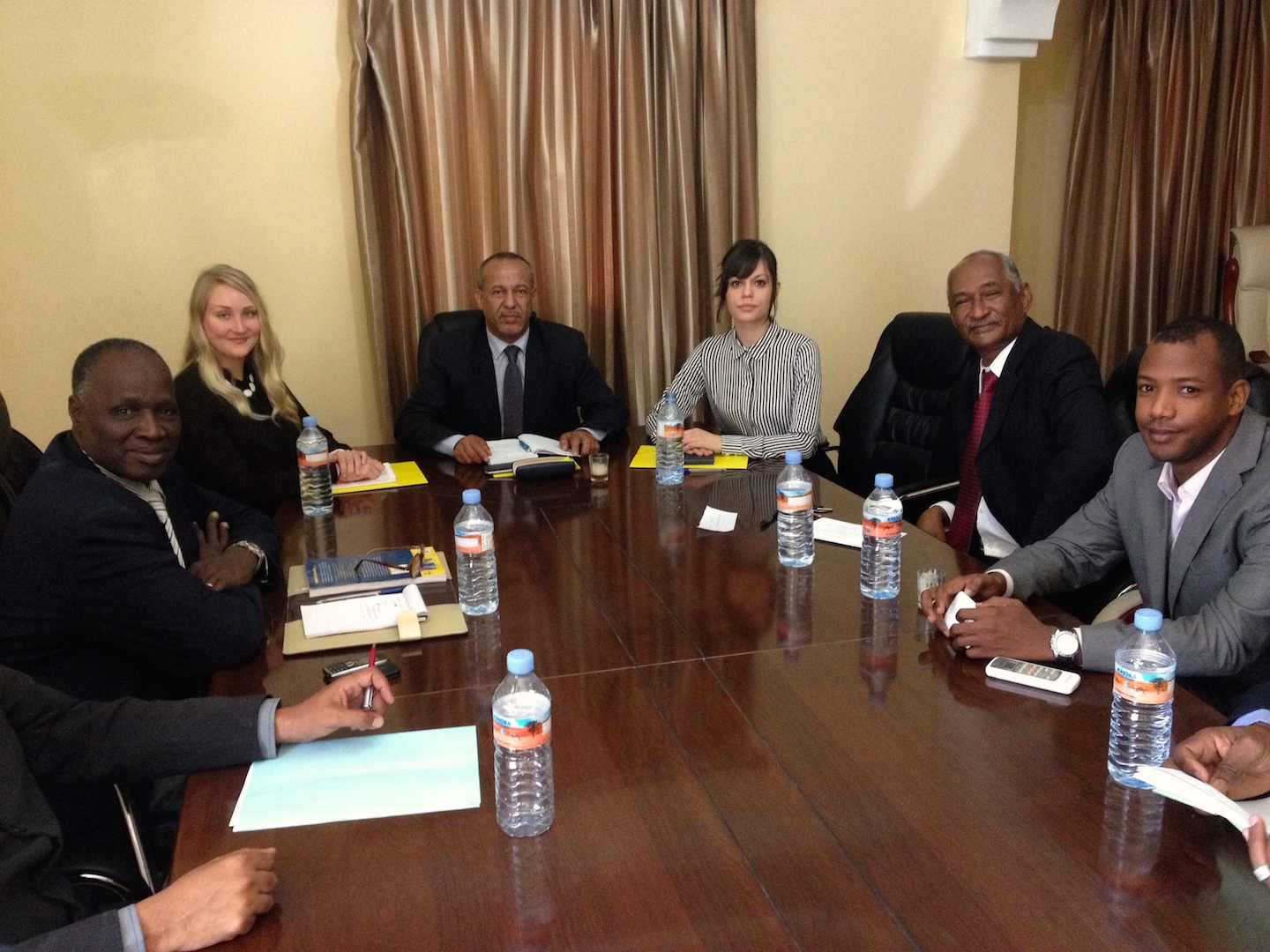