On 3 December 2014, the Unrepresented Nations and Peoples Organization (UNPO), hosted by Csaba Sógor MEP (EPP), welcomed Rebiya Kadeer to the European Parliament to speak about current minority persecution and prospects for democracy in China in light of the recent protests in Hong Kong. At the event titled ‘Rebiya Kadeer Speaks: How the Hong Kong Protest Inspired Democracy, Dialogue and Peace in China’, she spoke about the current issues that minorities face in confronting autocratic regimes by drawing on the experiences of the Uyghur people and the renewed optimism that has spread around the world since the Hong Kong protests this year.

In their opening remarks, Iva Petkovic (UNPO) and Csaba Sógor MEP (EPP) highlighted the concerns of the international community with regards to China’s strategies that it currently employs against minorities within its own territory. Mr Sógor stated that the current situation in China can also remind MEPs and other actors in Europe that they must continue to address their own minority issues at home if they wish to set an example for other nations around the world.

The UNPO representative argued that “we should not forget that China’s cold-hearted repression of the pro-democracy protests - protests it claims were spurred by external forces - is representative of China’s uncompromising and anti-democratic attitude towards their ethnic, religious and linguistic minorities.”

“President Xi Jinping’s tough stance on political dissent in Hong Kong and elsewhere shows a continuing reluctance to engage in dialogue and meaningful democratic processes, fuelling, if not triggering, tensions in East Turkestan and other regions,” she continued.

Ms Petkovic highlighted the examples of draconian punishments used against the Uyghurs in East Turkestan and called for the immediate release of moderate critic of Chinese Government policies in East Turkestan, Ilham Tohti. 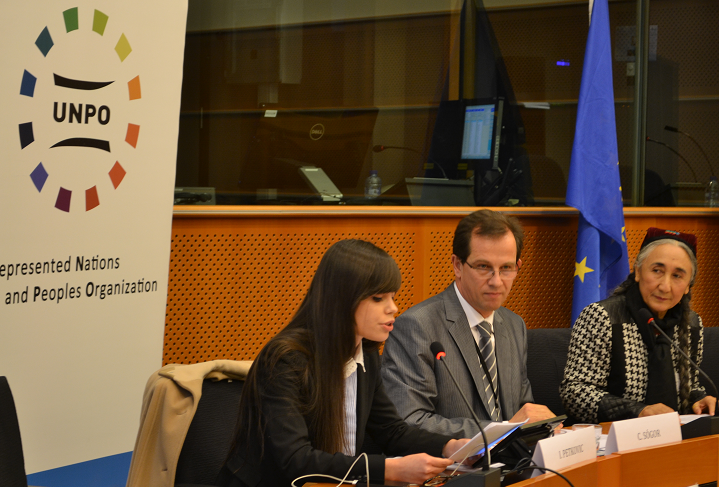 Celebrated Uyghur rights activist, philanthropist, Nobel Peace Prize nominee and former prisoner of conscience in China, Rebiya Kadeer, was then given the floor. She first highlighted the importance that events such as this can have in giving persecuted minorities a chance to have their voices heard. Ms Kadeer spoke of how the Hong Kong demonstrations have reignited the will of other minorities in China, including the Uyghurs, to utilise peaceful democratic means in their pursuit of increased representation and increased respect of their rights by the Chinese State.

However, Ms Kadeer warned that the Chinese Government is using excessive force to supress the rights of those people it claims to protect. This often violent backlash against members of minority groups who try to peacefully and democratically demonstrate has intensified since the Hong Kong protests. She explained that the Chinese Government is now more nervous than ever about the spread of democratic sentiment in the country and that under Xi Jinping’s Presidency, retaliation against peaceful opposition has intensified. 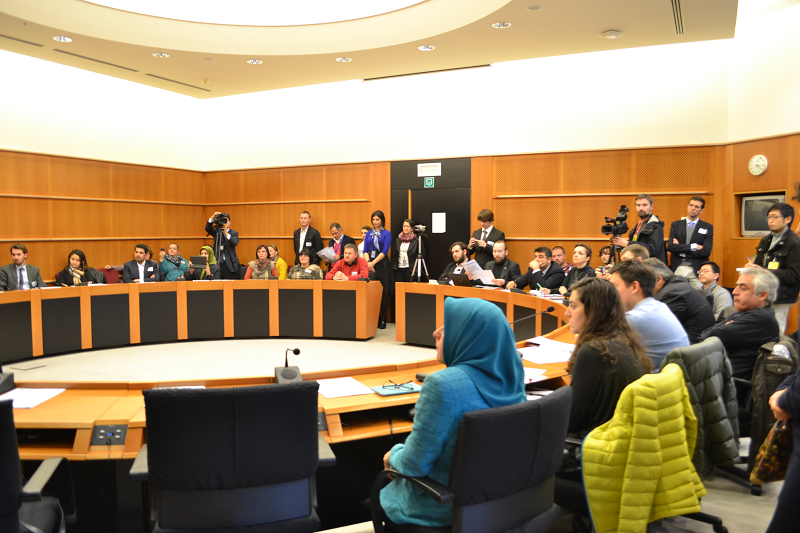 In response to the protests held in East Turkestan (Xinjiang province), in which most of the Chinese Uyghur population lives, the state instigated brutal repression. Ms Kadeer cited the deaths of 495 Uyghurs, the arrest of 976 others and the 62 executions that have taken place without due process. Among the these direct tactics, and particularly the ‘act first ask questions later’ attitude, adopted by authorities under President Xi, families of activists are also being targeted in retaliation to open opposition. Ms Kadeer herself currently has one son facing a nine year jail sentence, and another who has only recently been released after facing a seven year jail sentence. Her extended family are all under tight observation and have no freedom of movement outside of East Turkestan.

Ms Kadeer then went on to declare that the relationship between the Uyghur minorities and the Chinese State are at their lowest point in decades. Attacks on Uyghurs are often portrayed by the Chinese Government and State media as efforts in the ‘War on Terror’ – an opportune excuse used in light of the fact that the Uyghur population are predominantly Muslim; a stone which has been left relatively unturned by international media. Ms Kadeer implored the Chinese Government to recognise that there is a deteriorating situation in Xinjiang; that they are to be held responsible for the escalation of the unrest in the region; and that until they address the situation correctly, they are on the “wrong side of history.” She also highlighted the importance that the international community has in pressuring China to redress the situation, particularly since China’s role in the world is getting more significant with each passing day.

After Ms Kadeer’s speech there were a number of questions from members of other unrepresented minorities from around the world and from members of countries currently dealing with minority issues. Discussions outlined the importance for minorities who are facing persecution to come together and offer each other mutual support and solidarity, particularly at events such as this.