The Unrepresented Nations and Peoples Organization (UNPO) and the Nonviolent Radical Party held a Side Event on Tuesday, June 11th, in the Palais des Nations in Geneva entitled
''Iranian minorities: what future after Ahmadinejad?''.

Geneva, 11 June 2013 - The Unrepresented Nations and Peoples Organization (UNPO) and the Nonviolent Radical Party held a Side Event on Tuesday, June 11th, in the Palais des Nations in Geneva entitled ''Iranian minorities: what future after Ahmadinejad?''. The Side Event focused on the human rights situation of Iranian minorities and provided a platform for discussion with regard to the upcoming government change in the country.

The event, moderated by Mr. Antonio Stango from the Nonviolent Radical Party, began with an opening speech by Mr. Hillel Neuer, the executive director of UN Watch. Dr. Karim Abdian, the executive director of the Ahwazi Human Rights Organization, inaugurated the panel discussion debating the upcoming elections and the regionalization of the Syrian conflict and the influence it exercises on Iran. Mr. Abdollah Hejab, the Kurdish representative of the PDKI and UNPO presidency Member, followed with a speech on the difficulties facing minorities in Iran.

Mr. Baban Eliassi then took the floor and discussed the electoral process in Iran and its effect on Kurds, Balochs, Turkmen and Ahwazi people. His speech was followed by Mr. Taimoor Aliassi, the UN representative of the KMMK-G, who discussed the role of drug-related offenses as a tool of repression against ethnic nationalities in the country.

The event was concluded by a presentation from Ms. Marina Nemat. The international best-selling author gave a moving account of her experiences in Iran and her imprisonment in Evin, a political prison in Tehran. During the question and answers, Dr. Hajimuhammet Kor, a member of the Iranian Turkmenistan Human Rights Defense Organization gave an interesting insight on the situation of Turks who also undergo discriminatory practices in Iran. 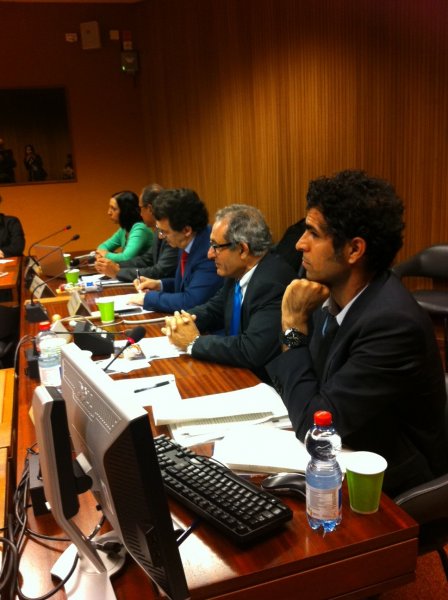 A report of the event is available here.

To see the video of the event go here.