UNPO General Secretary's Statement on the International Day of the Disappeared 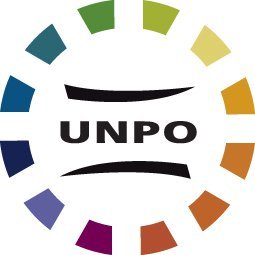 The Hague, 30 August 2012 – Despite international laws and conventions, enforced disappearance remains a common practise used by authoritarian regimes around the world to silence their critics.  As current and former UNPO members from Chile to Timor Leste will testify, it is a method intended to muzzle and repress opponents whilst spreading terror through society.

But nevertheless, nonviolent activists campaigning for their political, civil, economic, or religious rights continue to stand against these attempts to silence their legitimate activities.  Enforced disappearances, recognized as a crime against humanity, violates a catalogue of guaranteed human rights, from rights to liberty and security, to the most basic right to an effective remedy.

Marino Busdachin UNPO General Secretary, speaking on the occasion of the International Day of the Disappeared noted that,

"We cannot face this deeply rooted and well-established practice, merely by dedicating a day. More needs to be done. Countries must sign and ratify the International Convention for the Protection of all persons from enforced disappearance.  Those that have ratified must work to curb and end this terrible practice. Only with concerted action by the International Community will we be able to contemplate a third anniversary with less disappeared persons.  Such a prospect appears mournfully remote today.

Growing numbers of UNPO members are confronting these abuses on a daily basis. In Balochistan thousand of activists, journalists or lawyers have been enforcedly disappeared and killed, with the Pakistani Supreme Court having declared the Pakistani Military as responsible for 95% of the committed disappearances. Similar practices are employed against Sindh activists, while thousands of Tibetans, Uyghurs are amongst those ‘disappeared’ by Chinese authorities.