2009 Meeting: Special Audience with his Holiness, the Dalai Lama

The Hague, The Netherlands 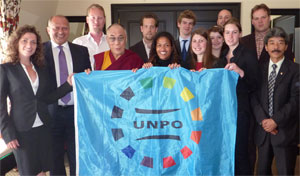 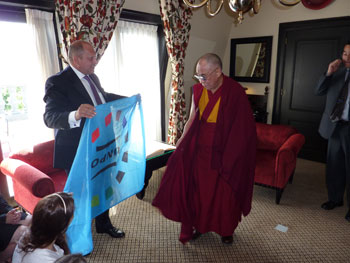 A private meeting was held between UNPO staff members and the Dalai Lama during his tour of the Netherlands.

The Unrepresented Nations and Peoples Organisation had the unique honour today to meet with His Holiness the Dalai Lama while the Tibetan leader was on his third day of visit to the Netherlands.

During this meeting with the Nobel Peace Laureate, UNPO General-Secretary briefed the Dalai Lama about UNPO activities in recent years and the challenges the organisation was facing.  Mr. Marino Busdachin also informed the Tibetan leader about UNPO’s recent activities on Tibet, including interactions with the Tibetan Government in Exile (aka Central Tibetan Administration), based in northern India.