2009 Conference: Liberation from the Legacy of Colonization: A Khmer Krom Voice For Self Determination In Asia Pacific

In May 2009, the KKF held a demonstration in the Place des Nations in Geneva, attended by over 400 people that sought to increase international attention about the repressive policies of Vietnam. The event coincided with the 5th Meeting of the Universal Periodic Review Working Group of the United Nations Human Rights Council, during which Vietnam was up for examination for the very first time. This conference, in Paris on 13 June 2009, the first in a series planned for the next four years, was intended to capitalize on that momentum and initiate a scholarly discussion on the Khmer Krom as a community. The Khmer Kampuchea-Krom Federation was assisted in the implementation of this conference by the UNPO and the Hawai’i Institute for Human Rights.

The series of conferences intend to address the topic of self-determination in Asia-Pacific, and the plight of the Khmer Krom in particular. This first conference, also the first such event to be held in a Francophone country, focussed on the historical legacy left by colonialism and how modern actions can help overcome that legacy. The interplay between the colonial legacy and human rights was discussed as well as potential steps towards reconciliation and equality. Within this framework, the conference analyzed potential proposals for a path towards peaceful self-determination, with inspiration from the fields of nonviolence, economic justice, political emancipation and international human rights law.
These topics were discussed vividly by speakers, who included Mme. Nelly Roland Iriberry, the Mayor of Villepinte, Mr. Joshua Cooper of the Hawai’i Institute for Human Rights, Mr. To Kim Thong, the Chairman of the Khmer Kampuchea-Krom Federation, Mr. Romy Thach, the President of KKF Youth Council, Ms. Lea Chumchay and Mr. Jerome Bouquet-Elkaim, a prominent human-rights lawyer. A statement from the UNPO was also read out on behalf of Mr. Marino Busdachin.
Over 200 Khmer-Krom attended the event, as well as representatives from partner NGOs. The event was covered by Radio Free Asia.
To view the Conference Rreport please click here or click the image below. 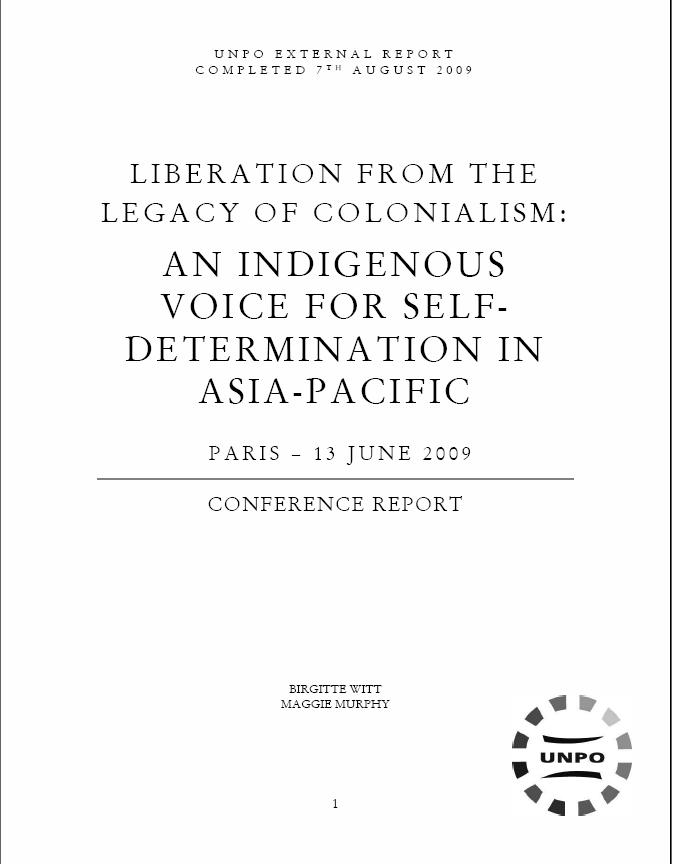