This week, members of the All Parties National Alliance (APNA) staged a sit-in demonstration in front of the Islamabad Press Club in Islamabad, Pakistan. 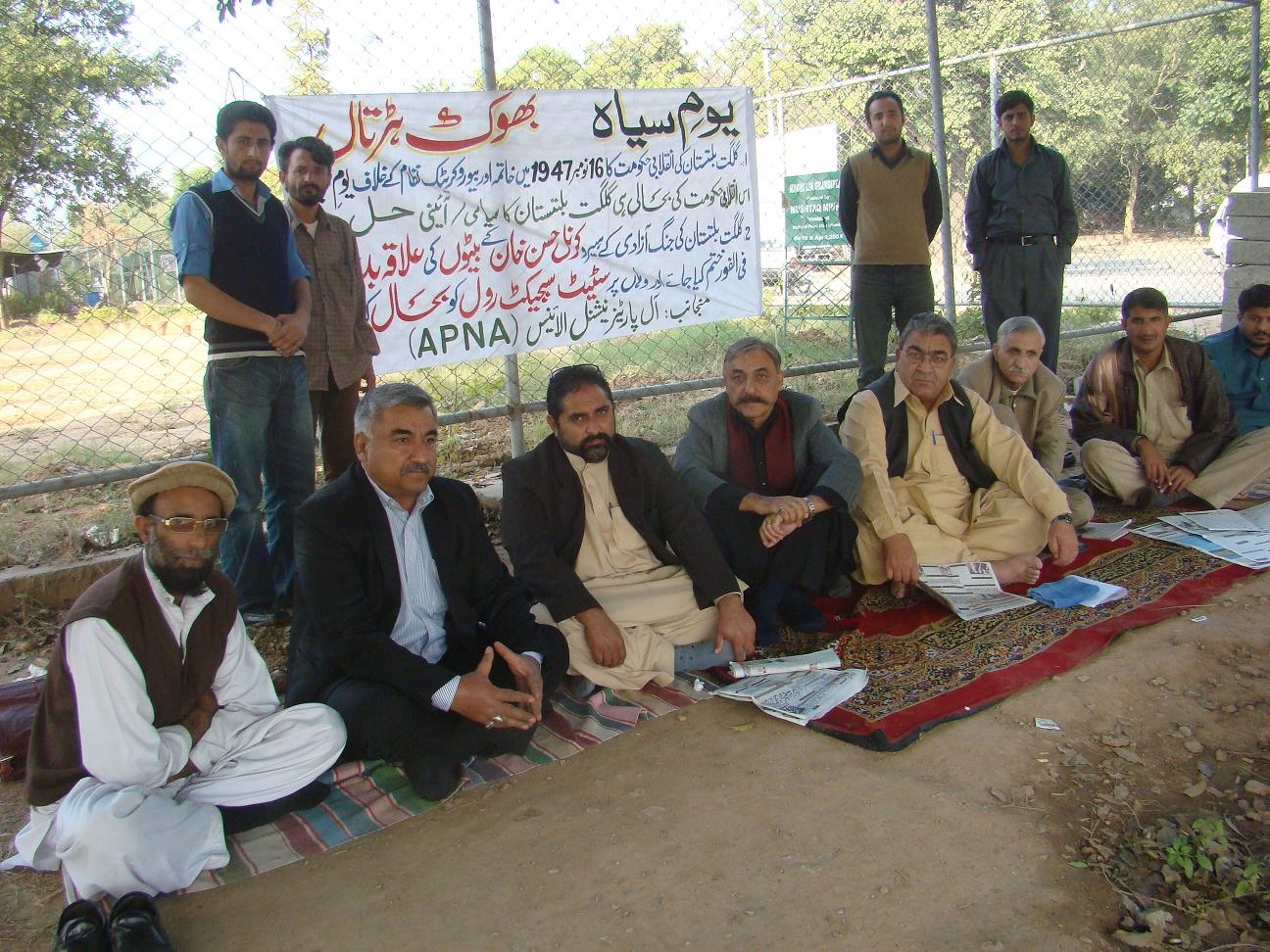 Protesters gathered to voice their discontent with unlawful arrests of several leading members of the Gilgit-Baltistan Democratic Alliance (GBDA) on 31 October, just prior to the elections in Gilgit-Baltistan. The leaders were detained by Pakistani security forces during a peaceful demonstration against Pakistani occupation.

Abdul Hamid, Chairman of the Balawaristan National Front, a member of the GBDA, has said that he “condemn[s] the brutal and illegal act”.  The GBDA has since boycotted the elections, calling them fraudulent and undemocratic.

Among those in attendance at the sit-in were students from the Balawaristan National Students Organization as well as APNA Chairman Wajahat Hassan Khan, Retired Colonel Nadir Hassan, Professor Abdul Razq Khalid and Arif Shaid, all of whom had been detained by Pakistani police during last month’s demonstration.