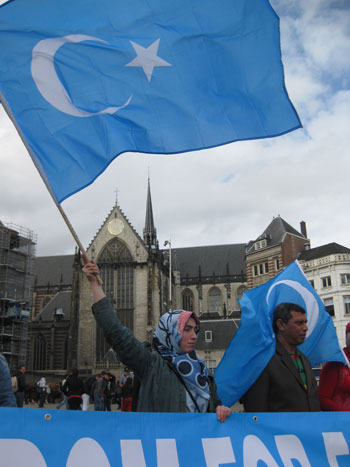 Today, following hasty trials cloaked in secrecy, Beijing executed nine individuals for their roles in the violence in Urumqi this year.

Today, in a display of absolute disregard for the 2007 United Nations Global Moratorium on the Death Penalty, Beijing executed nine individuals for their roles in the violence that consumed Urumqi in July of this year.

The executions came amidst domestic clamour from the Han Chinese population to see members of the Uyghur population punished for the riots. The death toll has been officially estimated as just short of 200, the majority of whom were formally declared to be Han Chinese. The World Uyghur Congress refute these statistics, stating that many hundreds were killed, the vast majority of whom were actually Uyghur. They also demand the return of hundreds of male family members who were forcibly removed from their homes on the evening of July 5th and are being detained in an unidentified location.
In immediate response to the executions, Mr. Marino Busdachin, General Secretary of the UNPO declared that the executions “make a mockery of international norms of justice, truth and humanity”. He continued that “the provision for equality before the law, as enshrined in the Chinese constitution is tokenistic at most”.

Mr Dolkun Isa, General Secretary of the World Uyghur Congress had said of the trials that the men “were neither granted their right to a lawyer, nor to a fair legal process, thereby violating both international law and the Chinese constitution.”
It is believed the group were composed of one Han Chinese and 8 Uyghurs, each of whom were denied access to legal representation. The trials took place amid a shroud of secrecy, behind closed doors and without independent observers.

UNPO has repeatedly called for an international, independent investigation into the events that took place in Urumqi and Shaoguan, led by the UN or the European Parliament. Without such intervention it is likely that the Uyghur population will be apportioned a disproportionate amount of the blame and will pay for it with their lives. China’s government currently sentences more people to death each year than any other nation in the world. The UNPO condemns the executions of both Hans and Uyghur and this display of violence will only beget more violence. The UNPO urges China to show restraint and to grant its citizens fair trials and to abide by the basic human rights of all of its peoples, regardless of their ethnicity.